WHEN I told one woman that she was being moved onto Universal Credit, she threatened to slit her wrists with a razor blade.

It was a horrible phone call but I wasn't surprised – because just a few days before a man had threatened to use his car to mow down people to prove he was mentally ill. 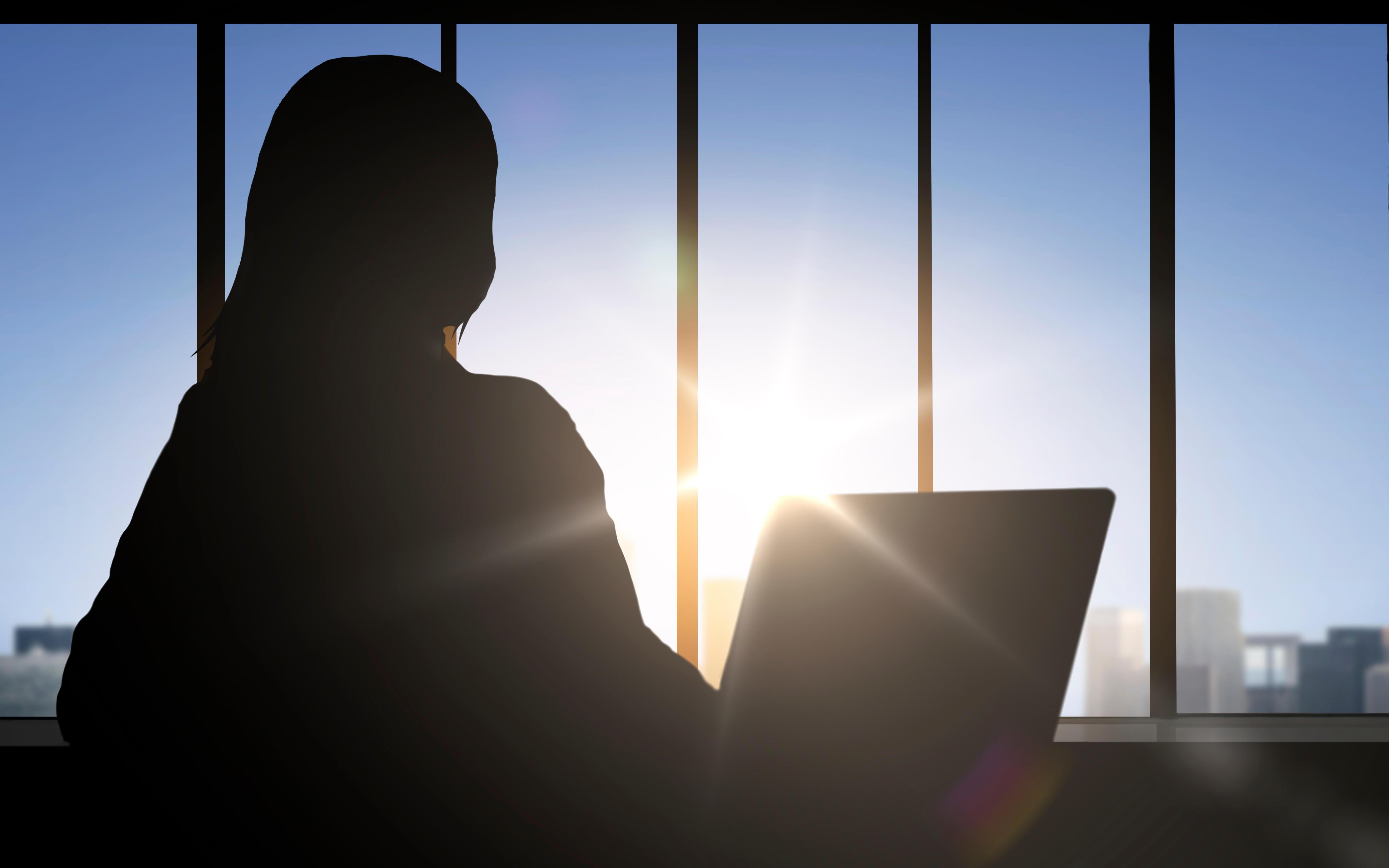 I work in a benefits office and my job is to tell people that their Employment Support Allowance (ESA) is being stopped and many of them are now moving onto Universal Credit.

It’s such a depressing, horrible job. I've seen the effect of the terrible roll out of the new system – and speak to victims every day.

Not only are they often having their payments reduced, but they are left without any benefits at all for five weeks while they wait for their first Universal Credit payment.

For people on the breadline five weeks is a long time, as The Sun has highlighted with its Make Universal Credit Work Campaign.

Every day I speak to someone who threatens to hurt themselves. I tell their doctor, or if I'm worried the threat is immediate I call the police.

There was a man who said he would stab his healthcare assessment professional because they "weren’t listening" to them.

Another man in a homeless shelter said he was going to attack his support worker.

These people clearly need help, but we can’t help them. I feel really sorry for them and worry about what will happen.

'I've had no training in Universal Credit'

My job is to tell people their ESA payments are stopping and they must now make an application for Universal Credit, but, incredibly, I've had absolutely no training about how it works or how they can apply.

But I’m not the one you need to feel sorry for because I’m paid to do the work.

It’s the the people I’m calling that I worry about because I think Universal Credit and current benefits system clearly isn’t working.

Like the people whose stories The Sun has told over the past few weeks –  Dean Lowell-Payne who tried to kill himself on the phone to the benefits office.

And Tanya Lawson who walks to work everyday to save cash, despite a painful foot problem.

Its not fair that she is a single mum with three jobs and can't afford to pay her rate due to the unfair taper rate.

He and his wife Paula, 51,  even considered putting their youngest two children into care because they were so worried about not being able to afford food.

It was on a call to the Department for Work and Pensions (DWP) Universal Credit helpline that he took an overdose of painkillers after three months without any benefits.

"I didn’t even hang-up the phone. I told the soulless b*stard exactly what I was doing," said Dean, who uses a wheelchair.

The next thing Dean can remember is the police and paramedics arriving. He was taken to hospital and fortunately made a full recovery.

A DWP spokesperson said: “We sympathise with the distress Mr Lovell-Payne felt.

“Jobcentre staff handled his claim sensitively and in line with their duty of care.

“A Universal Credit payment was made as soon as Mr Lovell-Payne’s claim had been properly verified.”

Ministers expect another 1.6million people to go onto Universal Credit this year and eventually 7 millions families will go onto UC.

We used to have targets and there was lot of pressure on us. I've heard other offices still have them.

It meant I had to close between 5 to 7 cases a day. Each case takes at least 45 minutes to read and some of the more complex ones can take longer.

If someone has a long list of problems then it can take up to three hours for me to read through their case notes, make a decision and phone them to tell them.

The only way to hit that target was not to make those phone calls. If people aren’t getting the phone call then they don’t even know that their benefits are being stopped until they get a letter in the post.

Some of the hardest calls are with labourers approaching pension age who can no longer do the job they’ve done for 40 years.

One million people are already receiving it and by the time the system is fully rolled out in 2023, nearly 7 million will be on it.

But there are big problems with the flagship new system – it takes 5 weeks to get the first payment and it could leave some families worse off by thousands of pounds a year.

And while working families can claim back up to 85 per cent of their childcare costs, they must find the money to pay for childcare upfront – we’ve heard of families waiting up to 6 months for the money.

Working parents across the country told us they’ve been unable to take on more hours – or have even turned down better paid jobs or more hours because of the amount they get their benefits cut.

It’s time to Make Universal Credit work. We want the government to:

Together, these changes will help Make Universal Credit Work.

In theory they could do any other job but what company is going to invest in training for someone with zero experience who can’t use a computer?

Those are heartbreaking calls, especially as with UC you have to use a computer to apply and manage your claim.

You want to do the right thing but there is pressure on you to close the claim. We don’t have time to read over the cases properly.

You’ve got people’s lives in your hands but no time to do anything more than skim read their stories. 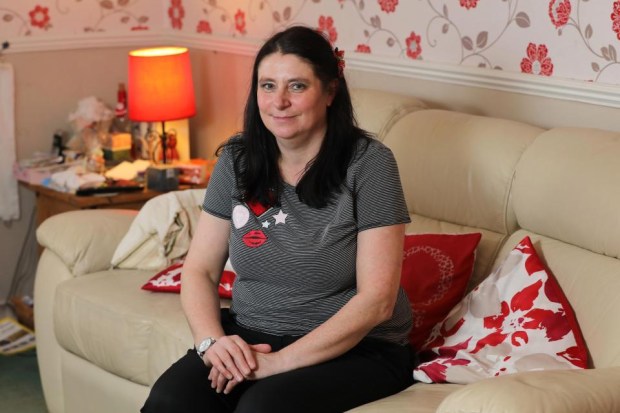 The 51-year-old mum of one, who lives in Stockton-on-Tees in County Durham, is struggling to keep up with bills and is so strapped for cash that she has to walk the four-mile round trip to work as she can't afford the bus fare, despite suffering an agonising foot condition.

"It brings me to tears, because it's so humiliating to be put through this month after month," Tanya told The Sun.

"The jobs I do mean I'm on my feet all day in the school yard supervising, in after-school clubs putting out and packing away toys, tables, chairs, and walking round supervising the children," said Tanya, who suffers from plantar fasciitis, a condition which causes heel and arch pain.

Tanya, who lives with 17-year-old son Christian, says her salary varies from £200 to £800 a month as her hours are affected by school holidays, and as a result she never knows how much she will receive in Universal Credit.

If she manages to secure more hours, Universal Credit's harsh taper rate means that she is taxed 63p for every £1 she earns over £198 a month.

The taper rate is calculated monthly based on what you earned the previous month, rather than on an annual basis.

This means Universal Credit payments can fluctuate month to month as earnings rise and fall.

“I seriously wonder whether it’s worth me working at all, considering what they take off my benefits because I earn a wage,” she says.

A spokesperson from the Department for Work and Pensions (DWP) said: “Universal Credit adjusts automatically to earnings to ensure people receive the right support.

"We have investigated the earnings used in Ms Lawson’s claim and have confirmed her payments have been calculated correctly.”

My job is to tell people they’ve failed their work capability assessment, they are fit to work and won’t be getting extra cash.

Often they must now apply for Universal Credit – otherwise they are staying on their current benefits but won't be getting any extra money.

We do have scripts but to be honest we don’t follow them as they make you sound robotic.

The scripts are really long and detailed and explain the process.

They are there to prompt you to talk through the explanation of a decision but they are too generic to use really.

We aren’t really pushed to use them.

You need GCSEs and ALevels to apply but most people start with an entry level job processing forms or doing admin and then work their way up.

We have a training process on how to make the right decision and how to register that on our systems but we have no medical training.

I’ve had no training in mental health and don’t know how to deal with people when they say they are suicidal.

It’s so much pressure and responsibility for someone who has zero training in dealing with vulnerable people.

It's very stressful. I’ve had time off work, partly because of the kind of work that we do.

There is no job satisfaction and it is an emotionally draining job.

I feel really bad for the people who we have to tell their benefits are ending. We all do.

I sometimes don’t want to go to work because you know you’re going to destroy someone’s life.