A WOMAN blamed stress for her three-month long period until doctors found out the true cause was devastating.

Bansri Dhokia, 30, from Ealing, West London, is now urging others to see their GP as soon as they are unwell. 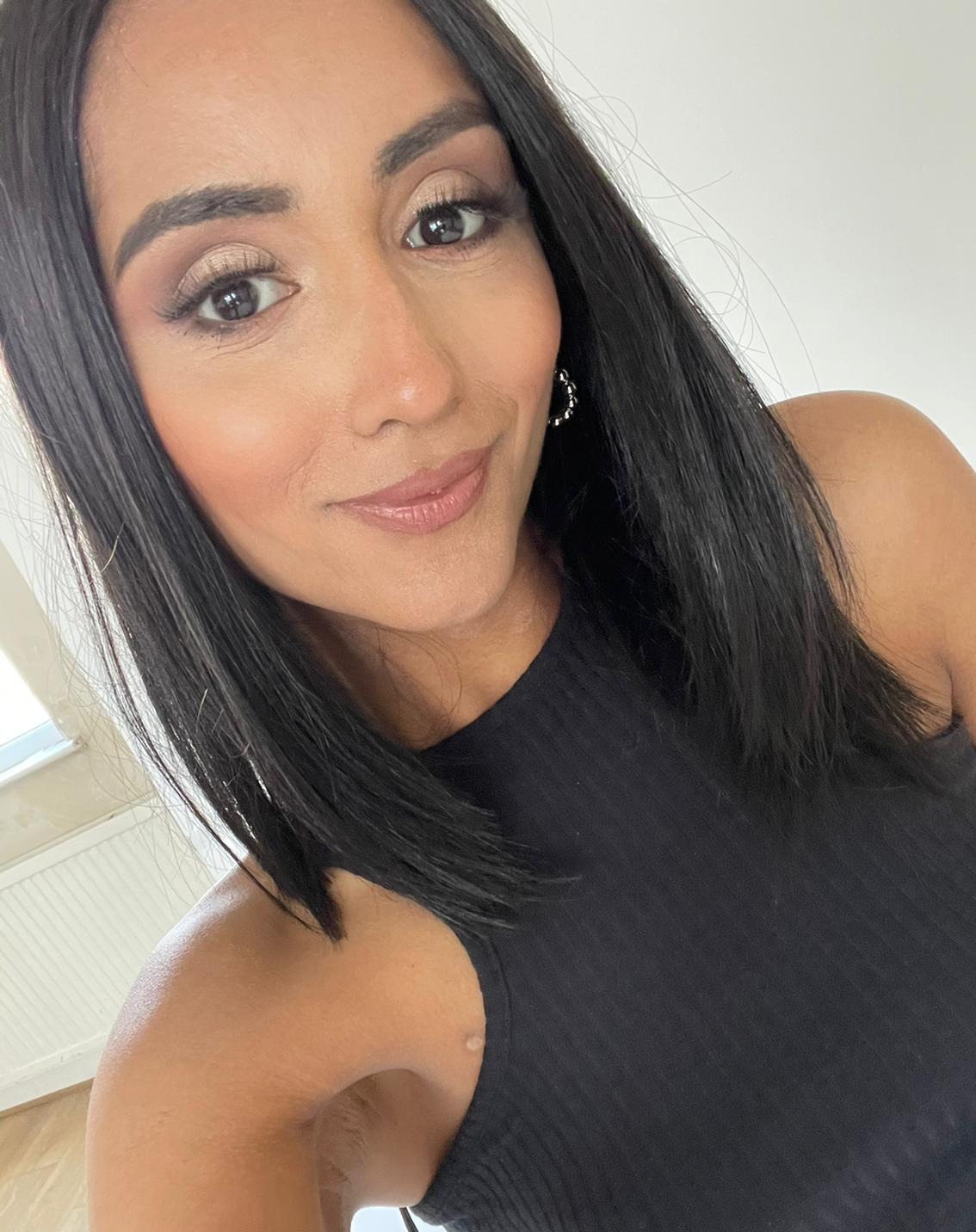 She thought at worst, her odd periods, fatigue and breathlessness would be down to “anaemia or low thyroid function that could be treated with medication”.

But the truth was far worse, and Bansri was diagnosed with a blood cancer.

Bansri was taken into hospital that night where she stayed for 12 weeks having intense treatment to save her life.

Speaking of her symptoms, which started in May 2020, Bansri said: “I blamed it on being overworked.

“With blood cancer, the symptoms are often quite vague and hard to diagnose.

“I really noticed the fatigue first. I could sleep for 12 hours a night and still feel exhausted.

“Then I started to get breathless all the time. There were activities like climbing stairs or walking down the road that I used to find easy but was suddenly finding more difficult.”

Bansri’s heavy period, which had been ongoing for three months, was particularly unusual for her.

She made repeated trips to the doctor to find out what was wrong – but kept being pushed back.

The first four blood tests between May and July came back clear and by the time she had a fifth on 21 July, she was starting to get fed up.

Busy with work, Bansri almost missed the appointment but luckily, her husband Amrit Sagoo encouraged her to go.

She said: “I went for the blood test in the afternoon and that evening, I was brushing my teeth when I got a call to say the ambulance was coming to collect me.

“They explained I needed to go to hospital right away. I thought it was just for a night and packed an overnight bag.

"I didn’t know what was wrong and that I would end up staying in hospital for 12 weeks.”

Tests at the Royal London hospital revealed Bansri had acute lymphoblastic leukaemia (ALL), a rare cancer affecting just 790 people in the UK each year, mostly children and young people. 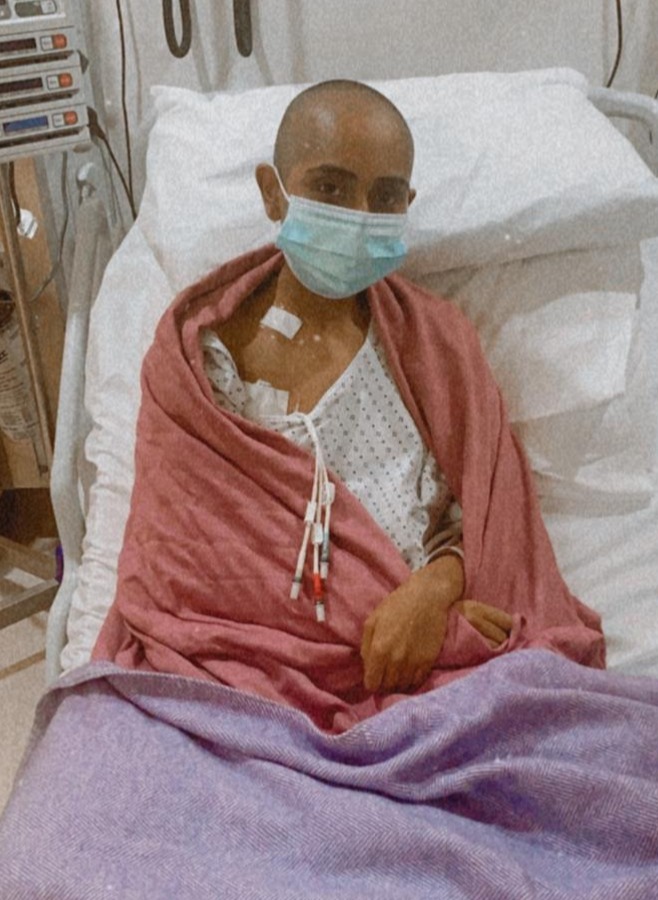 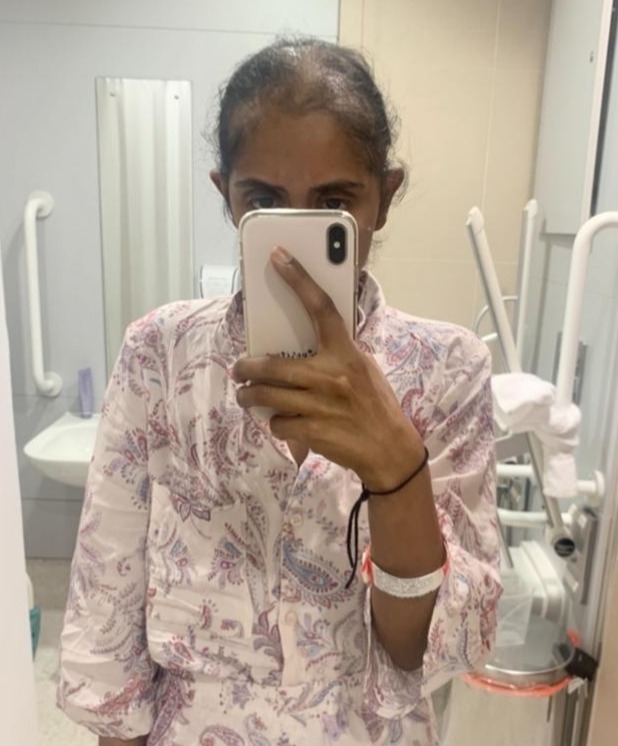 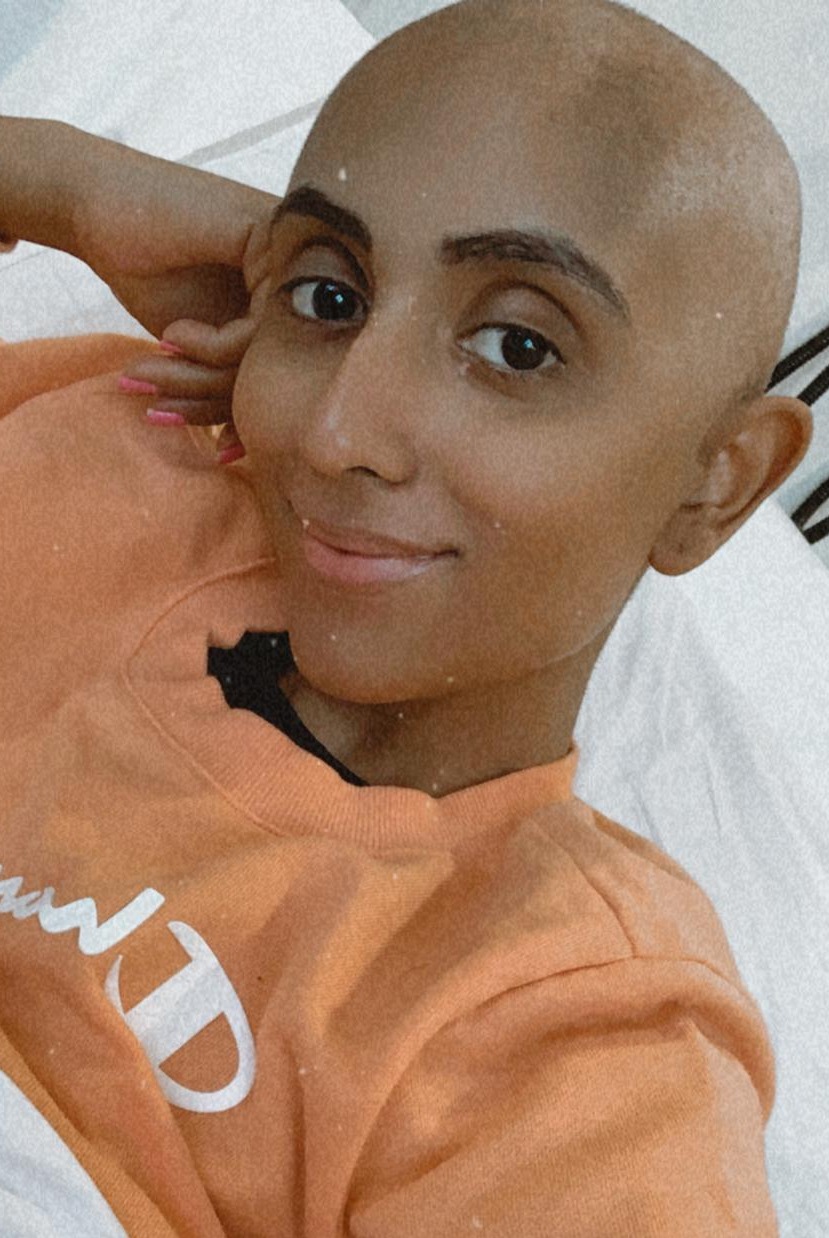 Almost seven in 10 will survive ALL for five years or longer after diagnosis, and four in ten in those aged 25 to 64.

Bansri said: “I didn't know much about leukaemia. I was really scared for my life. I had no idea what the prognosis was. I just cried and I kept questioning why this was happening to me."

With lockdown restrictions still in place, Bansri had to tell her friends and family about her diagnosis over Zoom.

She said: “It was the hardest thing I have ever had to do. I asked my sister to gather my family in the living room. We are very close and I could not look at her because I just couldn't deal with seeing the sadness in her face."

Bansri started chemotherapy straight away, because ALL is very aggressive and develops quickly.

She said: "It was so upsetting seeing pieces of my hair fall out on my pillow. I was growing it as we were planning to have Hindu and Sikh religious wedding ceremonies in 2020, after our civil wedding the year before.

"One day I just asked the nurse to shave my head, and in that moment, I felt really empowered."

But one of the hardest parts of the treatment – which she now needs therapy to recover from – is that she couldn’t have visitors for the first eight weeks due to Covid. 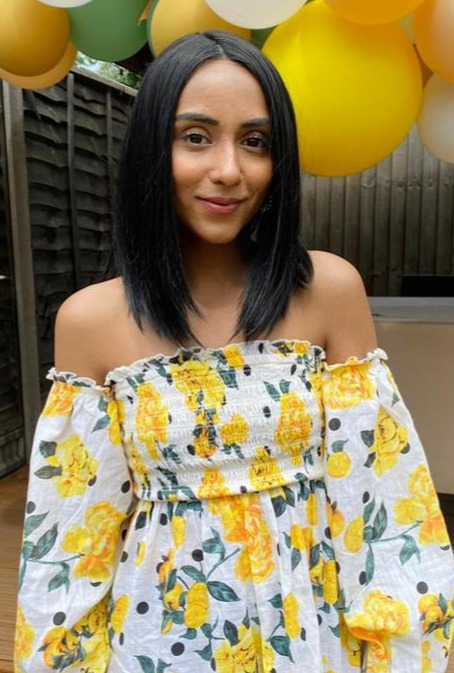 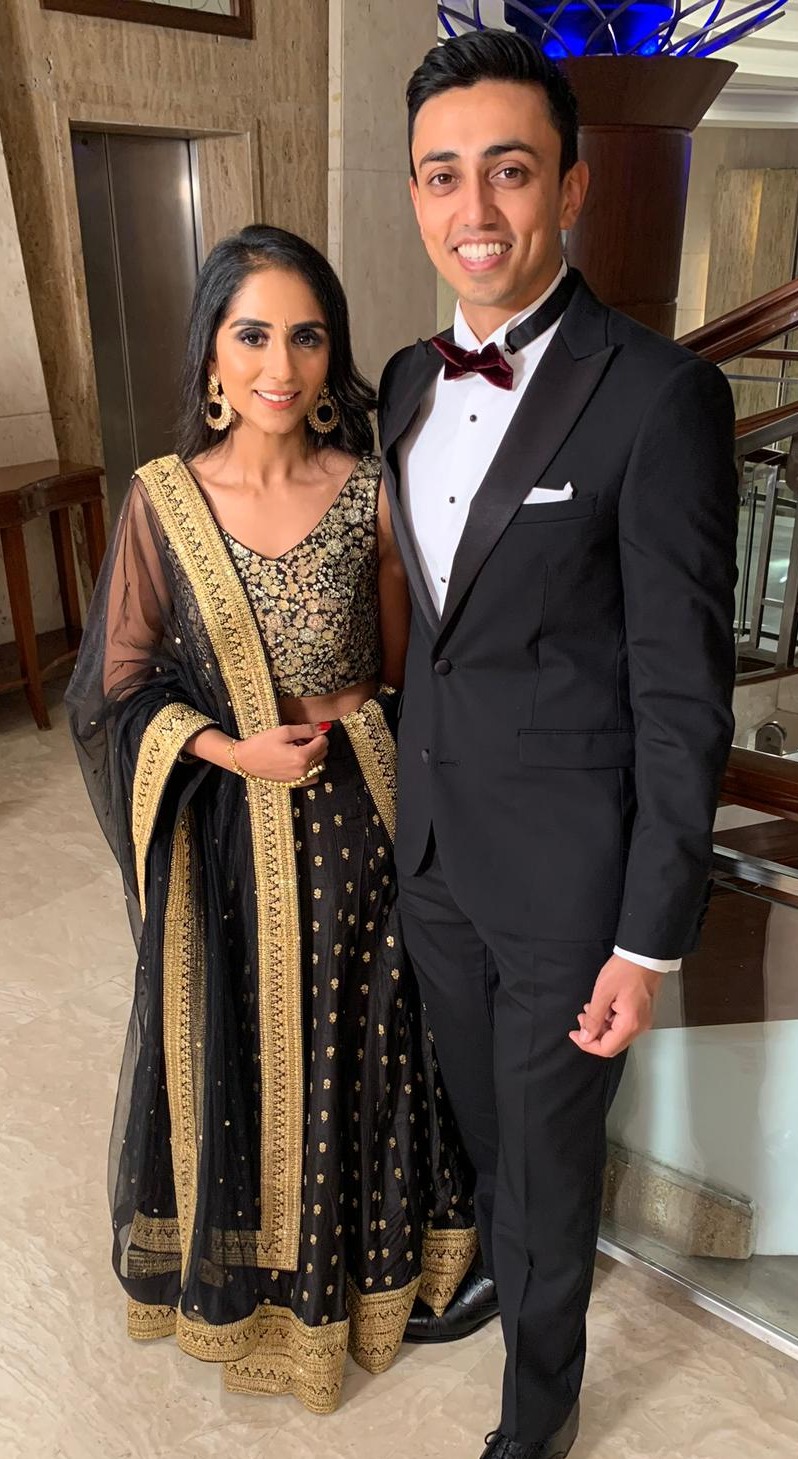 Bansri then needed a stem cell transplant to improve the chances that she would go into remission.

During the procedure, the patient has stem cells of a donor, sometimes a complete stranger, injected into their blood. The cells find their way to the bone marrow, helping it to start making normal cells again.

Most people who are white Europeans find a match from a related or unrelated donor on a large registry, but 400 UK patients don't find a suitable donor each year.

Bansri said: “I knew immediately that being from an Indian background, there was a very low chance that I would find a match.”

“That was quite scary because I knew how important it was to have a donor to save my life,” Bansri said.

Luckily one of Bansri’s two siblings was a match, and the transplant took place in February 2021.

Bansri said: “My recovery is going well so far but a stem cell transplant comes with many side effects, which are lifelong.

“I have a long road to go but I take it day by day. Each month I get through is a success."

Bansri is vulnerable to infections because the transplant made her immune system weaker, and so she and her husband are still having to shield.

Bansri is urging people to join the stem cell donor register, particularly those in Asian communities.

HOW YOU CAN HELP SAVE A LIFE

REGISTERING to be a blood stem cell donor is easy.

Even if you can't donate to your relative, you might be able to become a donor for someone else. You can do this by contacting one of the UK registers.

There are different donor registers in the UK. These work with each other and with international registers to match donors with people who need stem cells. 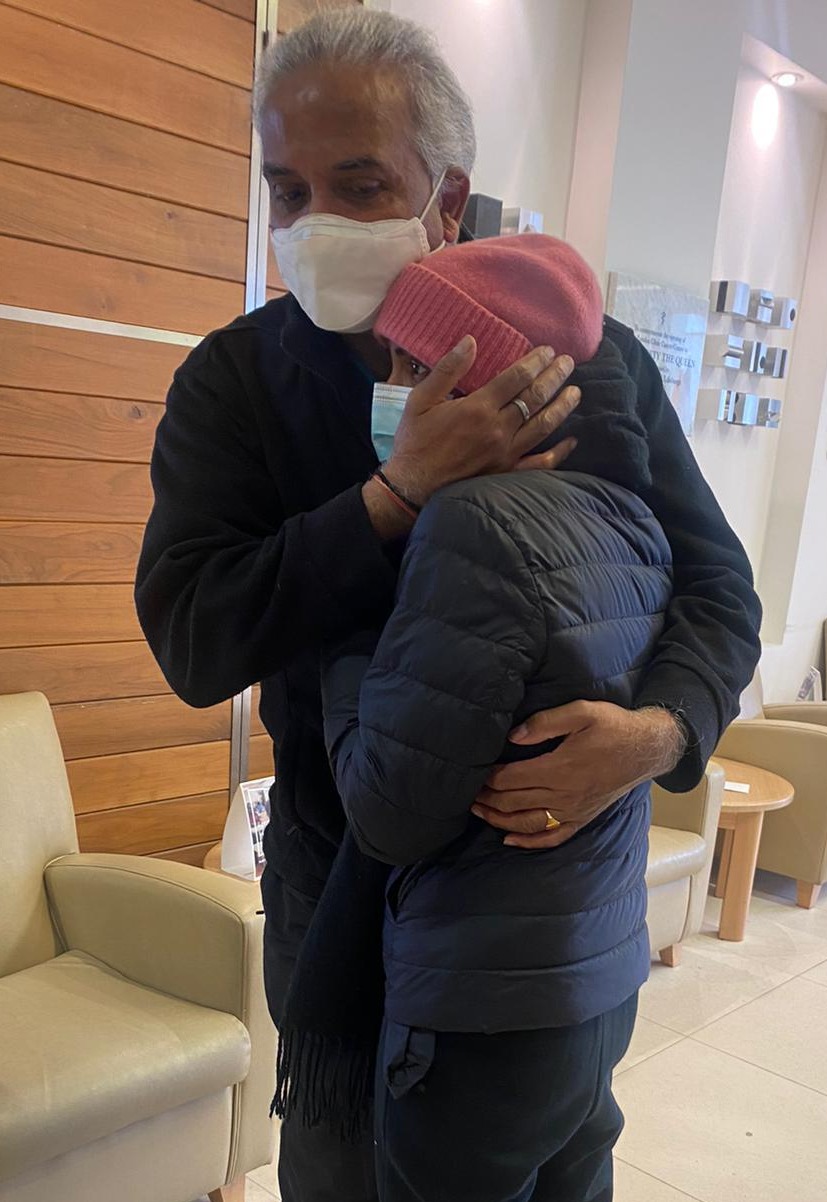 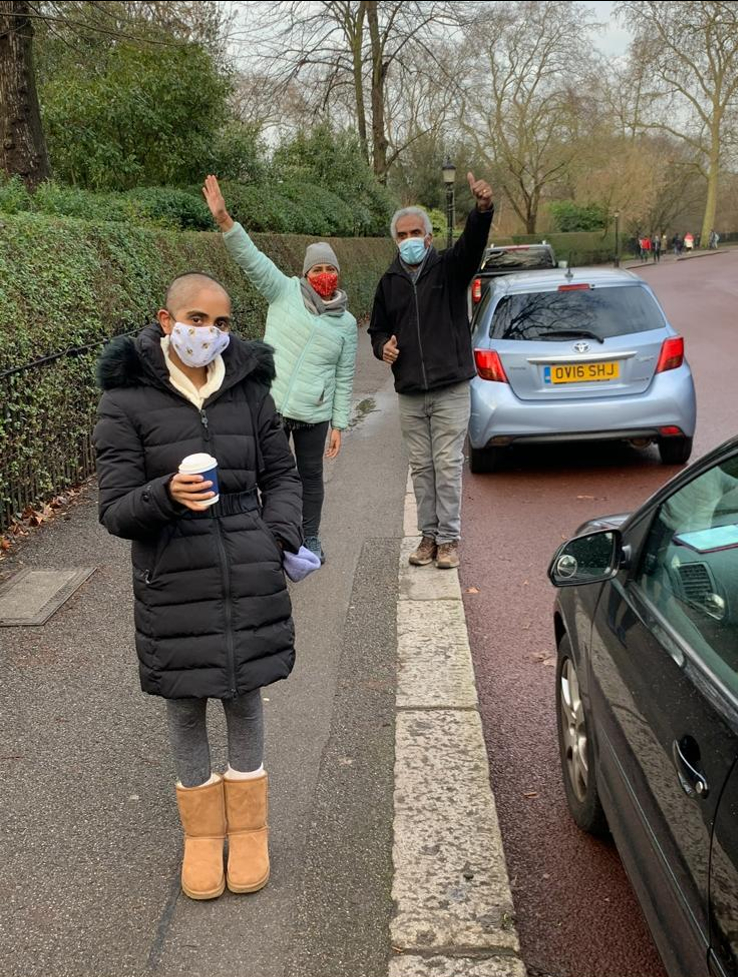 She said: “People often have a misconception that, when you join the donor registry, you're giving something up, for example, in a kidney transplant, you do give up your kidney, and it's a longer recovery time.

“My sibling was in hospital for a few hours on the day and didn't have any side effects afterwards.

“In my community, cancer is a bit of a taboo subject and people don’t speak about it so I think there is a lack of awareness of the importance of signing up to be on the register.”

Bansri is also taking part in the Leukaemia Care’s Spot Leukaemia campaign, which urges the general public to understand and recognise the signs.

She said: “I want to see more Asian people talking about it because it’s not the fault of the person – it’s just bad luck.

“If you’re experiencing any of the symptoms, contact your GP and ask for a blood test. Early diagnosis saves lives.”

The NHS says most of the symptoms of ALL are caused by a lack of healthy blood cells. They include:

In some cases, the affected cells can spread from your bloodstream into your central nervous system. This can cause neurological symptoms (related to the brain and nervous system), including: