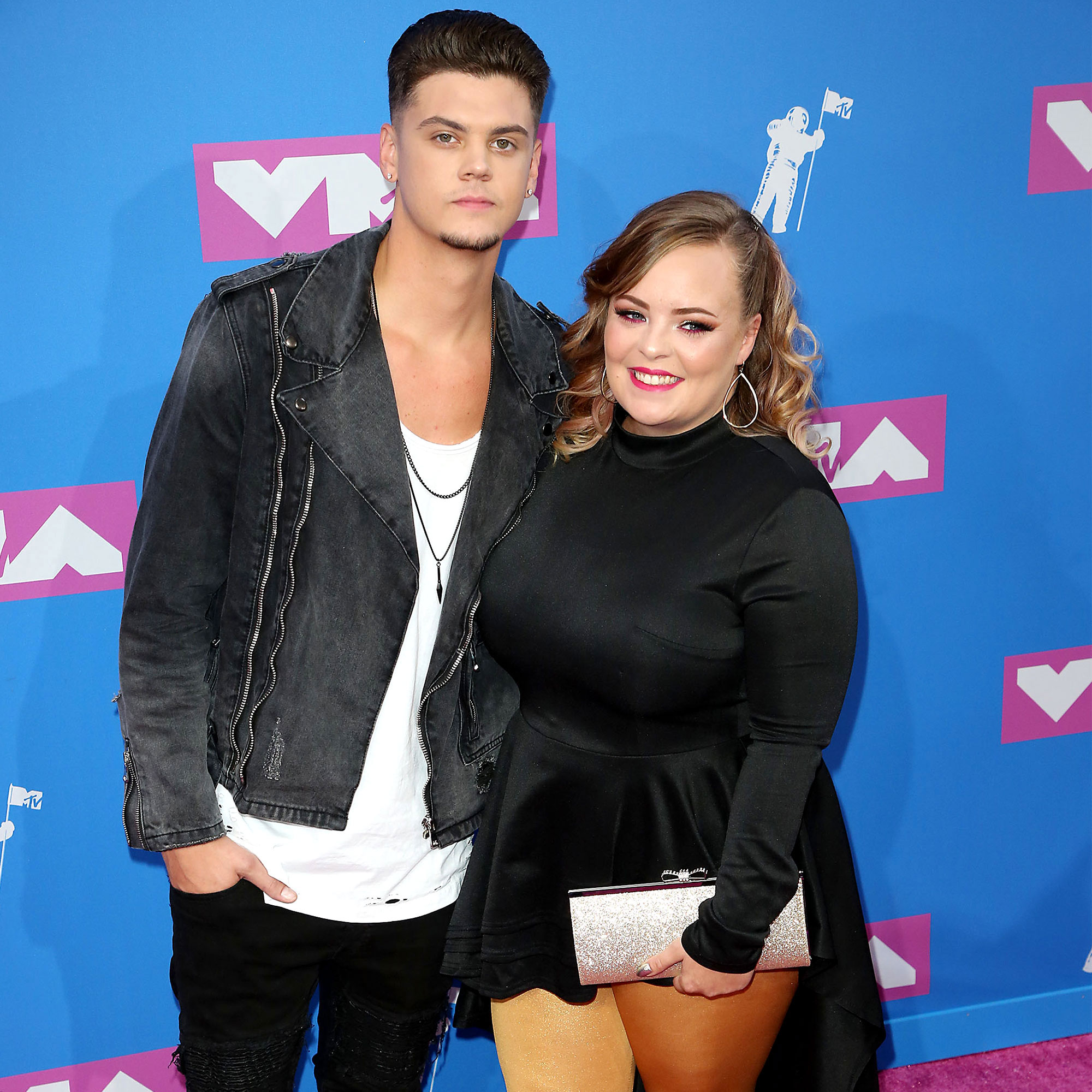 An important discussion. Teen Mom: The Next Chapter stars Catelynn and Tyler Baltierra addressed their eldest daughter Carly’s adoption with 7-year-old daughter Nova in an open and honest conversation.

The MTV stars — who were 17 years old when they placed Carly for adoption in 2009 — decided to speak to Nova after the little girl became emotional about the situation after school.

“She just started sobbing,” Catelynn, 30, told her husband in the Tuesday, November 1, episode of Teen Mom: The Next Chapter. “She’s like, ‘I really miss Carly.’ She’s like, ‘I don’t — why did you have to separate us?’”

The Michigan native added, “It just never occurred to me, when I was making the decision [to place Carly for adoption] at 16, how it would impact my future children, you know?” Tyler, also 30, agreed with his wife. “I guess I never really thought about it affecting them in a negative way,” he admitted.

The parents, who also share 3-year-old daughter Vaeda and 13-month-old daughter Rya Rose, sat down with Nova to explain their decision to place Carly for adoption as teenagers — a heart-wrenching moment that Teen Mom fans remember from the Baltierras’ 2010 episode of 16 and Pregnant.

‘Teen Mom OG’ Tots in Before and After Pics: How They’ve Grown!

“It feels like that’s my sister and I can’t see her that much,” Nova explained to her parents when sharing why she was missing Carly. “Imagine getting split up from your sister or your brother.”

When the second-grader asked her mom how old she was when she got pregnant with her biological sister, Catelynn told her shocked daughter that she was only 16.

“That is not a grown up,” Nova replied. “You should be, like, 40 or something,” to which Tyler laughed and agreed.

While Nova kept asking questions, Catelynn and Tyler — who began dating in middle school — answered every one with an honest reply. 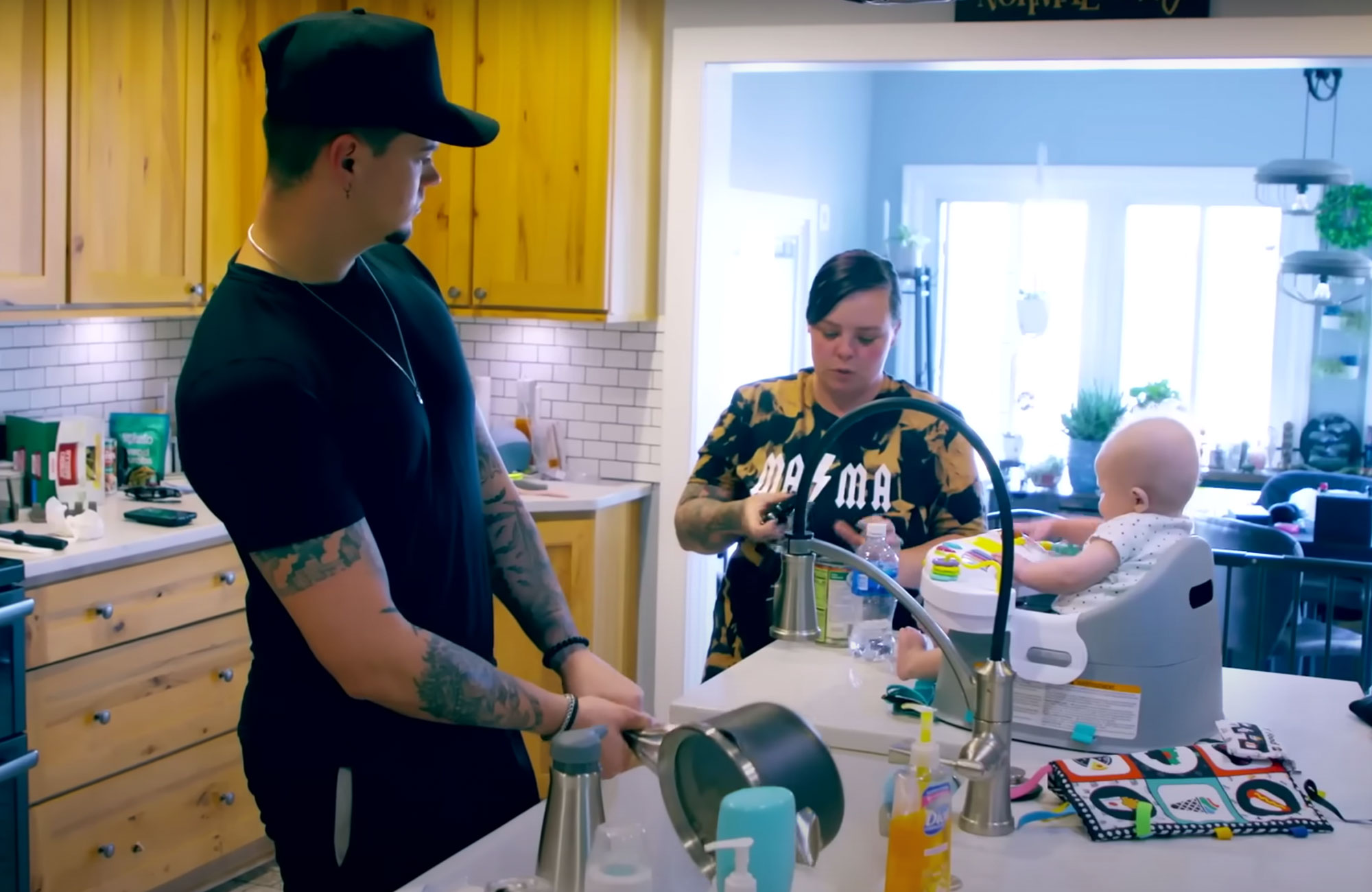 “When mommy found out she was pregnant, me and daddy talked and we said we can’t raise a baby right now,” the microblading expert told Nova. “We didn’t have cars. We were still in school, no jobs.”

When Nova’s questions eventually turned into the big one — “how does the baby [get in] your stomach?” — the conversation ended on a lighthearted note.

Laughing, Tyler explained that “me and Mom have to make the baby.”

“It’s like what animals do,” he told his daughter. “They mate to have babies. You know all about that.”

‘Teen Mom’ Stars Clap Back at Parenting Police Through the Years

Catelynn and Tyler’s rocky relationship with Carly’s adoptive parents, Brandon and Teresa Davis, has played out in front of MTV cameras for more than a decade. While the pair have been candid about their frustrations with the North Carolina couple at times — specifically regarding visits to see their biological daughter and other rules — Catelynn has accepted that is how it is.

“They are her parents. They get to make all the decisions for her and rightfully so,” the Teen Mom OG alum exclusively told Us Weekly last year. “Relationships are hard any which way. So it’s just all about, like, growing and learning and maneuvering.”