How our video doorbell caused a domestic ding-dong: Forget security, it lets ANGELA EPSTEIN’s hectoring husband spy on her every move

Closing the front door after taking out the rubbish, the mobile phone in my back pocket pings loudly.

The screen winks with a WhatsApp message that is as terse as it is unequivocal. It reads: ‘Wrong bin.’

If this were some kind of West End farce, my face would crease with astonishment. There would be much exaggerated head-swivelling to see who’d been spying on me as I went about this most thrilling of domestic duties.

But, as the name is on the message, there are no surprises as to its authorship. My husband, Martin. Committed advocate of putting rubbish in the correct recycling bin. And, above all, guardian of our ‘smart’ doorbell. 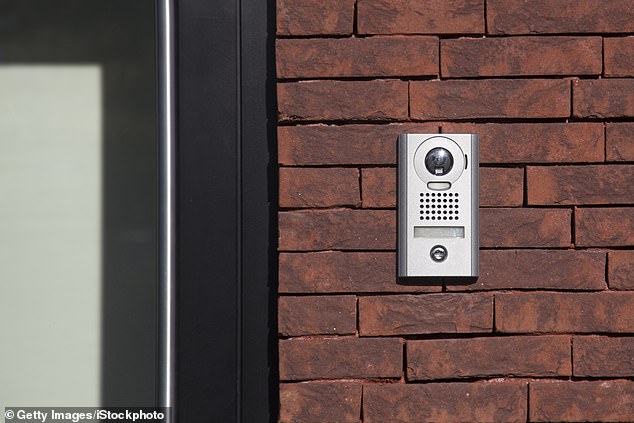 As a judge ruled that a Ring doorbell on a house in Oxfordshire ‘unjustifiably invaded’ the privacy of a neighbour, Angela Epstein reflects on having her own ‘smart’ doorbell (file image)

Yes, thanks to this sneaky piece of equipment, all my deficiencies are laid bare as he observes my comings and goings from mission control — sorry, his office — several miles away.

Today’s transgression was dumping old newspapers in the grey domestic bin. Other times it might be ‘you’ve left your car open’. Or ‘Asos?? Again??’ In fairness, I share this routine offence with our teenage daughter.

Forget the bygone days of the 1970s TV sitcom doorbell. Like Bakelite telephones, they’ve been superseded by a piece of kit that promises not only to tell you, via images beamed to a smartphone, who’s ringing at the front door, but also detect motion. So any comings and goings — gas meter readers, Jehovah’s Witnesses, trips to the dustbin — flash up on the screen. It means wherever my husband goes, home is always in his thoughts. And on his phone.

Which, in principle, sounds like a wonderful idea. But thanks to the enthusiasm of my other half, a chartered accountant turned spymaster general, it’s driving me mad. Of course, smart doorbells, invented in 2013, can cause more trouble than this. Only last week a judge ruled that security cameras and a Ring doorbell on a house in Oxfordshire (which could also record audio from more than 60ft away) ‘unjustifiably invaded’ the privacy of a neighbour.

In this case, Dr Mary Fairhurst claimed the device on the house of neighbour Jon Woodard broke data laws and, when combined with his behaviour towards her, contributed to harassment. The judge upheld both claims, potentially leaving more than 100,000 British households with doorbell cameras at risk of breaching privacy under data protection laws. 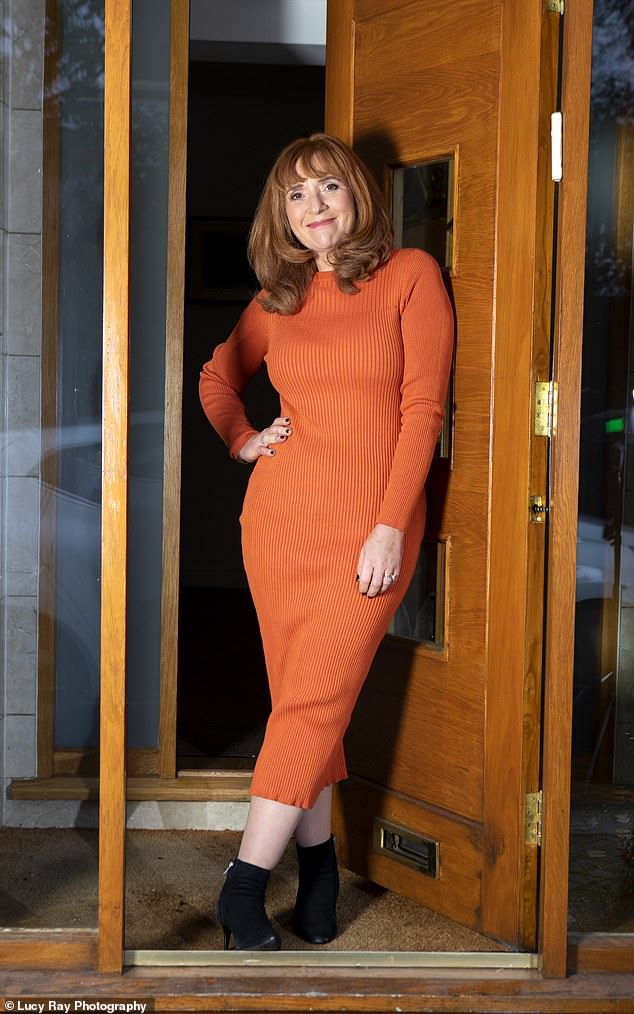 Thankfully, our sloping, hedged driveway means our footage goes no further than the path outside our house. Which means it’s only our comings and goings, and more specifically mine, that come under Martin’s eagle-eyed surveillance.

Our doorbell cost £80, but the technology hasn’t factored into its clever co-ordinates the cost to relationships. The boundless irritation you feel at unwanted intrusion by an absent partner into things that shouldn’t concern them once the’re at work.

Sometimes, granted, Martin is right. Take the other week when, due to a last-minute work assignment, I forgot to tell our cleaning lady I wouldn’t be needing her. As she stood on the doorstep, bewildered by the lack of response, a cross message flashed up on my phone: ‘Why didn’t you tell Sheila you weren’t going to be in?’

Naturally, I was mortified, and phoned my cleaning lady immediately to offer sincere apologies and assure her I’d pay her anyway. 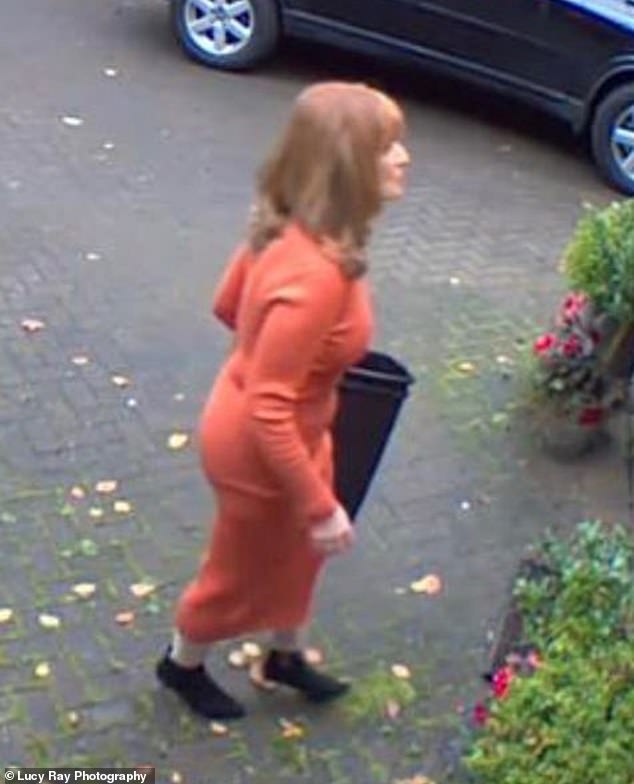 Angela (pictured) said her husband Martin updates her on the most insignificant ‘motion alerts’ dished up on his phone, even on holiday

But thanks to those tell-tale cameras, I also had to listen to ten bars of ‘why are you so forgetful?’ from my other half. One friend with a smart doorbell told me her husband moaned that her parking meant the car was slightly blocking the front path. And another pal fumed: ‘Why does he need to tell me my sister popped round? I know — I was there!’

However, my particular bugbear is the fact that, even on holiday, Martin updates me on the most insignificant ‘motion alerts’ dished up on his phone. When, this summer, we were lucky enough to have a family holiday on the Greek island of Santorini, the last thing I wanted to hear was his riveting news that someone had posted a pizza leaflet through our door.

I should add that my husband is a lovely man who does whatever he can to protect his family.

When we went away for a few days recently, it was Martin who discovered the papers were still being delivered, despite the fact I’d cancelled them. His call to the newsagent dealt with the potential security risk from afar. An important move, even if I was caught putting the papers in the wrong bin after we got home.