Keeping a low profile. 13 Reasons Why star Anne Winters said she hasn’t seen much of Selena Gomez while filming season 3 of the hit Netflix series.

“I haven’t seen Selena!” Winters, 24, told Us Weekly at the 29Rooms opening at The Reef in L.A. on Tuesday, December 4. “I think she has a lot to do behind the scenes, but she’s so busy and doing a lot, so I think that she’s probably not going up to see filming.”

She has met her boss, however: “She was at our wrap party last season … She was super cool, super nice.”

Gomez, 26, has been focused on her mental health as of late. Us confirmed that the “Back to You” singer began seeking treatment at an East Coast psychiatric facility in October. One month prior, she was hospitalized after becoming “despondent and emotional over an alarmingly low white blood cell count.” (Gomez underwent a kidney transplant in the summer of 2017.)

The pop star was readmitted in early October for “an emotional breakdown.” A source told Us at the time: “She had a panic attack and was upset.”

The source added: “Selena is currently resting and getting treatment for a series of panic attacks related to ongoing medical issues. She’s definitely improving every day … She could come back soon. She’s not in, like, a 30-, 60-, 90-day program. Her treatment is open-ended.”

A second insider told Us that Gomez had been going through a tough time prior to her treatment.

Still, Gomez is working through her issues. “She’s dealt with depression before and is still dealing with it,” a source close to the singer added to Us in October. “She wants to better herself every day. That’s her priority.” 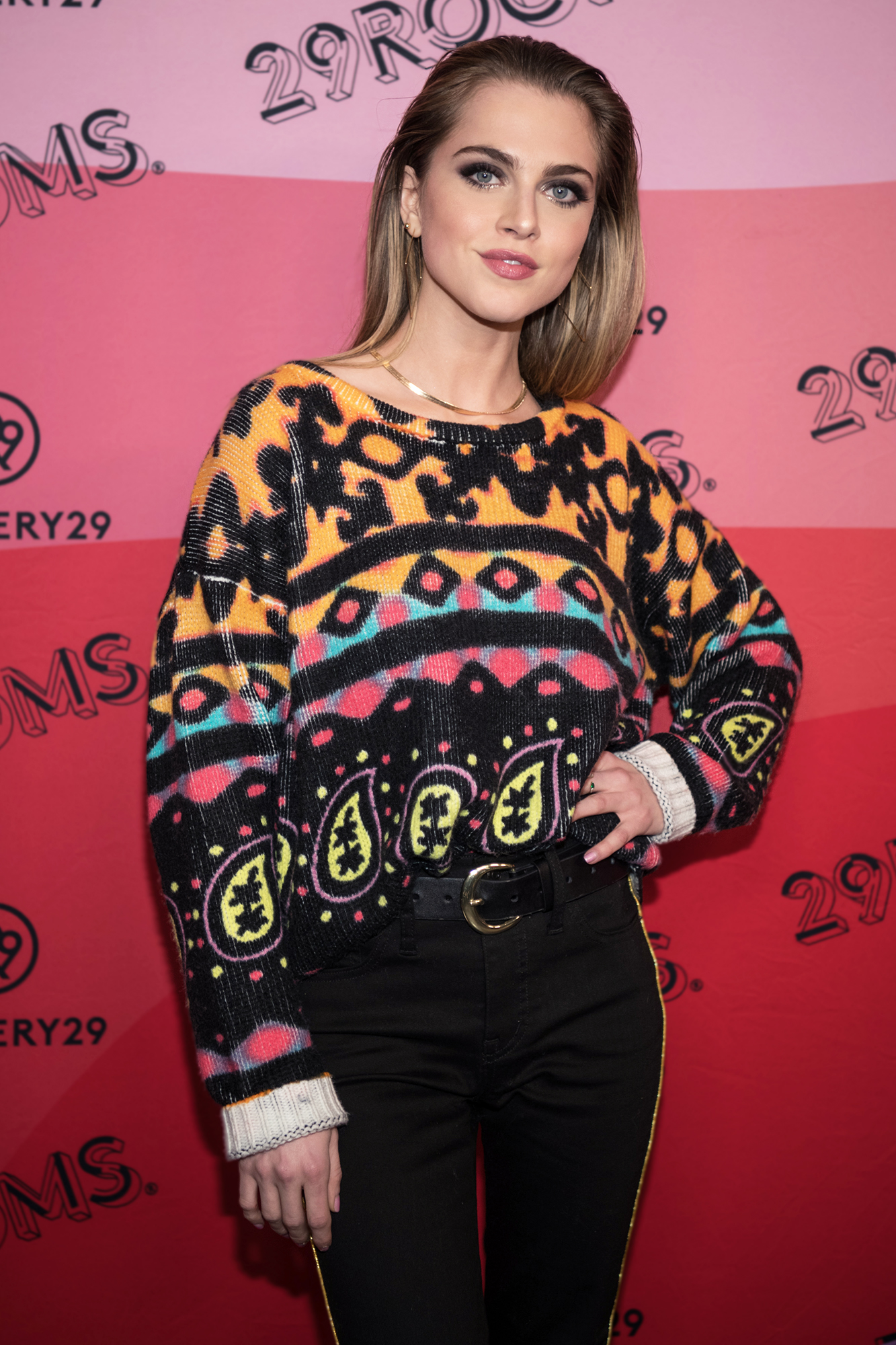 As for the show, Winters, who will be pregnant in season 3, promises lots of drama in the series. She also revealed she is rooting for a breakup between her character and show villain Bryce Walker: “I hope that she goes [her] separate [way] and she finds a guy that’s a good guy that might help take care of the baby in a nice guy way.”

13 Reasons Why also stars Dylan Minnette as Clay Jenkins, Alisha Boe as Jessica, Christian Navarro as Tony, Brandon Flynn as Justin and Justin Prentice as Bryce Walker. Season 3 is set to premiere in 2019.