Cardinal Dolan: Hoping churches are ‘back to normal’ by end of summer

In a 2012 study conducted by the University of Tampa, combined tax subsidies that religious institutions had taken advantage of were estimated to be equivalent to around $71 billion per year, according to sociologist Ryan T. Cragun and his two students, Stephanie Yeager and Desmond Vega.

HERE'S HOW MUCH MONEY THESE MEGACHURCHES BRING IN ACROSS THE US

The estimate includes subsidies for federal and state income tax, property tax, investment tax, parsonage and faith-based initiatives. The study, however, could not pinpoint subsidy estimates for local income, sales tax, donor tax and more, which left the report stating that there are “probably billions more” unaccounted for.

A separate report from The Washington Post the following year attempted to close the gap in the study and estimated that religious groups get around $83.5 billion in subsidies.

“Adjusting for inflation and removing things like Bush-era, faith-based initiatives funding from the equation, my own best guess would be around $100 billion per year,” Michael Montgomery, the owner and principal of Montgomery Consulting Inc., told FOX Business. 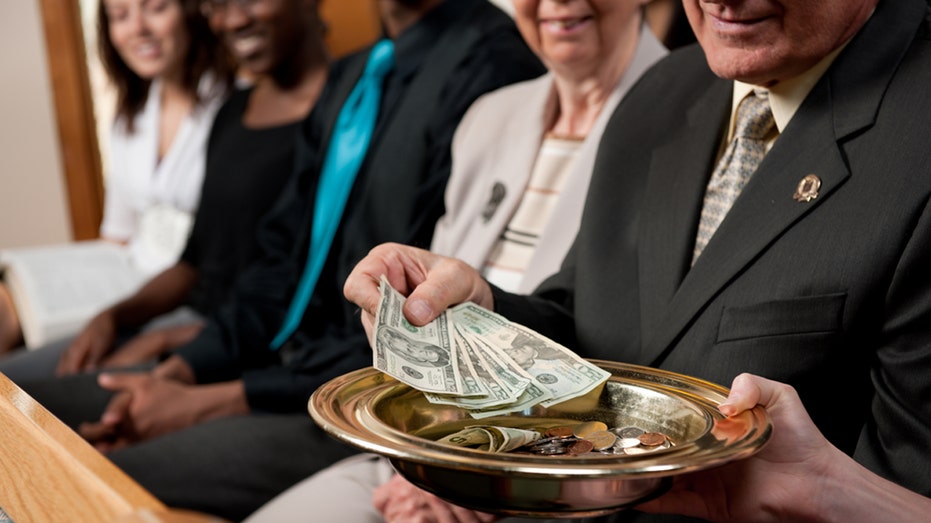 “Our Constitution has a nonestablishment clause not a ‘thou shalt not tax churches clause.’ Applying normal taxes even-handedly to all churches and their equivalents really should not be a problem but, politically, it clearly has been and is likely to remain so,” he noted. “I do, however, think you will see some action at the local level – probably in the form of Payment in Lieu of Taxes agreements between municipalities and larger congregations that really do both put stress on municipal services and also have the capacity to pay because of their size.”

Daniel Di Martino, who is a researcher and economist at The Institute for the Study of Free Enterprise at the University of Kentucky, told FOX Business that the government could potentially “tax churches as businesses and scrap together probably no more than $8 billion.”

“The reason is that churches and nonprofits would adjust their practices to not have savings from year to year,” he explained. “In America, we don't do this for principled reasons, but the practical reasons are that it would be highly complicated and impact not just churches but nonprofit humanitarian sectors.”

Conversely, Di Martino pointed out that the European Union has an optional church tax. In his own words, “Many people opt to pay it because of good feelings about the role of churches. It's cultural.”