From Delia Smith’s chicken livers to Heston Blumenthal’s star anise (and William’s which includes milk), which celeb chef has the secret of a Spag Bollissimo?

The prince admits he is no great shakes as a chef. But that didn’t stop him from entering the gastronomic fray by sharing his recipe for spaghetti Bolognese in a charity cook book.

It is among 120 recipes from celebrities and top UK chefs in A Taste Of Home that marks the 40th anniversary of homelessness organisation The Passage. 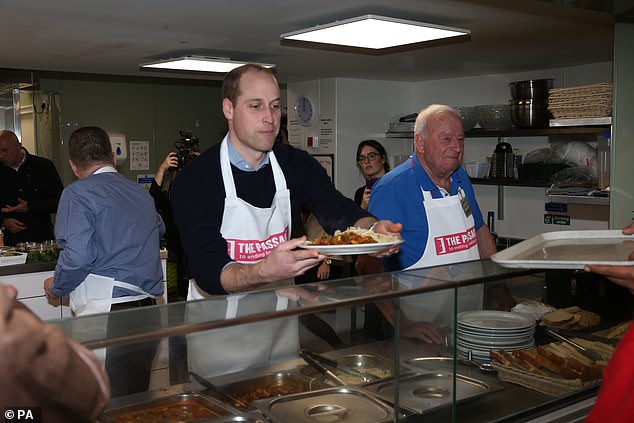 Prince William, pictured, caused some controversy when he published his recipe for a Bolognese sauce as part of a cook book for the homelessness charity The Passage 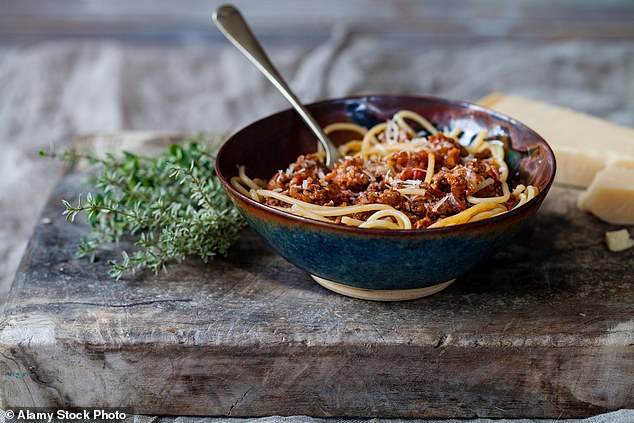 Did the poor king-to-be know what a culinary quagmire he was stepping into? Arguments rage over what is an authentic Bolognese sauce — not to mention how to spell it, what pasta to eat it with and how to serve it.

Bolognaise or Bolognese? Ground or chopped meat? Beef or pork? Nutmeg or no? Spaghetti or tagliatelle? Lightly dressed pasta, or ladled on thick?

William was eager to share what floats his sauce boat. But controversy soon bubbled to the surface when he revealed he adds milk to his meaty mix.

Yet many Italians swear dairy enriches and thickens the sauce — though few go as far as Mary Berry, who wantonly lavishes hers with double cream. To my mind, William’s bigger sin was insisting on chopped parsley as a garnish.

Parsley! William, how could you? It is the culinary equivalent of playing for Juventus in an Aston Villa shirt. It is just not done.

The Duchess of Cambridge has revealed William tried to woo her with spag bol during their student days at St Andrews. It has long been a student staple, and generations of mothers have dished it up. As Mary Berry points out, it is now the UK’s most-cooked meat dish.

But what is the authentic version? It hails from the Italian region Emilia-Romagna and its capital Bologna, hence the name.

Renowned cookery writer Anna Del Conte describes the ragu as rich yet well balanced, lavish and yet restrained, meaty and yet fresh. Something to admire in a dish — and also in a man.

From then on the battle rages. Milk or no milk? Red wine or white? Cooked on the hob or in the oven? And there is always some cheffy nutter dying to add their own ‘twist’.

An Australian chef adds anchovies and port, another suggests a ‘bianco’ ragu, skipping tomatoes and adding pork fat instead.

Health-conscious Californians make a version with turkey Bolognese and courgette noodles. While in Scotland we make a popular version that skips the tasty traditional ingredients of celery, carrot, garlic, herbs, tomatoes, wine and substitutes potatoes for spaghetti — we call it ‘mince and tatties’.

My favourite recipe is Angela Hartnett’s, first published in her 2007 book Cucina. Her family came from Bardi in Emilia-Romagna and her traditional recipe does not use milk, but insists that the meat (a mixture of chuck steak and veal rump) must be finely chopped, not minced, as it ‘tastes so much better.’ And it does.

How the pros do it…

Heston is a milk man. He adds 150ml of whole milk to his ragu, but that is not the half of it. His magic ingredient is star anise, the spice used in Chinese and Indian food to enrich and deepen flavours.

The Willy Wonka chef also advises white wine, a grating of nutmeg, no herbs and baking it in a low oven for six hours. 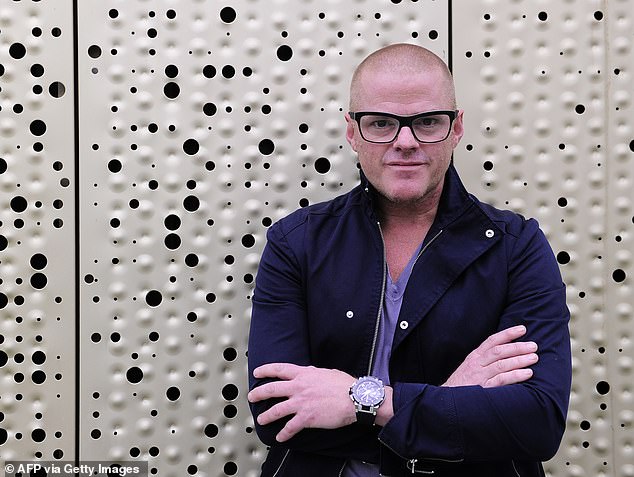 Heston Blumenthal, pictured, puts 150ml of milk into his ragu as well as Star Anise

Our girl is a devotee of the recipe used by her mentor, Anna Del Conte. It includes olive oil, butter, garlic, pancetta and meat that is not too finely minced. ‘You don’t want those worms,’ says Nigella. You certainly do not.

‘The final crucial ingredient is milk,’ says Nigella, before cooking on the stove top for five hours. 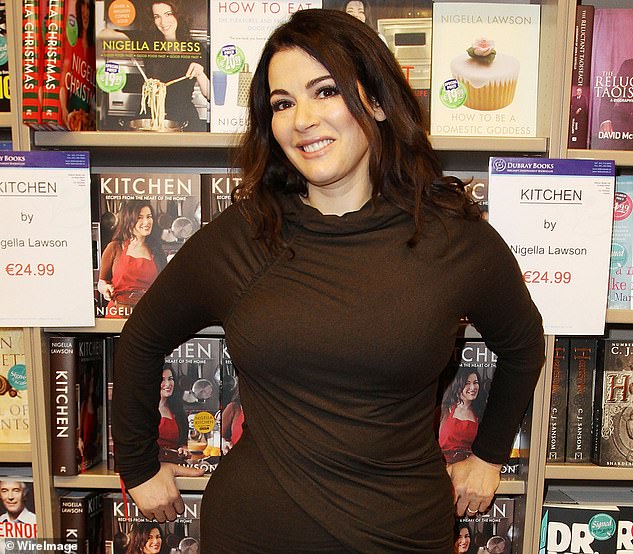 Nigella Lawson, pictured, includes olive oil, butter, garlic, pancetta and meat that is not too finely minced… as well as milk

I love Tom’s recipes, but boy, can he make life difficult in the kitchen. For his Bolognese, he rinses mince in a colander under the tap, dries it, then roasts it in the oven for an hour until ‘crisp and golden brown’.

No milk, but his mystery ingredients are four tablespoons of red wine vinegar, a teaspoon of demerara sugar, beef stock — not wine — plus button mushrooms, and he oven cooks the sauce for an hour. 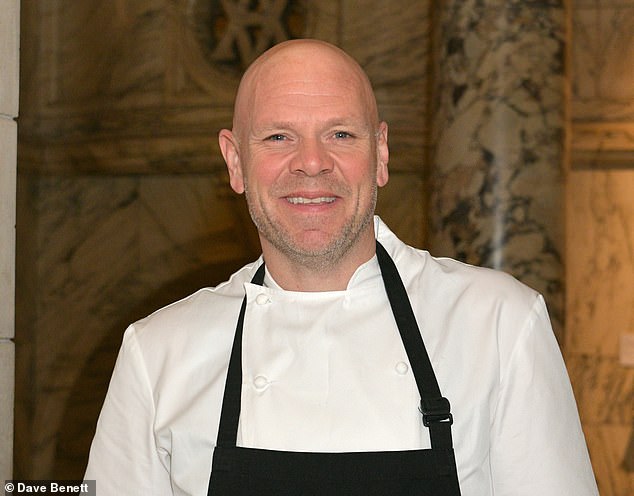 Tom Kerridge, pictured, rinses his mince in a colander under the tap, dries it, then roasts it in the oven for an hour until ‘crisp and golden brown’

Oh my God. Mary doesn’t use milk. She uses four tablespoons of double cream. ‘Don’t worry it doesn’t curdle… it just enriches it,’ she chirps. She also advocates a minced meat mixture of half beef and half pork. White wine for her, plus bay leaves, thyme and a basil garnish. 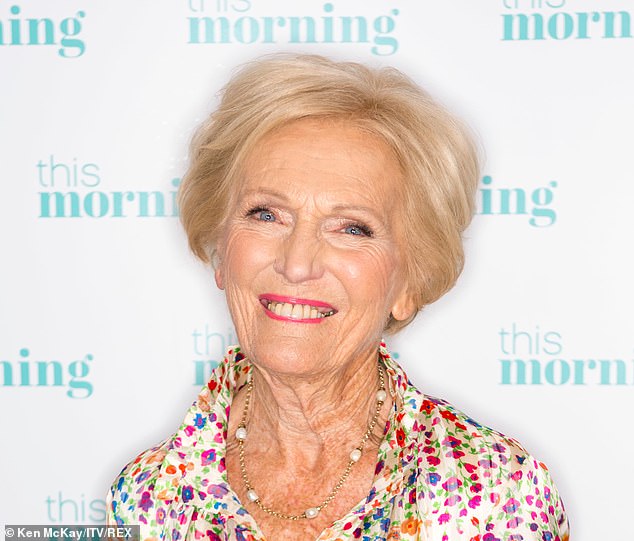 A couple of tablespoons of milk, says Gordon, help to give your sauce a ‘nice, enriched flavour’ and ‘a smooth silk finish’.

His secret ingredient is a cheeky dash of Worcestershire sauce. He also advises ‘sweating your mince off quickly to avoid it going grey’, which sounds like good life advice. His super-speedy version uses grated onion and carrot to make them cook faster. 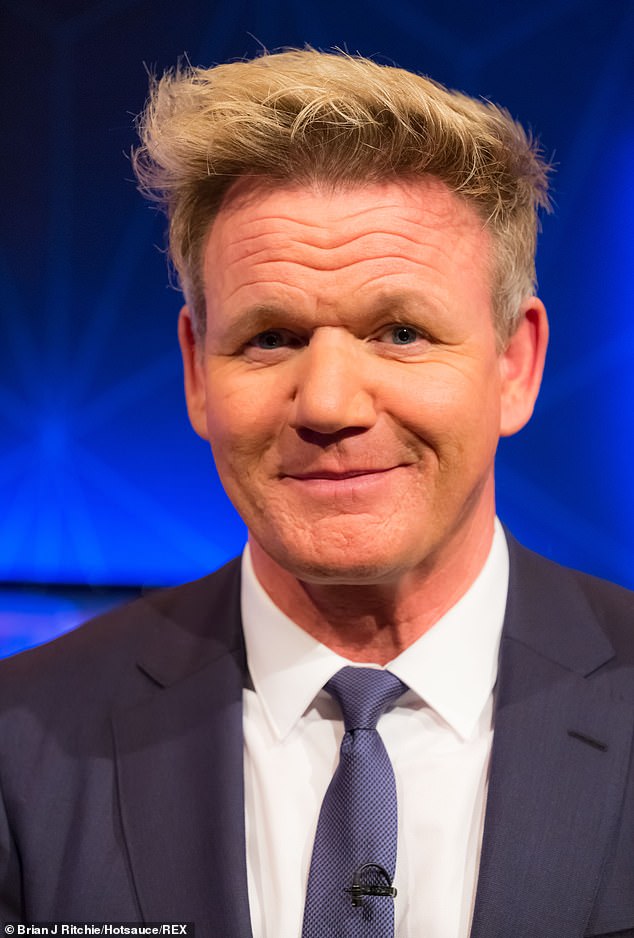 No milk for Giorgio. Instead, the Italian chef uses a whole bottle of red wine plus rosemary and sage sprigs tied together, please.

His trick is to leave the mince well alone when you add it to the pan ‘so that the meat seals underneath otherwise it will ooze liquid and boil rather than sear’. 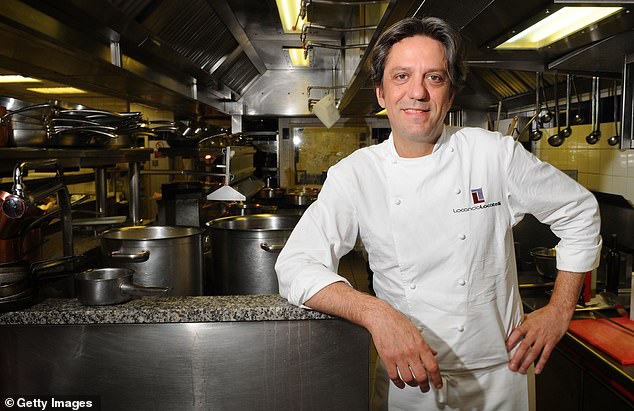 Delia makes an ‘authentic ragu Bolognese’ by adding 225g chicken livers to her sauce. They must be cleaned, chopped ‘minutely small’ and bunged into her minced pork and beef mix.

Bizarrely, she adds two packets of fresh basil leaves before cooking for four hours in a 140c oven. Did I mention the half bottle of red wine she likes to add? Let’s be ’aving you!

Jamie does not use milk. For his ‘ultimate pasta recipe’ and ‘firm family favourite’ he prefers red wine, while instead of tomato puree, he blitzes a jar of sun-dried tomatoes. Why do men have to complicate everything?

It’s no good getting your ragu just right, if you’re then going to pile it onto a soggy spaghetti.

So how best to cook it? The best, answer is, according to pack instructions. Fresh pasta takes much less time, about two to four minutes depending on type.

Our chefs are mostly in agreement in that you should serve al dente (still firm when bitten).