Most British stores close on Christmas Day, but some retailers have announced they will also be shutting their doors on Boxing Day to give their staff a well-earned day off to spend time with their friends and family. Shops have already started to announce which days they will be closing so customers and employees alike can begin to make plans for the festive season.

The budget retailer announced yesterday, Octobet 6, that it will be closing its doors over the festive period to give its employees some time off.

Posting on Facebook, the retailer wrote: “All of our stores will be closing for Boxing Day and New Year’s Day. 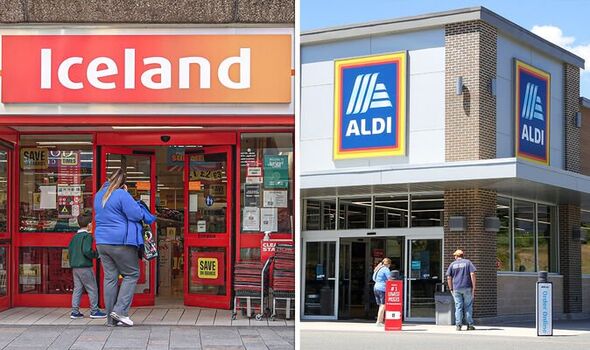 “We would like to thank all our staff for how hard you have worked this past year, and want you to relax and enjoy the Christmas break with your loved ones.

All stores will also close at 5pm on Christmas Eve to allow employees to travel home to their families in time for Christmas.

The frozen food specialists have announced they will be closing their doors on Boxing Day this year.

Richard Walker, Iceland’s managing director, said on Twitter earlier this week: “We’ll be closing all our Iceland and Food Warehouse stores on Boxing Day, to give our colleagues a well-earned rest with their friends & families.”

Iceland stores will also be closed on Christmas Day.

The announcement comes as Iceland was forced to put expansion plans on hold as the company was threatened with potential store closures due to the energy crisis.

Mr Walker said that skyrocketing bills have left his business “fighting to keep the lights on”.

Last month, on September 21, it was announced by the Government that businesses would be offered an equivalent to the energy price cap for six months, giving them a helping hand over the tougher winter months.

The German retailer has announced a two-day closure over the festive period to give its staff a well-deserved break.

All stores across the UK will be closed on both Christmas Day and Boxing Day.

The supermarket is also planning to create around 3,000 new jobs ahead of the holiday season, making this year Aldi’s “biggest ever” Christmas with thousands of temporary and permanent positions being made available.

Kelly Stokes, recruitment director at Aldi, said: “This year we’re recruiting more people than ever over the Christmas period to support the growing number of customers that are switching to Aldi.

“That includes a mix of temporary and permanent positions, as well as looking to fill both in-store roles and positions at our Regional Distribution Centres.

“Our amazing colleagues play a vital role in keeping our shelves stocked year-round which is why, once again, we’ll also be keeping our stores closed on Boxing Day as a thank you for all of their hard work.”

Other UK supermarkets haven’t announced their 2022 festive opening times yet, but last year most shops were closed on both Christmas Day and Boxing Day.

They also shut their doors on New Year’s Day.