The co-chair of the First Peoples’ Assembly of Victoria has challenged state Greens MPs to publicly back a Yes campaign and stand with Aboriginal communities supporting a constitutionally enshrined Voice to federal Parliament.

Marcus Stewart accused the Greens of stoking a No campaign and urged the state parliamentary party, which has been unusually quiet on the referendum, to join the fight or risk ending up on the wrong side of history. 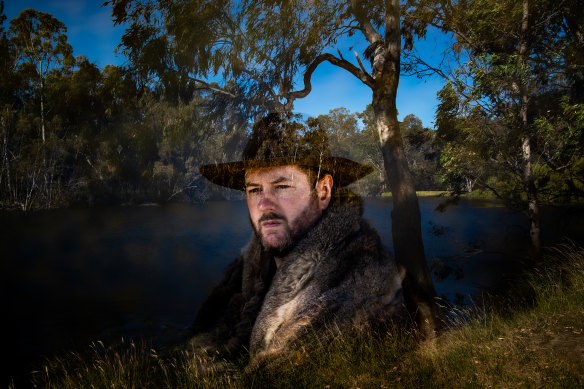 Marcus Stewart, co-chair of the First Peoples’ Assembly of Victoria, on country at the Warring river (Goulburn River). Marcus is a Nira illim bulluk man of the Taungurung nation.Credit:Justin McManus

“I hold hope that the Greens will not only support a Voice to parliament but also campaign Yes,” Stewart said. “As far as I’m concerned, if the Greens aren’t actively campaigning Yes, they are stoking a No vote among their base. History is calling. Let’s hope they show up and answer that call.”

The First Peoples’ Assembly is a body elected by Indigenous Victorians to help develop a treaty framework.

Indigenous Australians Minister Linda Burney this month revealed the federal government would introduce legislation to parliament in March setting up the referendum, which could take place as early as August.

The federal Greens remain vexed on the issue to give First Nations people a more powerful say in national affairs, while the Victorian Greens have so far refused to outline their position on the Voice, despite being vocal about other federal issues that do not fall within the jurisdiction of state governments in the past.

The Victorian Greens this week repeatedly declined to say whether they supported the Voice as outlined by Prime Minister Anthony Albanese or if they would join the yes campaign next month.

Acting Greens leader Sam Hibbins, who was a staunch campaigner during the marriage equality plebiscite, on Friday said his party supported the Truth, Treaty and Voice elements of the Uluru Statement from the Heart.

“Here in Victoria, we are already making good progress towards Truth and Treaty, and this should occur at the federal level as well,” Hibbins said in a statement.

“The Victorian Greens will continue to campaign for justice for First Nations peoples including criminal justice reform like raising the age of criminal responsibility to 14 and fixing Victoria’s broken bail laws.” 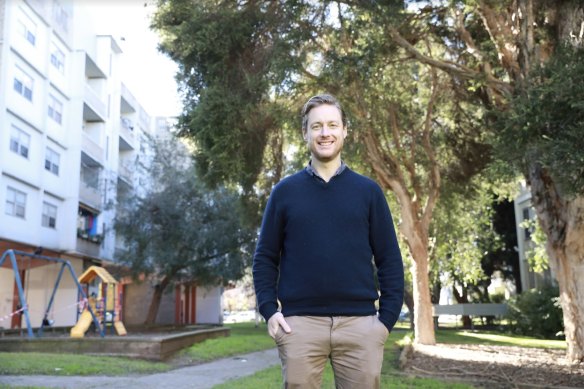 During the same-sex marriage debate in 2017, state Greens MPs heavily campaigned for the Yes vote and attempted to move a motion in the Victorian parliament to publicly back marriage equality.

“Sporting bodies, unions, companies, and local governments have all recently expressed support for marriage equality,” Hibbins told the Star Observer at the time.

“It’s now time for the Victorian parliament to show its support for marriage equality.”

Federal Greens leader Adam Bandt is facing major divisions within his party room over the Indigenous Voice to parliament, with his First Nations spokeswoman, Victorian Senator, Lidia Thorpe publicly shifting the party’s position on the issue from broad support to borderline opposition.

Polling has consistently shown Australians support the idea of the Voice, with younger people more likely to back the change to the Constitution. Support for the Voice is strongest among younger voters aged 18-34, according to the Freshwater Strategy Poll conducted for the Australian Financial Review last month.

Thorpe has long held reservations about the Voice, and described the referendum as a “waste of money”.