Swank says the health plan denied coverage for treatment of malignant ovarian cysts because they believe “the only purpose of preserving the health of an ovary is to procreate.”

Hilary Swank is fighting back against her health care provider for what she describes as “antiquated, barbaric” reasoning behind their denial of her claim for treatment of malignant ovarian cysts.

According to her lawsuit against SAG-AFTRA Health Plan, Swank says the board of trustees ruled they would not cover her procedure because they considered it infertility treatment, which was not covered. 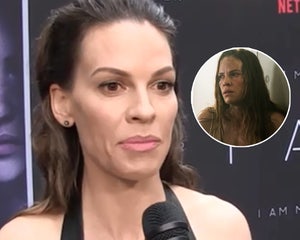 Swank, however, insists it had nothing to do with fertility, infertility, procreation or reproduction. “She was not seeking coverage for fertility treatment, but only for treatment for her ovarian cysts,” she and her doctors explained.

Swank believes the board is operating under “the notion that the only purpose of preserving the health of an ovary is to procreate.” She says the treatment was “medically necessary” simply for her health.

“This matter addresses the shockingly antiquated question of whether the sole purpose of a woman, specifically her ovaries, is to procreate,” she said in her court filing.

“When faced with a claim for insurance benefits for medically necessary treatment of ovarian cysts and endometriosis, the Trustees answered ‘yes,’ determining that there could be no possible reason to treat those conditions other than for the purpose of trying to conceive. 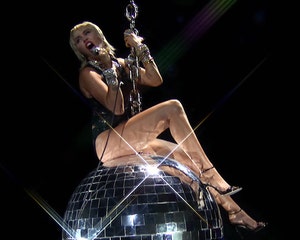 It is because of this response that Swank decided to act. While she realizes she is privileged enough to be able to pay for treatments out of pocket when insurance denies a claim, not all women can afford that luxury. “My hope is to be a voice for them,” she said in a statement on her Instagram.

She is hoping to affect change so women won’t have to “battle with insurance companies who diminish the significance of their problems, don’t believe the patient (or their doctor’s) explanations surrounding their suffering, and severely preclude coverage to only incredibly limited services and procedures,”

“Their policies are antiquated, barbaric and primarily view the role of women’s organs solely as a means for procreation,” Swank said. SAG-Aftra Health Plan has not responded publicly to Swank’s suit.

The actress does not believe that women are treated equally by SAG-AFTRA Health Plan. “If you’re a woman suffering from female health issues, I have no doubt you’ll agree with me,” she said. “If you’re a man, ask your mother, your daughter, your sister, or a girlfriend. I already know the answer.”

Denise Richards Not Returning to Real Housewives of Beverly Hills

“It’s time we were treated fairly,” she concluded.

According to her legal filing, Swank said that because she was simultaneously “undergoing procedures to preserve her ability to conceive in the future,” while getting treatment for her ovarian cysts, the board took advantage of that association to exclude coverage.

“t’s painful enough having to deal with the nature of a female health issue, let alone having to wrestle with the stress of trying to get your insurance company to provide the coverage and care that their contract explicitly states they offer,” said Swank.

Several of Swank’s fellow actresses quickly jumped into the comments with cries of support for the move, including Debra Messing and Michelle Monaghan who gave emphatic all-cap, “YES” declarations.

Jewel clearly has her back too, commenting, “Go get em, Sister!” Meanwhile, Swank’s “Away” co-star Vivian Wu passionately agreed, offering her support and help.

“It’s time we are treated fairly,” wrote Wu in a comment. She then jumped back in to add, “Let us know if there is anything any of us can do to help!” as other Hollywood professionals echoed their support.

Got a story or tip for us? Email TooFab editors at [email protected].