Telling it like it is! These hilariously honest signs leave no room for confusion

Warnings can often be ignored, but these bluntly honest signs ensure that everyone takes them seriously.

From a zoo label which says any objects thrown into the snake pit will be retrieved by the offenders to a notice near a prison which warns motorists to avoid hitchhikers, people from around the world shared ingenious signs.

Collated by Bored Panda, the hilarious gallery also features a photograph of a sign which tells passersby to be aware about the ‘suicidal deer’. 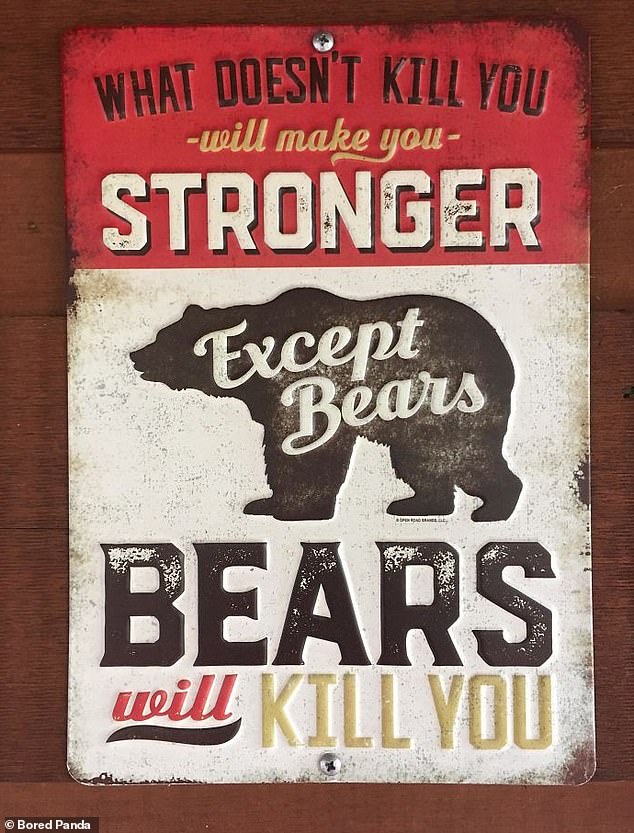 One creative sign, in an unknown location, tells it straight when it comes to nature and that ‘what doesn’t kill you makes you stronger, except bears’ 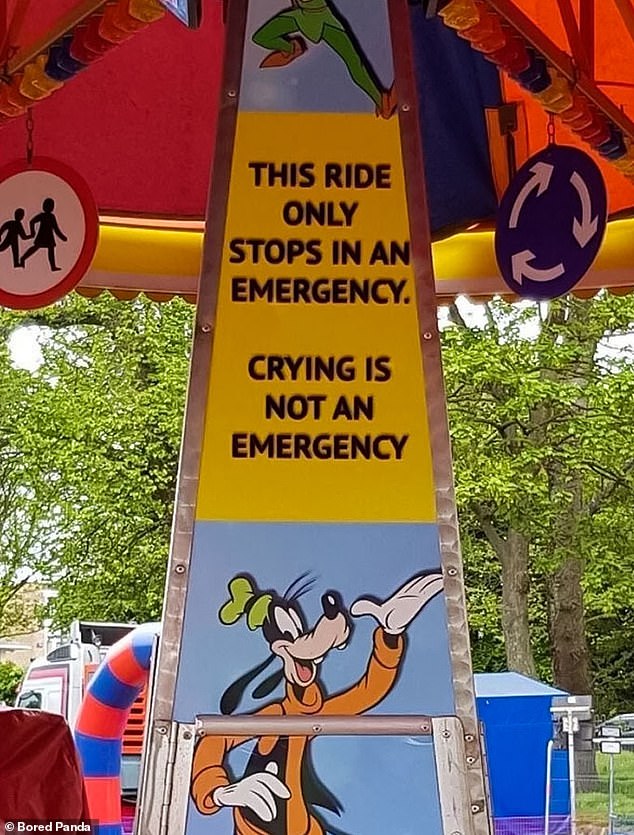 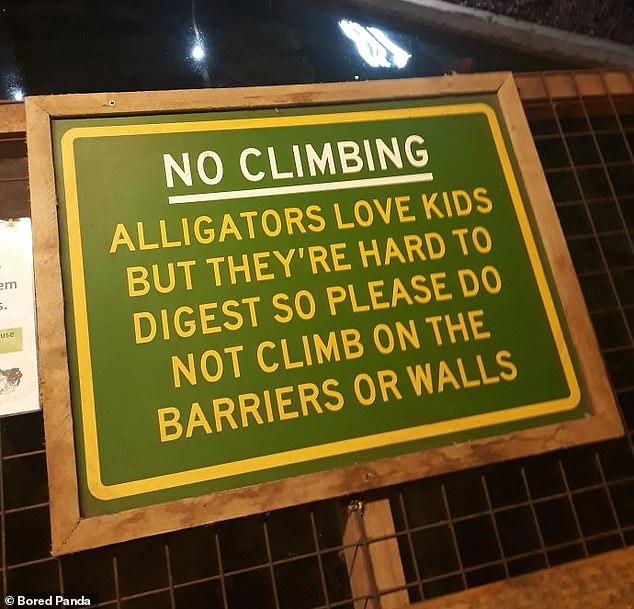 An enclosure sign instructs visitors at a zoo, in an unknown location, in a very tongue-in-cheek way to get their children to refrain from climbing the barriers 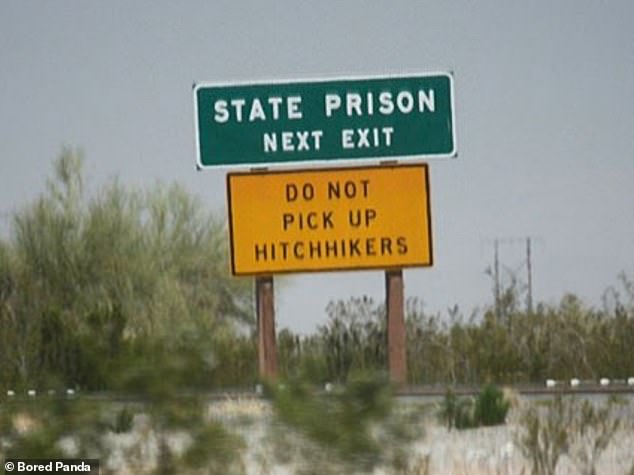 One alarming sign warns motorists not to pick up hitchhikers near a state prison in what could be a way to stop escapees from getting a quick getaway. It is not known where this image was taken 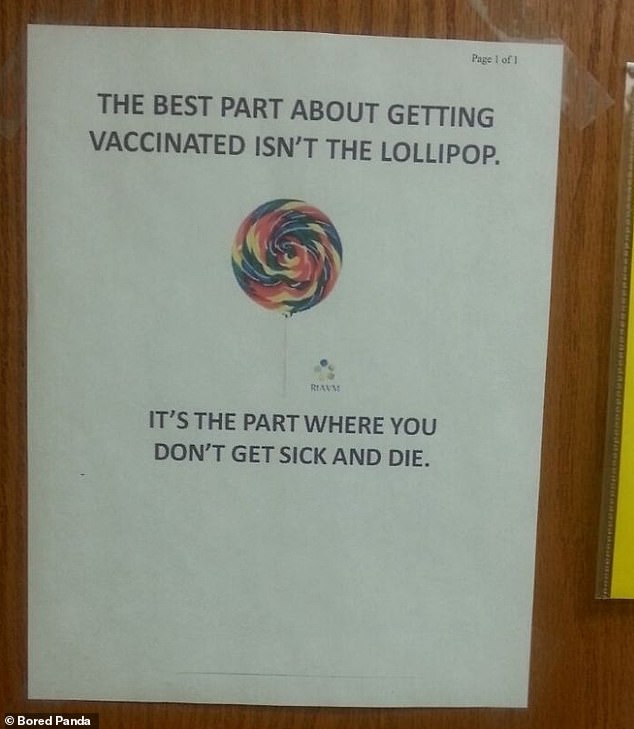 A notice at what appears to be a doctor’s waiting room, in an undisclosed location, tells patients about vaccinations in black and white 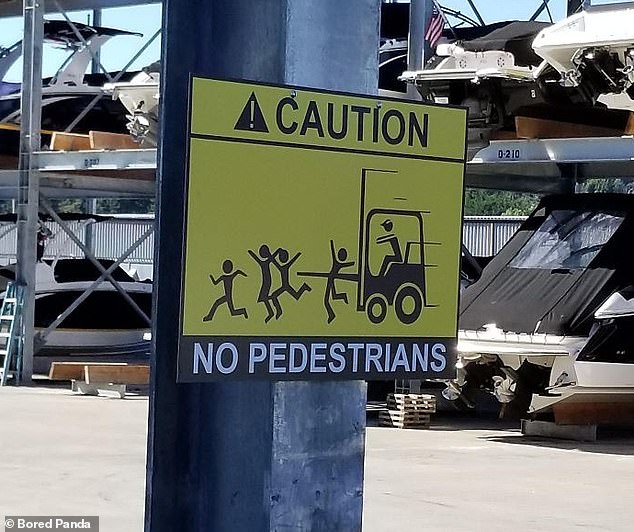 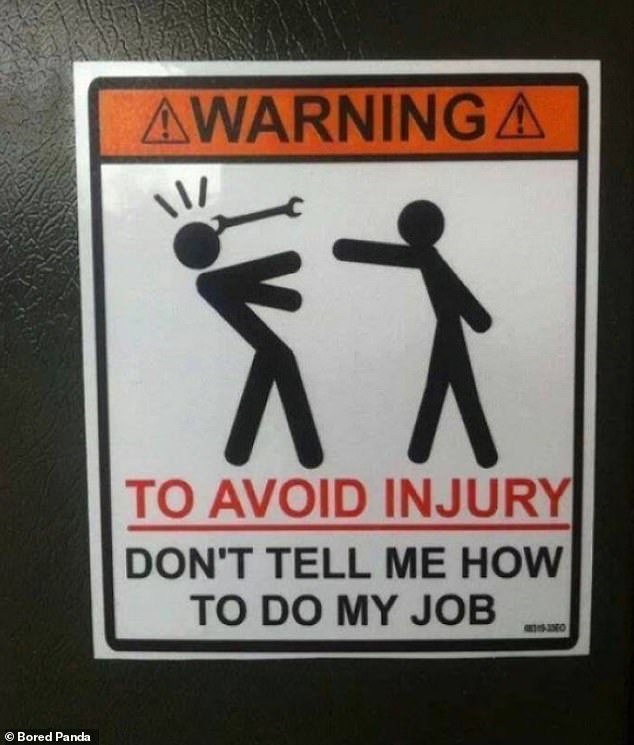 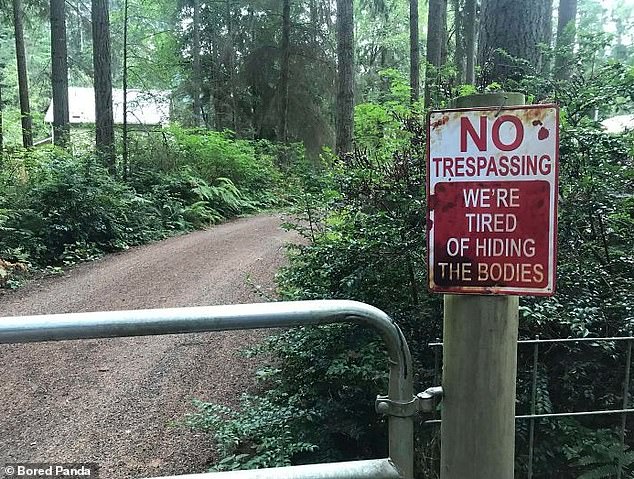 A signpost next to a woodland, in an unknown location, path has a very peculiar way to warn people not to trespass – because they are tired of hiding the bodies 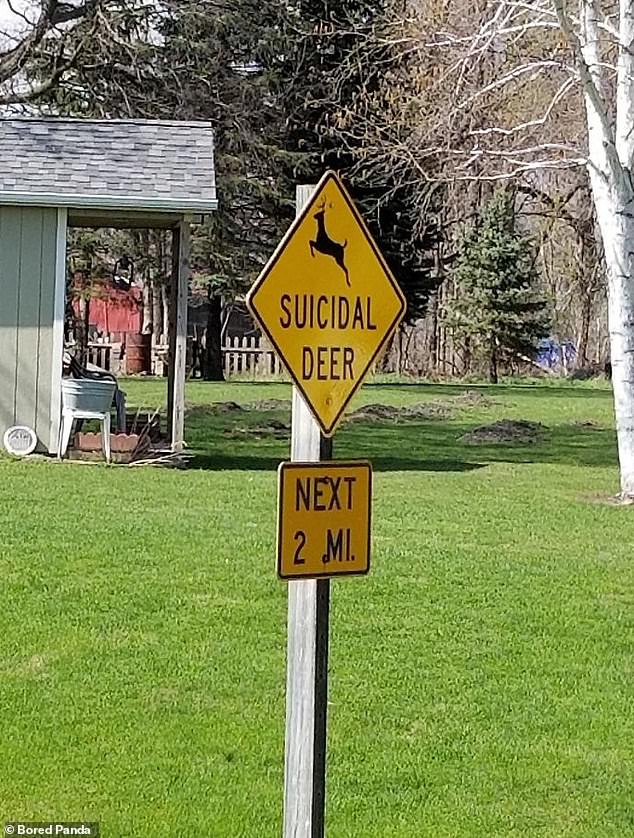 Motorists in an unknown neighbourhood are warned, in a creative way, to keep to the speed limit and look out for deer 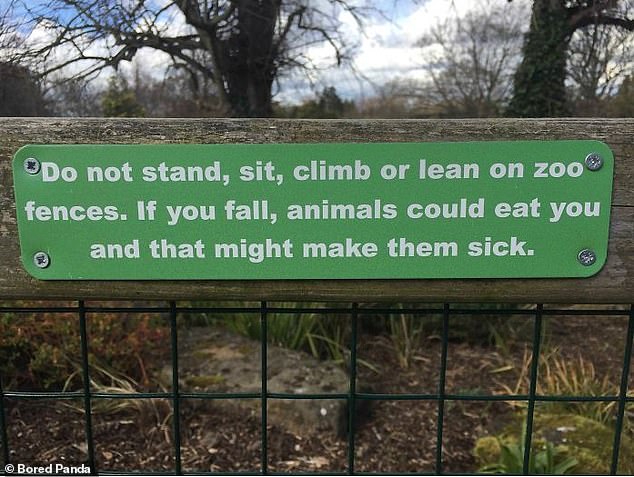 A zoo, in an undisclosed location, tells visitors in a very blunt way not to to lean over the barriers because it could make the animal sick if they are eaten 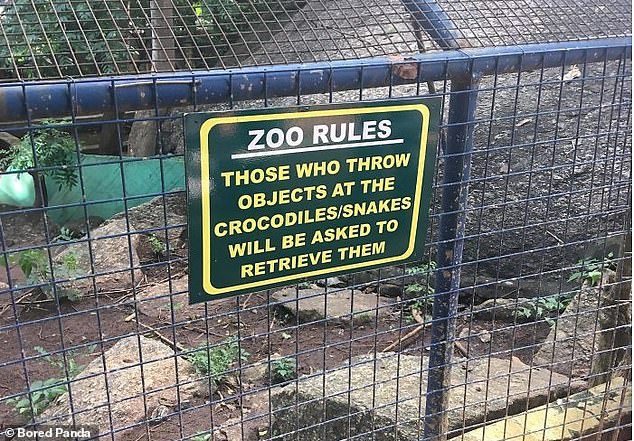 One zoo, in an unknown location, tells visitors not to throw objects in a crocodile and snake enclosure because they will be asked to retrieve them 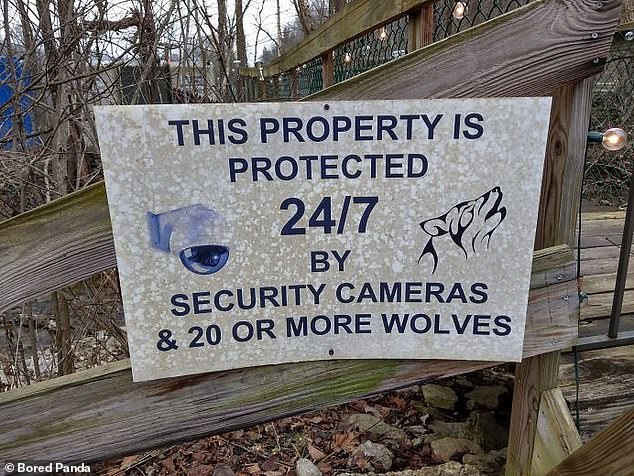 Property owners ward off any potential trespassers with this creative sign with the threat of 20 or more wolves. It is not known where the image was taken 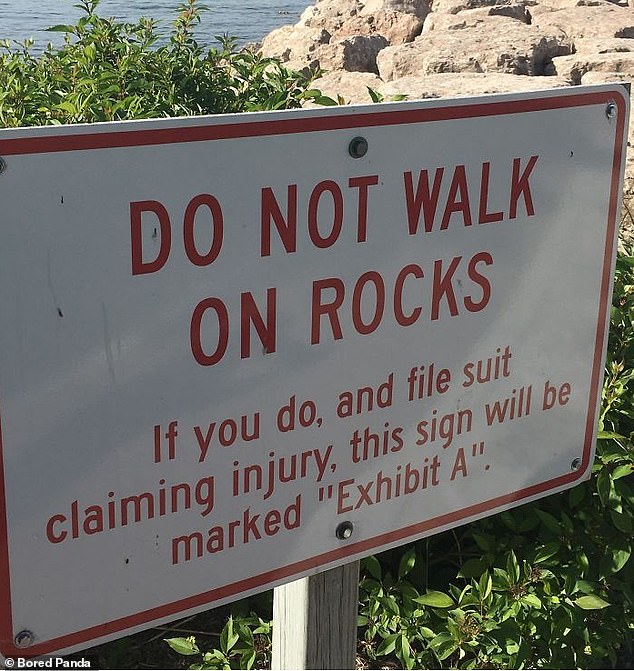 The makers of this sign, in an unknown location, warning people against walking on rocks had a very creative way of wording it 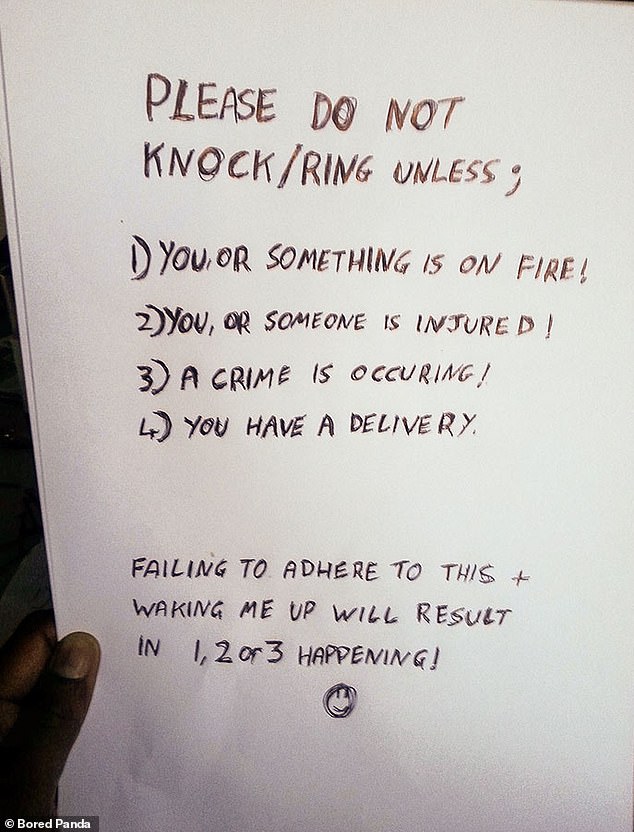 One person created a very cheeky sign to pin on his door, in an undisclosed location, and telling people not to ring his doorbell