July will host a few extra stellar events — and two happen on the same date. A new moon and a partial solar eclipse are both set to occur during the evening hours of July 12, and astrologically speaking, every zodiac sign is going to be affected. However, from a physical standpoint, if you’re wondering whether or not you can actually see the July 2018 new moon, that news isn’t as dazzling. In fact, most new moons are invisible to the eye from Earth, so you’ll want to sort out a few things before you lug a giant telescope to the town park or plan a moon viewing party. Depending on where you are, you might not have much moon (or sun!) to see at all on July 12.

On the East Coast of the United States, the new moon will hits its peak rise in the sky at 10:49 p.m. EST. However, thanks to time zones, in Europe and Australia the new moon will occur well into Jul. 13 — making it a bit more of a spook-tastic and superstitious event.

But no matter what coast or continent you’re on, as far as any human will be able to see from Earth, the moon will have no illumination. Aka, we will not see any hint of the moon in the sky and there will only be darkness where we typically see moon light.

Why? Because the new moon occurs when the moon is directly between the Earth and the sun and so our view is blocked by the sun’s glare. That said, when the new moon creates a solar eclipse — which there (partially) will be on Jul. 12 — the silhouette of the new moon will be visible to some. This event happens thanks to the differences in degrees between Earth’s orbit and the moon’s orbit. The moon doesn’t always pass perfectly between the sun and so its shadow sometimes misses Earth and a little lunar treat takes its place. 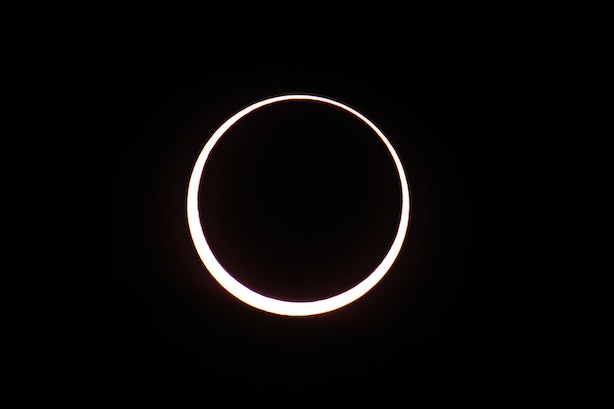 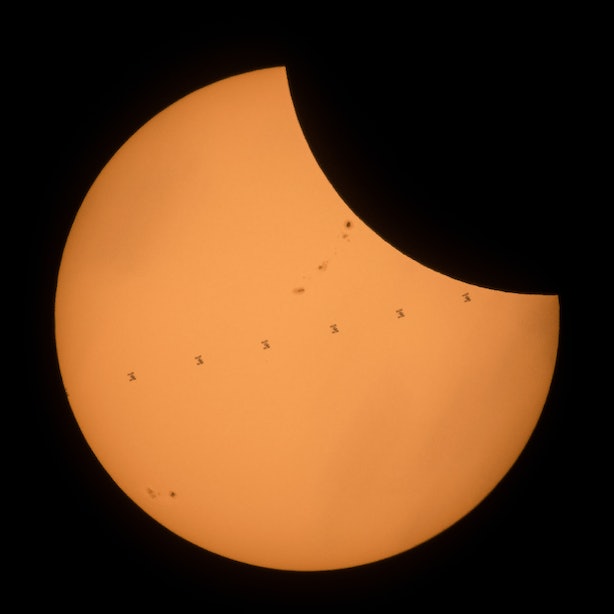 But, just because the solar eclipse doesn’t do anything for our view of the moon here in North America doesn’t mean there’s nothing interesting to look at on Jul. 12.

With the dulled light that typically would have been given off from the moon, other elements of the night sky will come forward. The new moon gives certain clusters of stars and planets an opportunity to quite literally shine brighter. If you’ve got a telescope you’ll be able to see Pluto shining bright as it will be the closest to Earth and therefore the most illuminated on this date. Venus and the star Leo will also be shining bright around then, so be sure to take advantage of the darker sky and look for them.

And yes, of course you should still have a superstitious new moon party. The fact that you won’t be able to see the moon only makes it more mysterious and spooky!