After Kate Middleton and Prince William officially welcomed their third child on Monday, Kensington Palace released a statement on behalf of their family members. However, there was one name noticeably absent — Meghan Markle. So why was Meghan Markle missing from the royal baby announcement? Some might think there’s shade being thrown her way, but that doesn’t seem to be the case.

The statement in question read:

According to British and european royalty expert, Marlene Koenig, who spoke with Harper’s Bazaar, "Meghan is not a member of the royal family yet, so she is not a relative at this time. Meghan is Harry’s fiancée, but is not yet Auntie Meghan." Koenig continued, "If the baby had been born after the wedding, Meghan would certainly have been included. It is not a snub."

Seeing as how the British Royal Family is usually a stickler for rules and tradition, this reason makes a lot of sense. Markle technically isn’t family, yet, so apparently that is where the line is drawn in this case. Although, her not being officially part of the family didn’t stop Prince Harry from bringing Markle to Queen Elizabeth II’s Christmas celebration. According to People, the former Suits star was "the first royal fiancée to spend Christmas day with the royal family".

Yes, Markle has been known to challenge the royal status quo every now and again, but she probably couldn’t do anything about her name not being mentioned in this particular statement. And, again, it’s not really that big of a deal. Plus, according to HollywoodLife.com, she’s already met the young prince, who still remains nameless — at least publicly. That’s so much better than being included in the family’s statement.

A "palace source" told the outlet Monday, "Harry and Meghan stopped by William and Kate’s apartment very briefly today, just so they could meet the new [addition] and Meghan couldn’t stop smiling. She absolutely loves children, and much like Harry’s mom, Princess Diana, she’s a natural with them — kids just gravitate towards her."

This "palace source" also told HollywoodLife.com that Markle can’t wait to have kids and now has "baby fever" thanks to meeting royal baby #3. 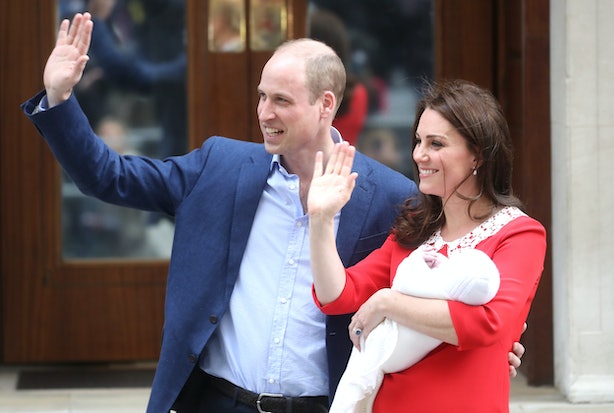 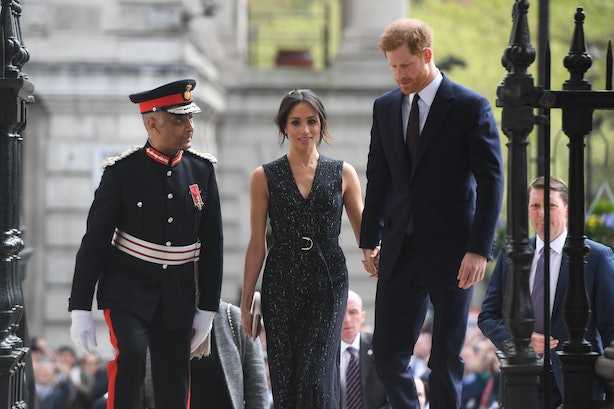 Something as small as Markle’s name not being mentioned in a simple statement isn’t something to dwell over, especially when a baby was just born and Harry and Markle’s wedding is less than a month away. They all have a lot going on right now and it’s all much more important.