Was Lady Morgan’s underling in fear of a rollicking? HENRY DEEDES sees the Culture Secretary look down on the Commons

Nicky Morgan – or Lady Morgan as she now is – sat in the public gallery, legs crossed, arms folded, lips pursed like a koi carp blowing bubbles.

Leaning forward, she could be seen stroking her chin thoughtfully as her inquisitive eyes gave the chamber below a brief proprietorial scan.

Members were taking part in Culture Questions, the department for which she remains in charge despite relinquishing her Commons seat in the General Election.

We have seen several ministerial briefs awarded to peers in recent times.

Labour’s Lord Adonis in Transport and Lord Mandelson in the Business Department spring to mind.

Neither, as far as I am aware, chose to sit in on these sessions. 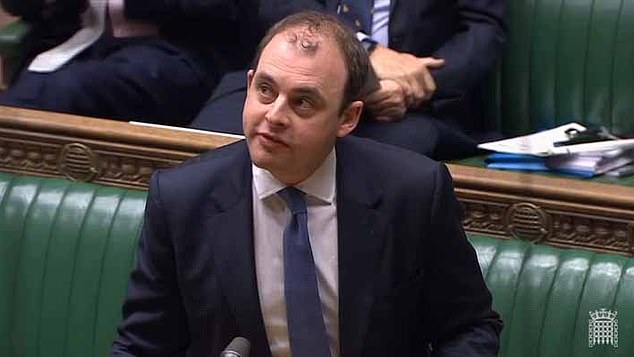 As he spoke he kept looking up nervily at Morgan – as though fearful he was in for a most frightful rollicking.

‘Following her elevation, she will be taking questions in the Lords next week,’ he stammered, as if this somehow was a worthy substitute for Commons scrutiny.

His remarks drew a chorus of rowdy scoffs.

Onwurah, a former telecoms engineer, was making her debut on the Opposition front bench as digital minister. She kicked off with a duff gag while taking Warman to task over the Government’s failure to roll out full-fibre broadband.

‘Are Big Ben’s bongs the only tele- coms in the Government infrastructure that he can plan for?’ she asked. ‘As an engineer, she should know that a bell is not telecoms infrastructure,’ Warman responded drily.

Labour’s Tracy Brabin was another making her first appearance on her party’s front bench.

A charming, fizzy sort. Nice smile. Fittingly for a former actress who has appeared in medical dramas such as Casualty and Holby City, she hobbled up to the dispatch box nursing a broken ankle, prompting culture minister Nigel Adams to offer his congratulations on her commitment to her new job. ‘Pleased to see the effectiveness of Labour whips office has not broken down,’ he chuckled. 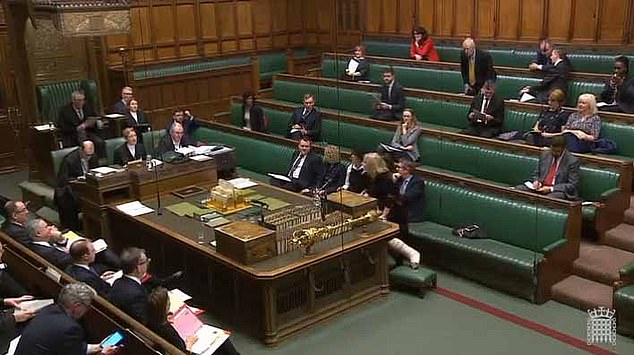 Labour’s Tracy Brabin was another making her first appearance on her party’s front bench, nursing a broken ankle

Adams, a sturdy Yorkshireman with Eric Morecambe specs, is a capable enough performer.

There is a decency about him members seem to warm to.

An ex-businessman specialising in telecoms, he also clearly knows his stuff when it comes to all matters digital.

Why Boris couldn’t just promote him to Morgan’s job is a mystery.

There followed a brief session of Attorney General questions with Geoffrey Cox. All this hoo-haa about the cost of Big Ben bonging out Brexit might easily be solved by hoiking Geoffrey up the clock tower. That voice, rich as brandy butter, still gets the decibel needles hopping.

We barely managed to get through half the allotted questions on the order paper after endless discussion was devoted to the protection of human rights after we leave the EU. 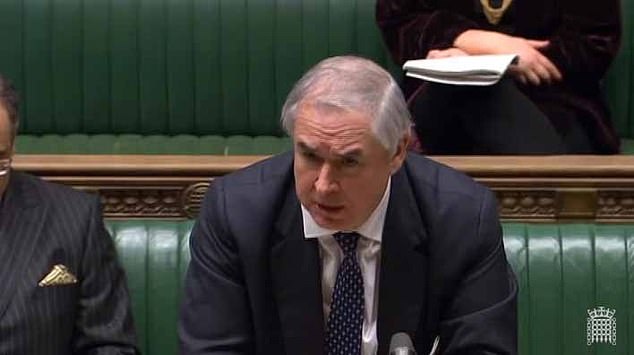 Forgive my cynicism – shaped and honed by experiences with the legal industry – but whenever I hear lawyers bleating on like this, I can’t help but suspect their main concern is their legal brethren who rely on human rights complaints to earn their crust.

Cox, however, assured them they had nothing to fear.

‘I am grateful for this opportunity to reassert the Government’s complete commitment to our membership of and subscription to the European Convention on Human Rights,’ he boomed.

Dandyish, mutton-chopped Sir Desmond, the sort of chap you suspect carries a cigarillo case, was sprawled across the green leather like an ageing lounge lizard. Not for nothing is he known around these parts as Desmond Swine.