Perth – The first telecast to Australia via a communication satellite was received at the Carnarvon tracking station for 1 ½ hours from 1 p.m. yesterday.

The BBC telecast, a test pattern – a map of Britain – which was received in very good quality a Carnarvon spokesman said. 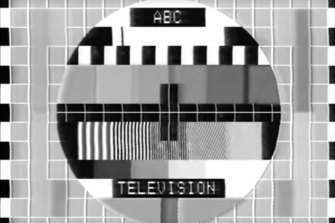 The telecast was relayed from Goonhilly Downs, Cornwall, via the Pacific communications satellite Early Bird Two.

It was a practice for a conversation today planned by the ABC and BBC between British families in London and Carnarvon.

Two British families living at Carnarvon will be among the people who will talk for a planned 15 minutes between 2 p.m. and 3 p.m. made in Carnarvon’s main street and many townspeople are expected to watch.

It will be the first direct simultaneous television link up between Britain and Australia and will be carried via a Pacific communications satellite if it is in a suitable position.

Mr Frank Vinton, 29, his wife, Pauline, two daughters and five-month old son and Mr Alan Gilham, 37, his wife Jean, and two sons will see and talk with their families in London.

Both men are senior technicians working at Carnarvon on Project Apollo.

When the families are reunited on the screen it will be the first time they have seen each other since they parted in Britain.

“We’ll have a normal conversation and wish them a Merry Christmas,” said Mr Vinton.

An ABC mobile transmission unit left Perth for Carnarvon yesterday with a team of more than 20 produces and technicians.

The link up will be made from Carnarvon, through the satellite, to the BBC relay station in Cornwall.

It will then go by landline to the London studios.

“If things go well it will be a real living room reunion,” a BBC spokesman said in London.

The link up will be a dress rehearsal for a special Christmas link-up planned to take place in a fortnight.

Organisers say it may mean a completely new episode in world communication, enabling people to carry out audio-visual meetings from anywhere in the world.

TVW Channel 7 was last night the first station in Australia to show a film in an Australia-England link-up.