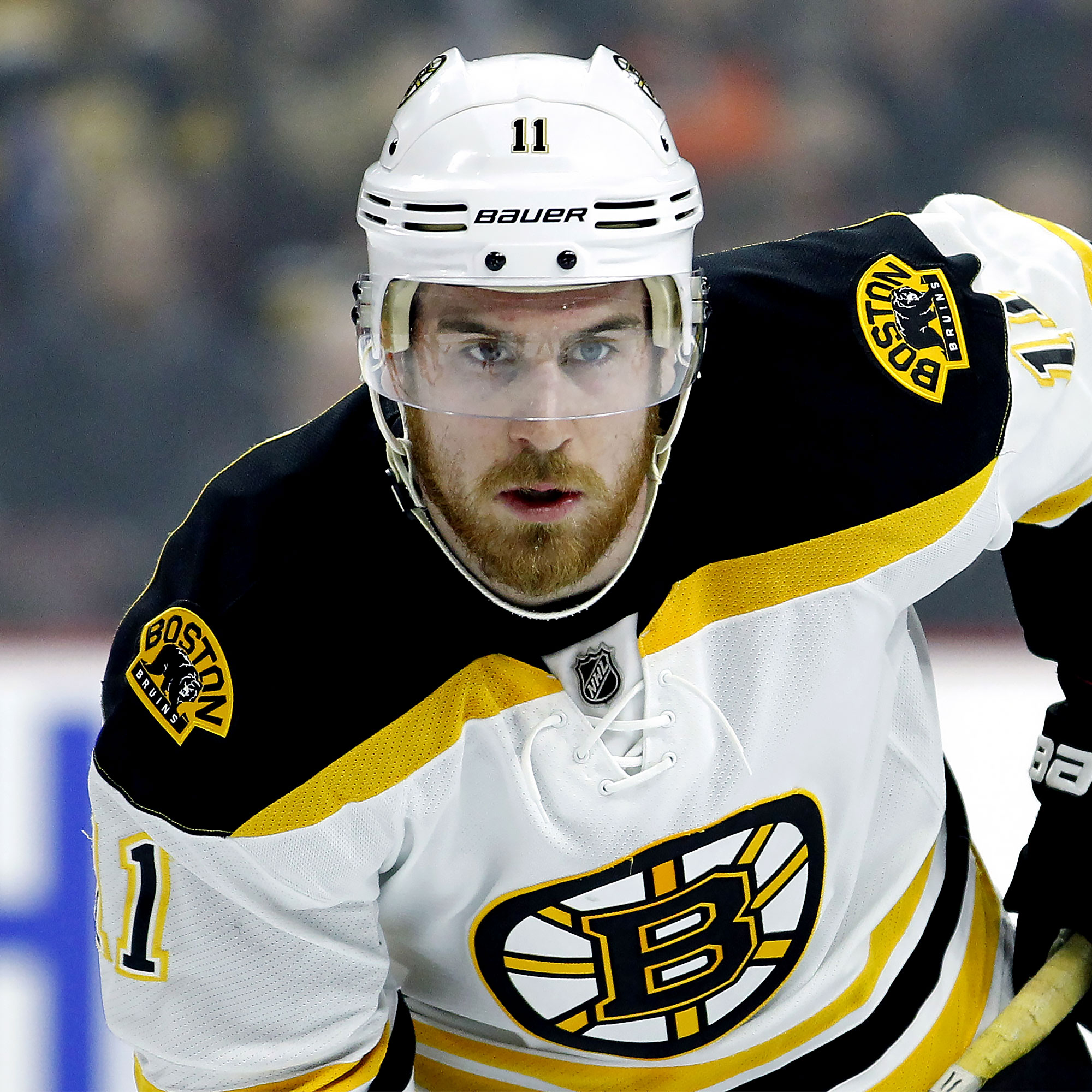 The medical examiner listed his cause of death as “acute intoxication due to the combined effects of fentanyl and cocaine,” according to a spokesman for the Massachusetts Executive Office of Public Safety and Security.

His widow, Kristen Hayes, told the Boston Globe on Sunday, October 17, that she was “completely shocked” by the official cause of death. “I was so certain that it had nothing to do with drugs,” the mother of two said. “I really thought it was a heart attack or anything that wasn’t that [drugs] … It didn’t make any sense, so it was hard. I was hoping to get a different phone call when they called. I was hoping to get some clarity, and I was shocked to hear that it was that. He never showed any signs of a struggle at home.”

The Boston College alum, 31, was found in his home in the Boston suburbs on Monday. A law enforcement official said medics were called to the scene, where he was pronounced dead. No further details were released.

The Boston native began his professional ice hockey career in 2011 with the Chicago Blackhawks after helping the Boston College Eagles win the 2010 NCAA championship. “His warm personality made an immediate impact in the locker room and with our fans,” the Blackhawks said in a statement following his death. “We’re proud of the memories he made in Chicago.”

In 2015, Hayes was traded to his home team, the Boston Bruins. “The Boston Bruins are heartbroken by the passing of Dorchester native and former Bruin Jimmy Hayes,” the team tweeted on Monday. “Our thoughts are with his wife Kristen, his sons Beau and Mac, and the entire Hayes family during this very difficult time.”

Patrice Bergeron, the current captain of the Bruins, also expressed his condolences in a statement. “I’m devastated to learn of the passing of my friend Jimmy Hayes,” the Canada native, 36, said. “It was a pleasure getting to know Jimmy, and he was such a joy to be around both on and off the ice. I’ll always remember his big smile — he was so positive and full of life. I’m going to really miss that. We’ve lost a great person.”

Hayes, who last played professionally in 2019, also did stints with the Florida Panthers and the New Jersey Devils. Beginning in August 2020, he cohosted the podcast “Missin Curfew” with fellow NHL players Shane O’Brien and Scottie Upshall.

“We lost our brother today,” the “Missin Curfew” official Twitter account wrote in a statement on Monday. “Goodbye Jimmy, we will love you forever. Our thoughts, prayers and love go out to the Hayes family, his wife Kristen and his two beautiful boys, Beau and Mac. We are heartbroken and absolutely devastated today. We appreciate all the kind words.”

Hayes’ brother, Kevin Hayes, is also an ice hockey player. The 29-year-old is currently the alternate captain for the Philadelphia Flyers.

Jimmy and his wife, Kristen Hayes, tied the knot in 2019 in a ceremony held in Cape Cod, Massachusetts. The couple share sons Beau, 2, and Mac, 3 months.

The pair just celebrated Beau’s 2nd birthday on Saturday, August 21. Kristen commemorated the occasion with an Instagram post, sharing a photo of herself and Jimmy holding hands with their little boy.

“Your smile, laugh and heart are one of a kind,” she wrote. “The sweetest soul and best big brother. You light up every room you walk into. The joy you have brought into our lives is indescribable.”