A former Canadian professional hockey player has been sent death threats after boasting about hunting and killing a grizzly bear on Twitter earlier this week.

Tim Brent, 34, shared an image of himself hugging the dead body of the bear on social media after the hunt in Yukon, Canada, saying he’d killed the creature after an ‘awesome stalk’.

‘He spotted us at about 75 yards. Instead of taking off he turned and came right at us. It was very easy to tell this boar owned the valley we were hunting in and wasn’t scared of anything,’ he explained.

Brent, who used to play in Canada’s National Hockey League and for the Toronto Maple Leafs, has received a huge backlash with many British celebrities joining in the chorus of disapproval.

Comedian Ricky Gervais, who is an avid animal rights supporter, mocked his post by saying:  ‘I bet killing this beautiful bear put “an awesome stalk” on Tim too.’

And Sherlock star Amanda Abbington made her feelings known in an extremely strongly worded post, saying: ‘You are a c***. A stupid, inbred, unfeeling piece of s*** c***.’ 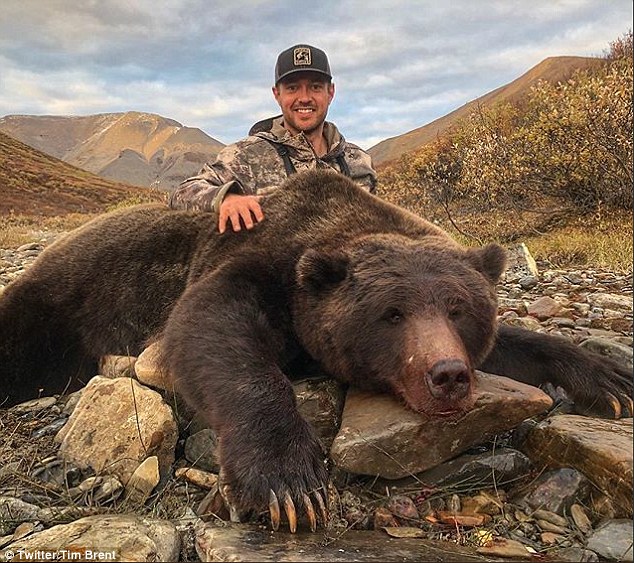 Former professional hockey player Tim Brent, 34, from Ontario shared an image of himself hugging the dead body of the bear on Twitter after the hunt in Yukon, provoking a huge backlash 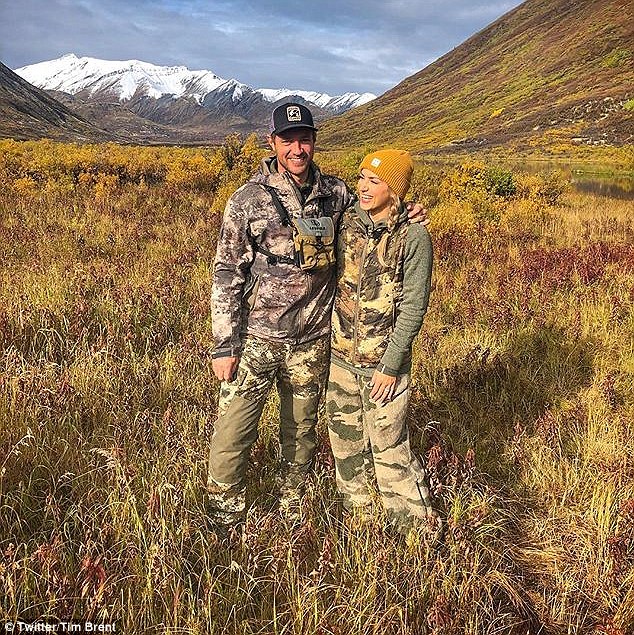 Mr Brent hunts with his wife Eva Shockey-Brent who is one of the only women to have featured on the cover of Field & Stream magazine, a major hunting and outdoor pursuits publication

Actress Brooke Vincent and writer Grace Dent also added their voices to the chorus of disapproval, with the latter saying:

The former athlete complained: ‘This is what we are up against as hunters and conservationists.’

In another post, he explained on average, a ‘single Grizzly eats around 40 Moose and Caribou calves during each calving season’. 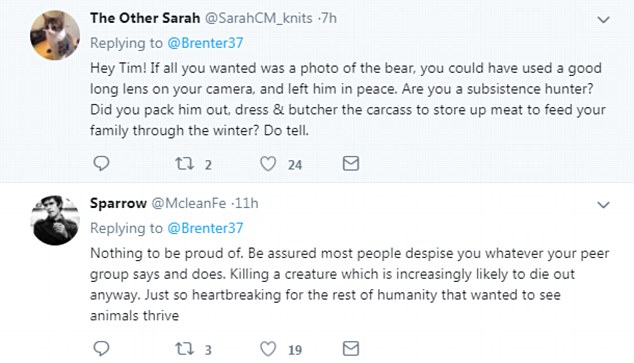 Comedian Ricky Gervais and Sherlock star Amanda Abbington were among the UK celebrities to join the chorus of criticism, while others said he had nothing to be proud of and that the animal was not his to kill

Others defended Mr Brent, who hunts with his wife Eva Shockey-Brent who is one of the only women to have featured on the cover of Field & Stream magazine, a major hunting and outdoor pursuits publications.

One supporter wrote: ‘This is not a young bear. One of the reasons the older ones are hunted because they kill and eat cubs.

‘Another is the population has to be controlled for the balance of the food supply for all the animals.’

There are between six and 7,000 Grizzly bears in the Yukon area and although they are classed as ‘vulnerable’ there is no suggestion Mr Brent did anything illegal in hunting the bear.

Their natural lifespan is 20 to 30 years, and in Yukon their main predators are listed as humans. 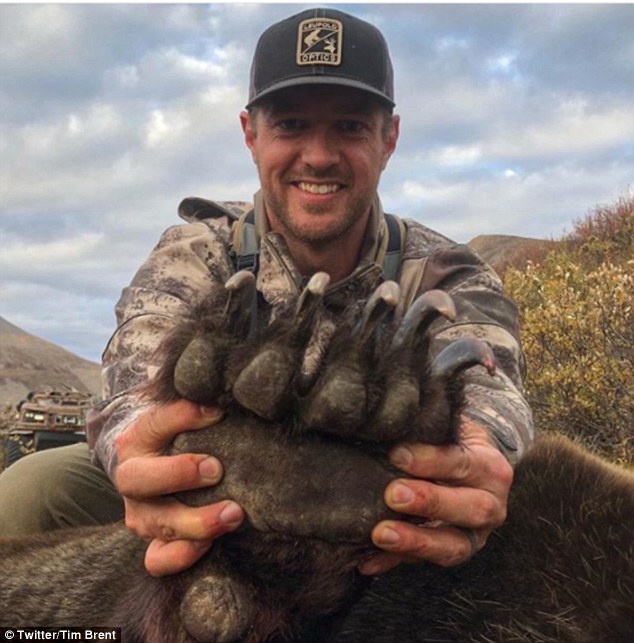