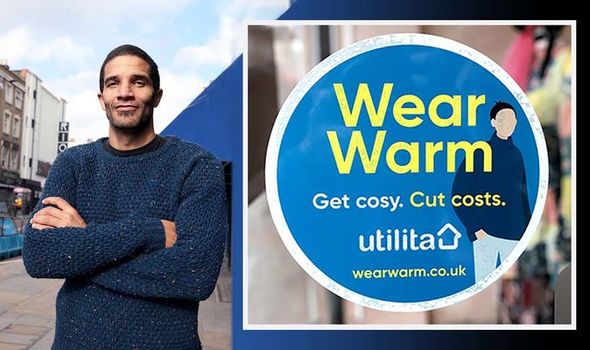 His advice comes as experts say half of householders heat their homes to a sizzling 75F (24C) for six months of the year ‑ as hot as Barbados. And with bills set to rocket as prices soar, specialists say people should layer up before turning up their thermostats.

They said millions of families should avoid heating their homes higher than 70F (21C) this winter to keep costs down.

Utilita has teamed up with environmentalist and Premier League legend James and clothing charity Traid to launch a Wear Warm campaign.

They want households to stop being “T-shirt tweakers” and get cosy in jumpers instead, rather than recreating the Caribbean indoors.

The ex-Liverpool, Man City and Portsmouth star said: “One of my personal bugbears is seeing people sitting at home in the winter, wearing a T-shirt, with the heating cranked up.

“There’s absolutely no sense in it, and now we have the evidence to reveal the impact that this type of behaviour is having on the planet and the pocket.”

He added: “And it makes sense on many levels; for the environment, for your health [cooler environments help prevent the spread of a number of illnesses] and your pocket. Why wouldn’t you?”