Flying ants prove a relentless pest alongside mosquitos and midges in the summer months. Insect populations increase dramatically while the temperatures warm up, and many people will seek solace in some bug spray or a net. But they can ward off flying ants with something much less specialist – dish soap.

Dish soap is a commodity, and the anti-ant mixture requires little preparation.

The final product is also free of toxic components, as other sprays or electric zappers provide the quickest solution.

The only caveat to the method is that it is slightly less effective. 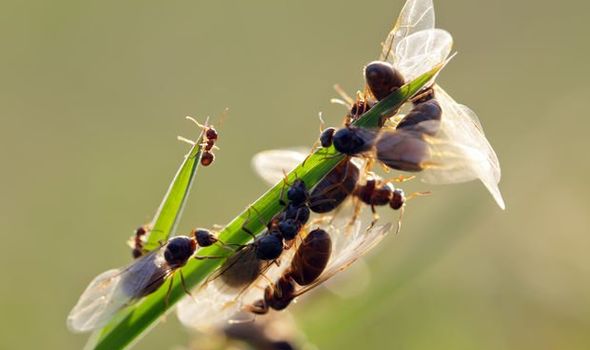 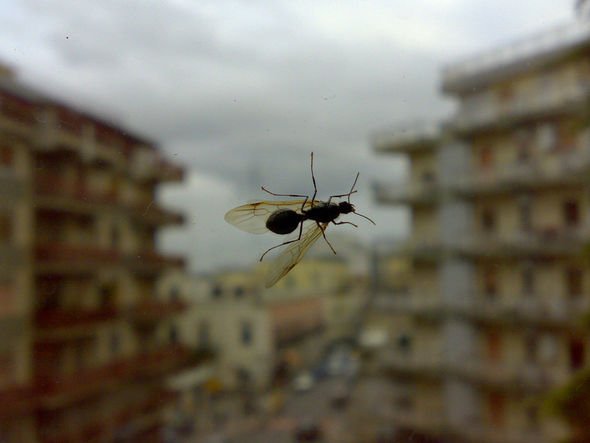 Adding dish soap to water and filling a spray bottle with it is enough to create an effective treatment.

When used, the soap spray dehydrates the ants’ bodies and kills them.

Parents or pet owners can use it anywhere in the house without fear of harming their companions.

However, the process may take a while to kill the insect. 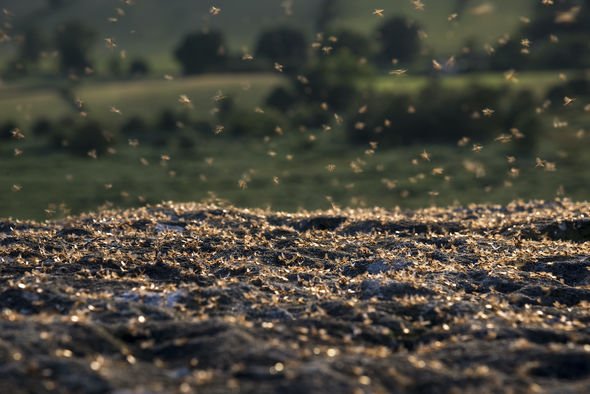 How else can you get rid of flying ants?

Aside from obvious zapping or chemical spraying, some other natural remedies have also proved effective.

Peppermint oil has emerged as a top method and is another easy to prepare spray mixture.

Oil mixed with water or in a three-part solution including dish soap will suffocate the ants after a thorough mix.

DON’T MISS
Flying ants warning: Are flying ants dangerous? Can they bite you? – EXPLAINER
How to get rid of ants: Flying Ant Day sees infestations at a high – INSIGHT
Wimbledon was invaded by flying ants – heres some facts about them – ANALYSIS 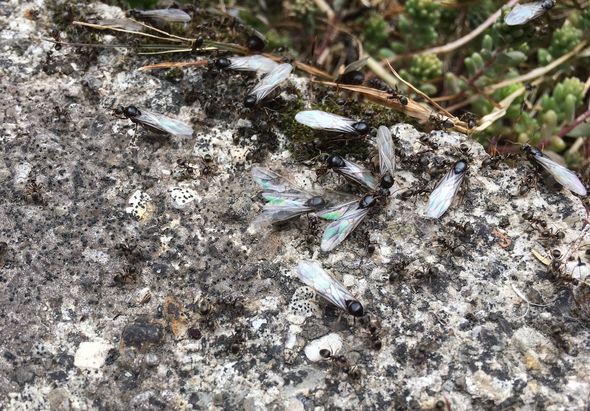 Tape is another handy tool, but to make traps rather than kill the ants.

Placing tape where they feed will trap them as they land.

The ants also act like any other insect and choose to fly around light sources.

Dressing a lamp with tape will likely capture a lot of them, and naturally works best at night.

People can also bring the fight to the ant population, rather than rely on defending themselves.

Mixing borax, which is toxic to ants, with a sugary treat or just sugar, may end up having a profound impact on a victim ant’s colony.

When they bring the food back, any ant which comes in contact with the borax dies.

Making a paste and spreading it in an affected area will stick to surfaces, but those using borax should take care, as it is toxic to children and animals in high doses.