A mother-of-one who has won legions of fans with her sultry Instagram selfies has revealed she’s become so popular that fans turn up on her doorstep and at her gym with gifts.

Fitness model Char Borley, 35, from Suffolk, also known as Char BFit, has more than  389,000 followers on Instagram and some fans are so enthusiastic, they even try to secretly film the bodybuilder in the changing rooms at the gym.

‘I’ve had many fans find me and turn up with gifts, which is lovely. Most girls want to know if my butt has implants, which it doesn’t just for record,’ she told Femail.

‘I spent years in the gym, and have had to keep in shape for appearances with the WWE and also when I competed and won five bodybuilding titles – so my butt is real.  Many women in particular feel the need to touch it.

Gifts she’s received include, ‘everything from jewellery and computers to a stamp – which I later than valued and it turned out to be worth several thousands.’

However, some of the approaches are not quite so friendly, and she’s also been on the receiving end of harassment and stalking, including by a man who was convinced her was her boyfriend. 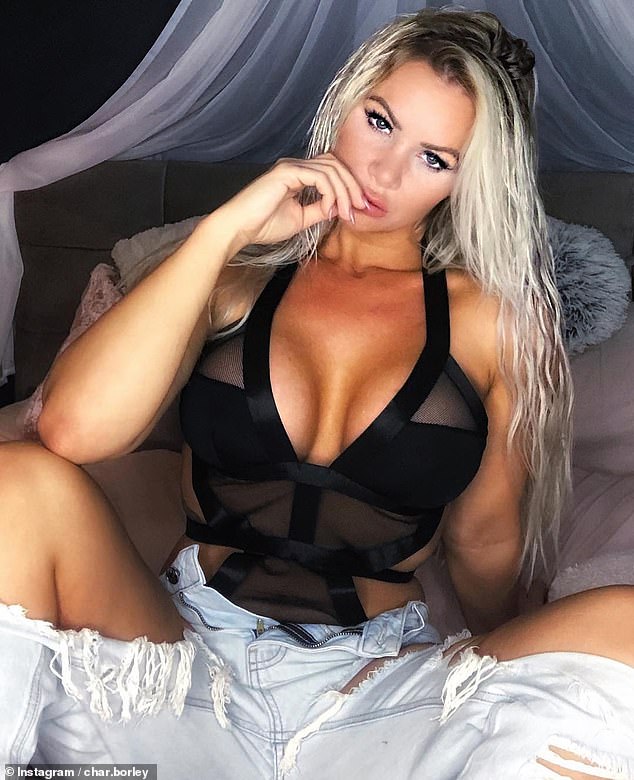 Glam fitness model Char Borley, also known as Char BFit, has over 389, 000 followers on Instagram and claims she can no longer post her location as she gets followed wherever she goes 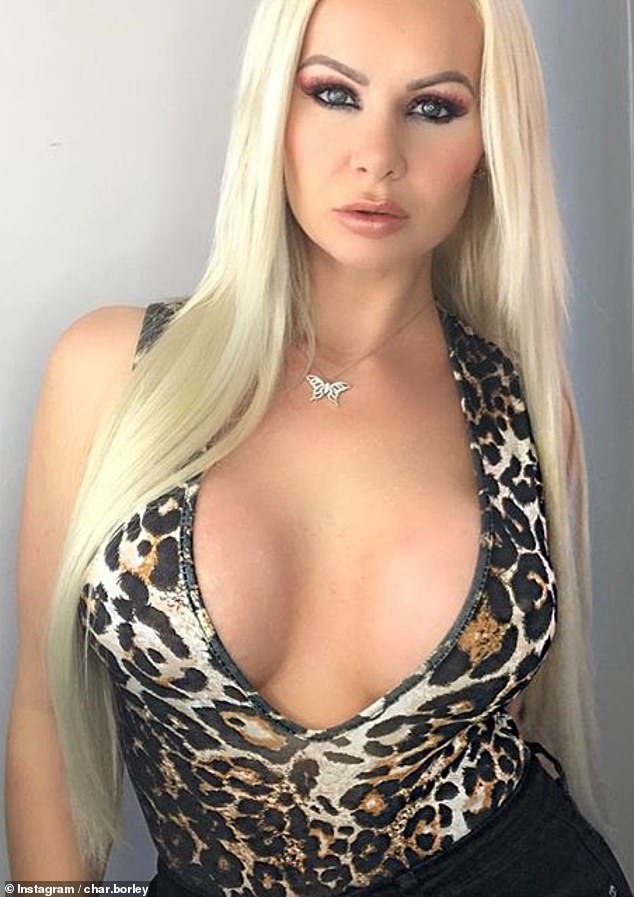 While the Instagram influencer has had some followers turn up with gifts, some situations have turned nasty where they’ve harassed her and even vandalised her property

‘Some situations have turned nasty where they’ve followed me and harassed me and even vandalised my property. Social media followers do actually scare me at times.’

The glam fitness star never actually set out to be Insta-famous – it was all her 18-year-old daughter Tia’s idea.

‘My daughter suggested I join Instagram,’ explained Char. ‘I started putting up random pictures, but never knew anything about ‘Insta-fame.’ 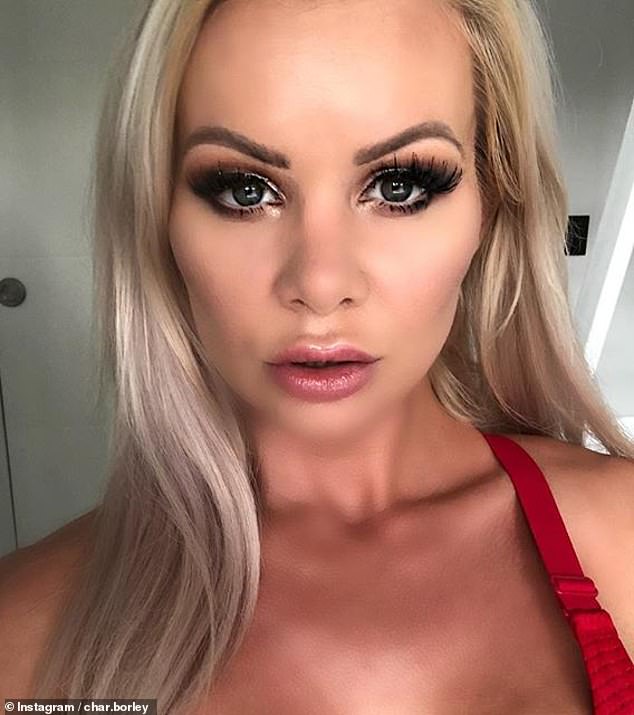 Speaking of the very first time she was stalked, Char said: ‘I was outside a photographic studio where I was shooting a TV show.  A middle-aged man pinned me up against a wall and started crying, saying how he was devastated I hadn’t returned his calls – which was all in his head’

‘I put up what I thought was fun at the time, then people followed pretty quickly and brands started to show interest, which then got me more attention.’

Since then, Char claims followers from all over the world have tried to hunt her down in various locations.

Speaking of the first time she was stalked, the Instagram influencer said: ‘I was outside a photographic studio where I was shooting a TV show when a middle-aged man pinned me up against a wall and started crying, saying how he was devastated I hadn’t returned his calls – which were obviously in his head.

‘He kept stating it was his destiny to spend his eternal life with me. 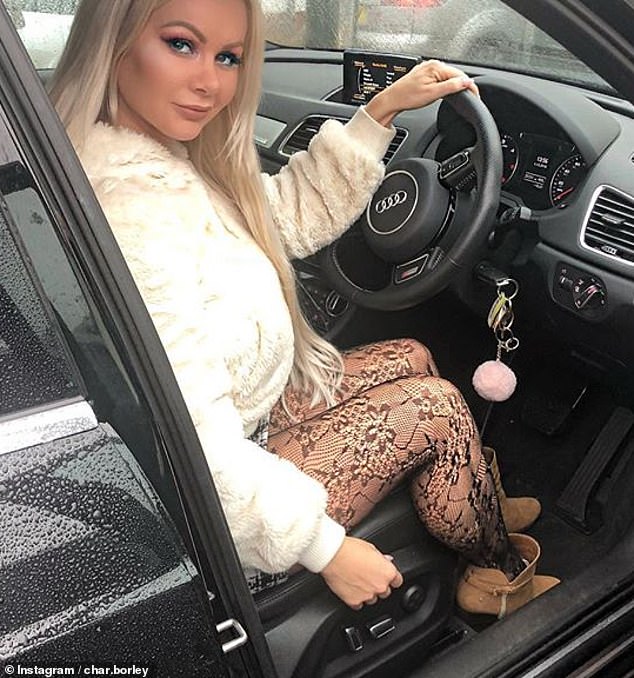 When Char was in Miami, one girl sent her over 50 messages asking for her exact location so that they could go shopping together 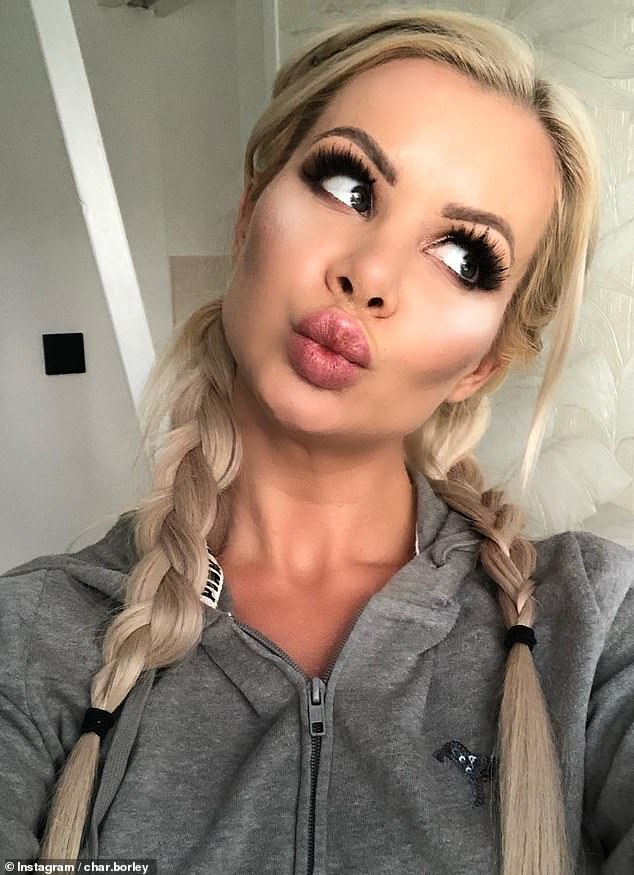 The fitness model has tried to confront girls who have filmed her in the gym changing room, but they say they just wanted to know where she got her bikini from’

She continued: ‘To say I was freaked out was an understatement.

‘This man in particular continued to follow, email and stalk me online for many years. Sometimes he would make comments relating to where I was and how he was trying to find me.’

She reported him to the police and he’s since stopped hassling her, although she believes he still follows her online.

But it’s not only men who have taken it a step too far, with women also overstepping the mark.

The most popular question Char is asked is about her butt. She said: ‘Most girls want to know if my butt has implants, which it doesn’t for the record’ 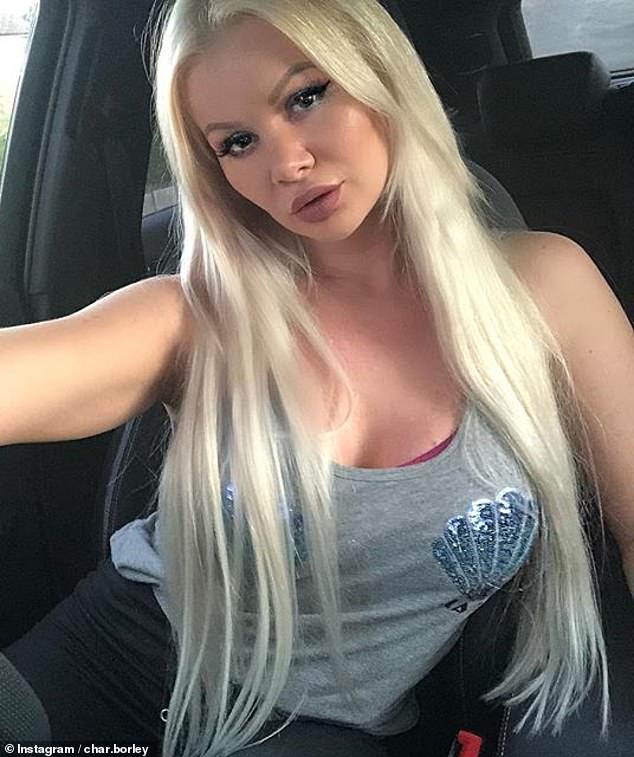 Personal trainer Char has worked hard for her body . She has spent years in the gym, and has had to keep in shape for her appearances with the WWE

‘I’ve had a couple of occasions where I’ve actually had girls film me in gym changing rooms, which I really don’t like,’ said Char.

‘It’s crazy how some girls think it’s OK to do that but this really does happen. They try to be discreet but it’s just so obvious.

She continued: ‘There have been occasions where I’ve tried to confront girls about my privacy, but they say they just wanted to know where I got my bikini from!’

‘I was in Miami and had a girl send me over 50 messages asking where exactly in Miami I was. She kept insisting we go shopping together, which was actually quite cute. 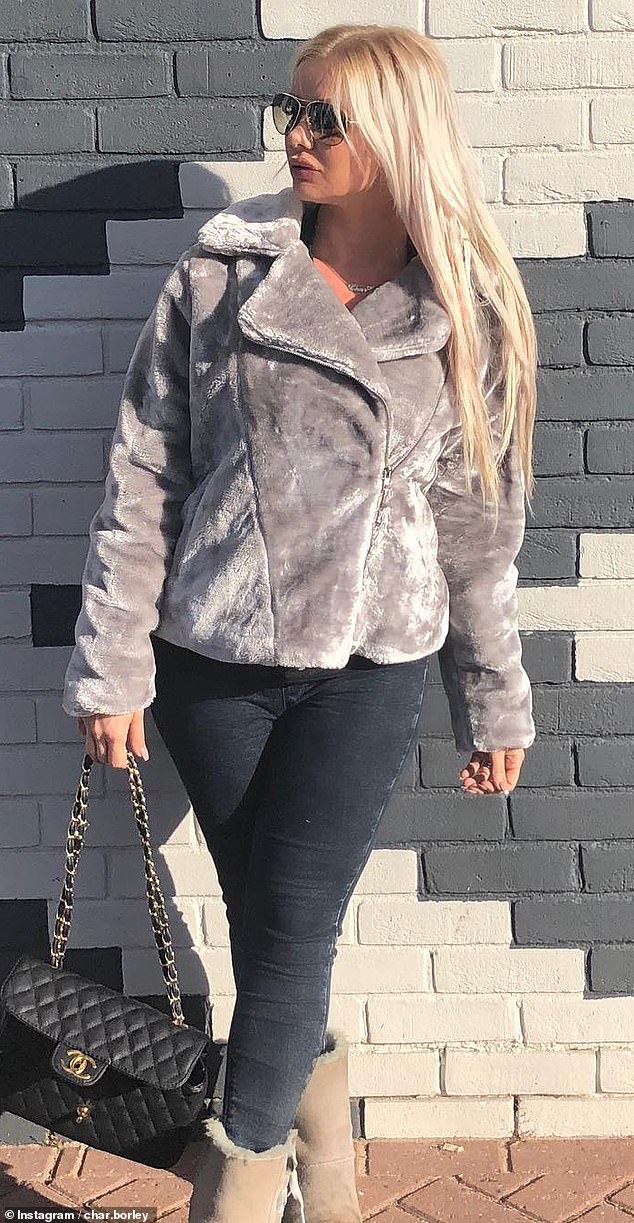 Impressively, the Instagram influencer not only works with several well-known brands, but has also competed and won five bodybuilding titles 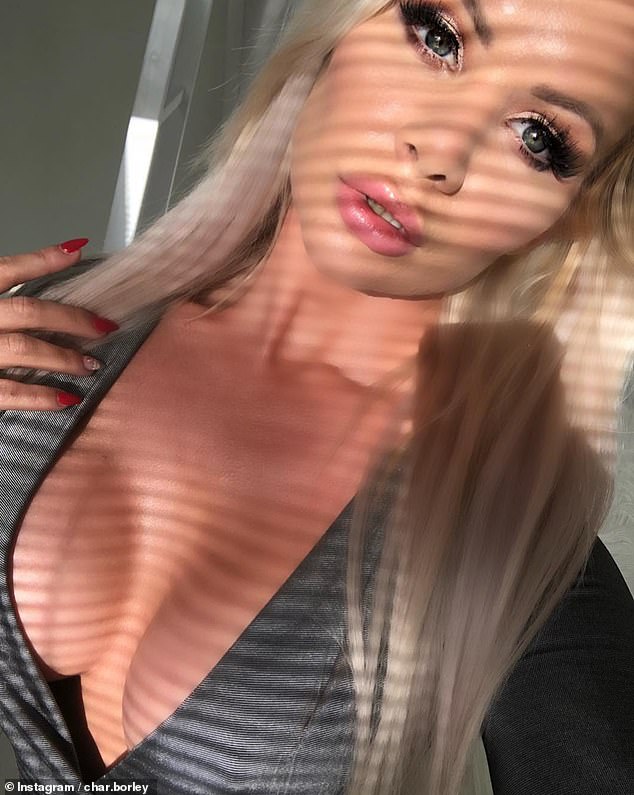 There are a few petrifying moments which have particularly stand out to Char – including reporting someone for vandalism and a man that looked into her window.

‘I’ve had someone reported to the police as my car was written off due to vandalism,’ explained the fitness model.

‘A gentleman was sitting in my rear garden, cross-legged just watching through my windows.

‘I’ve been followed by a particular person before who would show up at every event or even at any location.

It’s interfered with my family life on occasions too, but all these situations get reported and I no longer live alone.’ 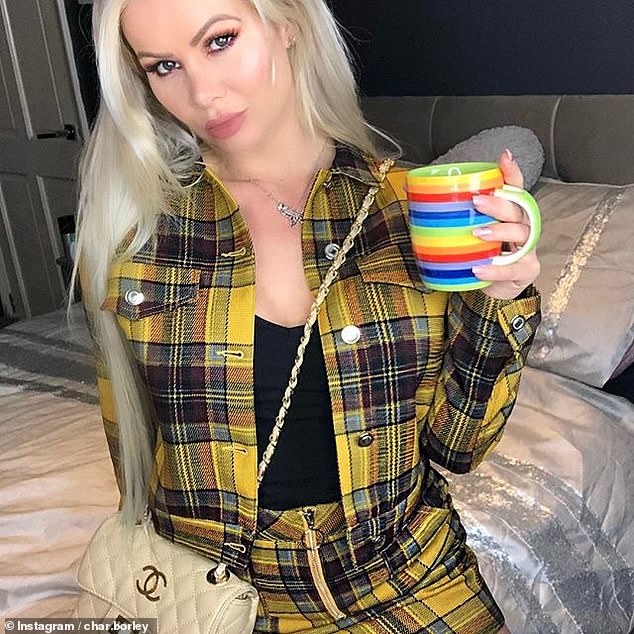 Char’s followers often turn up with gifts for the influencer, which includes everything from jewellery and computers to a stamp – which turned out to be worth thousands! 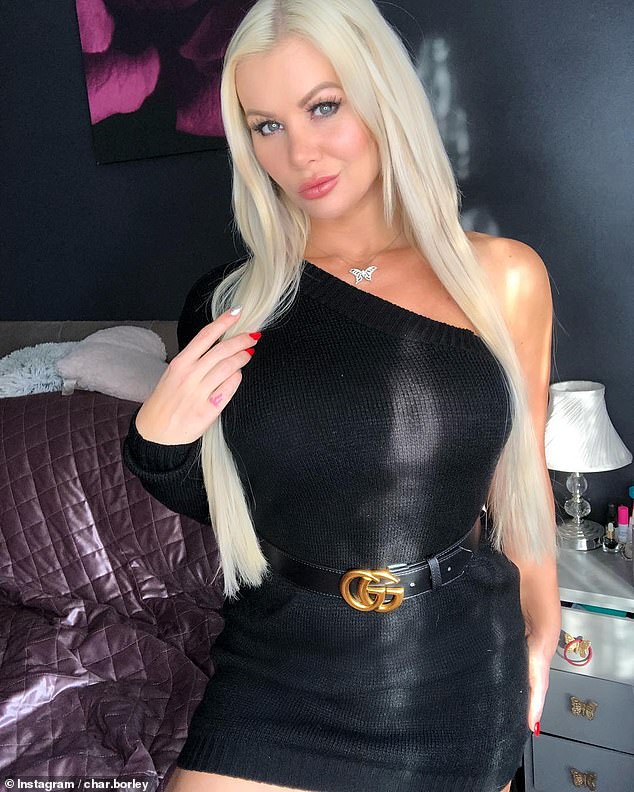 While there are many perks to being Insta-famous, Char said the biggest concerns were the fact that she’s a mother and that everybody thinks they know everything about her