The beloved movies are reminiscent of a Cinderella tale, with the central characters, played by Julia Roberts and Anne Hathaway, undergoing fairytale-style transformations – with real-world difficulties along the way.

But, the parallels don’t stop there. American filmmaker Garry Marshall, who directed the films, chose to cast the same actor as a waiter in Pretty Woman and Princess Diaries and even gave him the same line.

The friendly staff member, played by Marvin Braverman, assists both Vivian Ward and Princess Mia in the films when they make social faux pas. 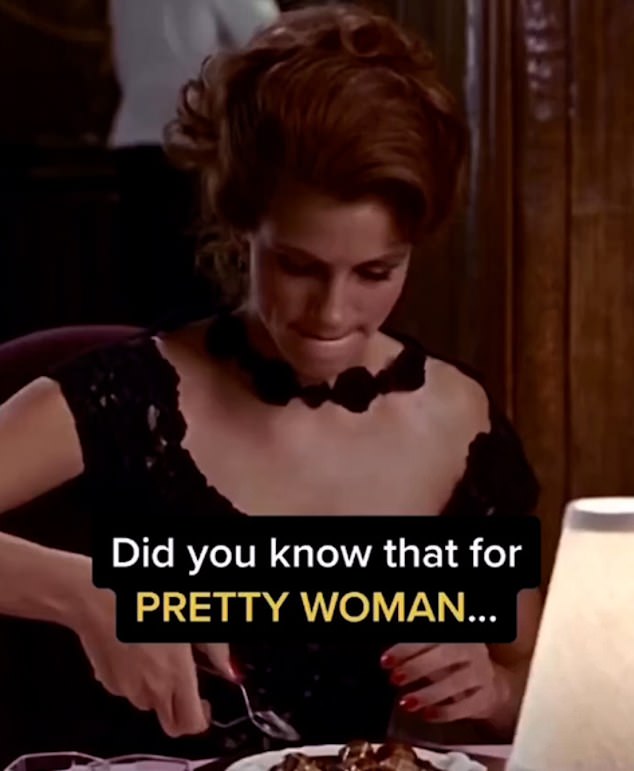 In the iconic dinner party scene when Vivian flings an escargot into the air, exclaiming ‘slippery little suckers’, the French delicacy is then caught by the nearby waiter.

While the other guests look far from impressed, Braverman’s character offers reassurance, telling her ‘it happens all the time’.

The scene is mirrored in the first Princess Diaries film, when Mia Thermopolis, keen to impress at her first ever state dinner after learning she is Princess of fictional European country Genovia.

As she goes to make a toast, the awkward teen accidentally smashes a glass with a knife in front of her grandmother’s (played by Julie Andrews) important guests. 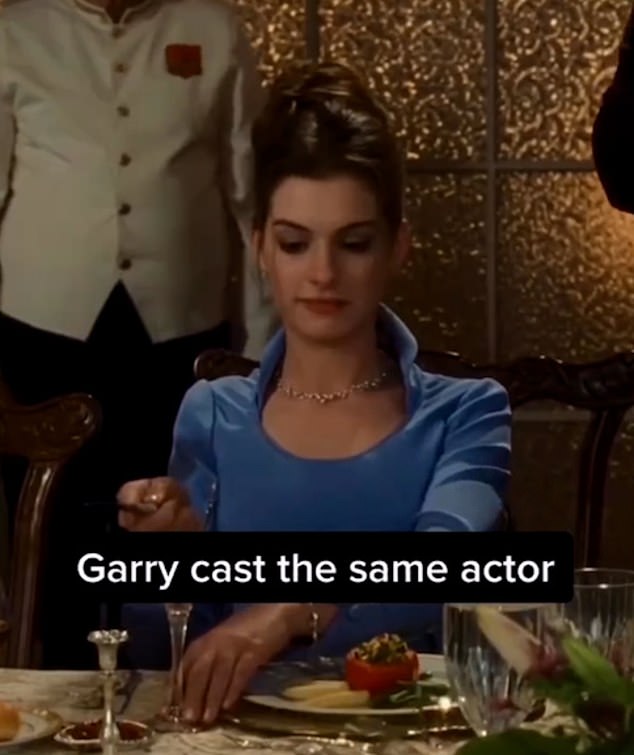 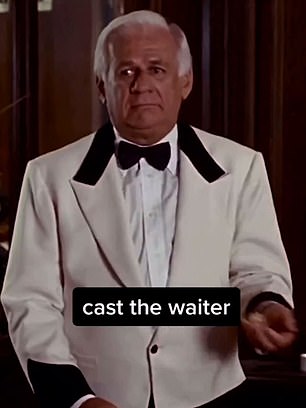 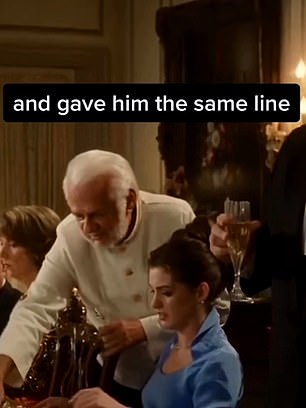 The friendly staff member, played by Marvin Braverman, assists both Vivian Ward and Princess Mia in the films when they make social faux pas

Helping to clear up the mess, Braverman, who again plays a member of staff, tells her ‘it happens all the time’.

In the movie’s sequel, he then plays an unsuspecting member of palace staff who catches Mia’s ring which flings off as she waves to her subjects.

True to form, he again calmly tells the Princess that it happens all the time as he hands back her ring.

Braverman isn’t the only actor to appear in more than one of Marshall’s films – with the director, who died aged 81 in 2016, known for repeatedly working with the same cast members. 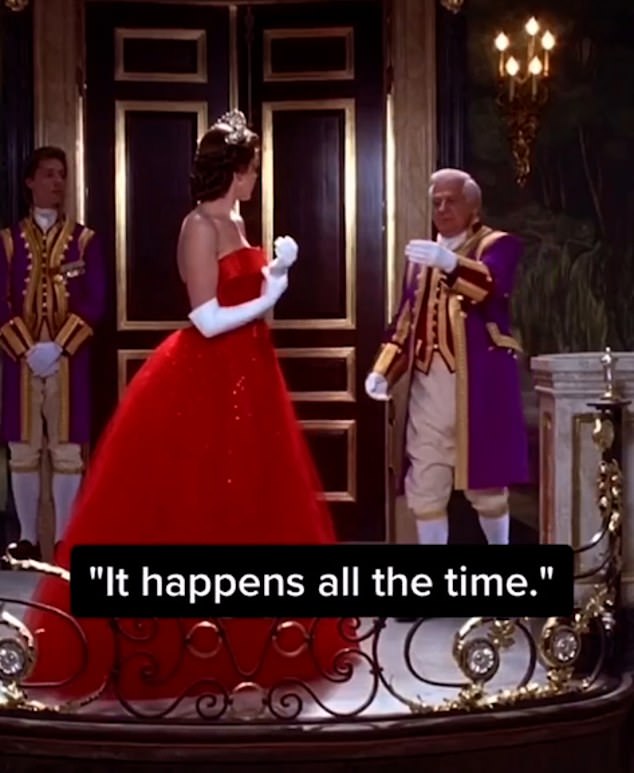 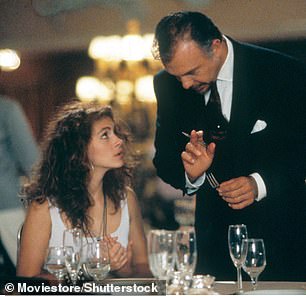 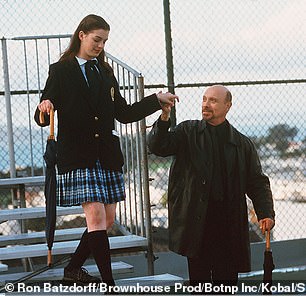 In fact, Hector Elizondo, who plays hotel manager Barney Thompson in Pretty Woman and security guard Joe in the Princess Diaries, starred in 18 of the director’s movies in total.

Allen is a YouTuber and TikToker and has gained a huge following spotting by revealing details in movies which most viewers likely missed.

Fans were amazed by his latest observation, with some suggesting that it means the two films take place ‘in the same cinematic universe’.

One commented of the iconic moment: ‘when it works it works’ while another asked ‘where is his best actor nomination?’

Another pointed out how good the waiter’s reflexes are, as more highlighted how the repetition of the line does show that it happens ‘all the time’. 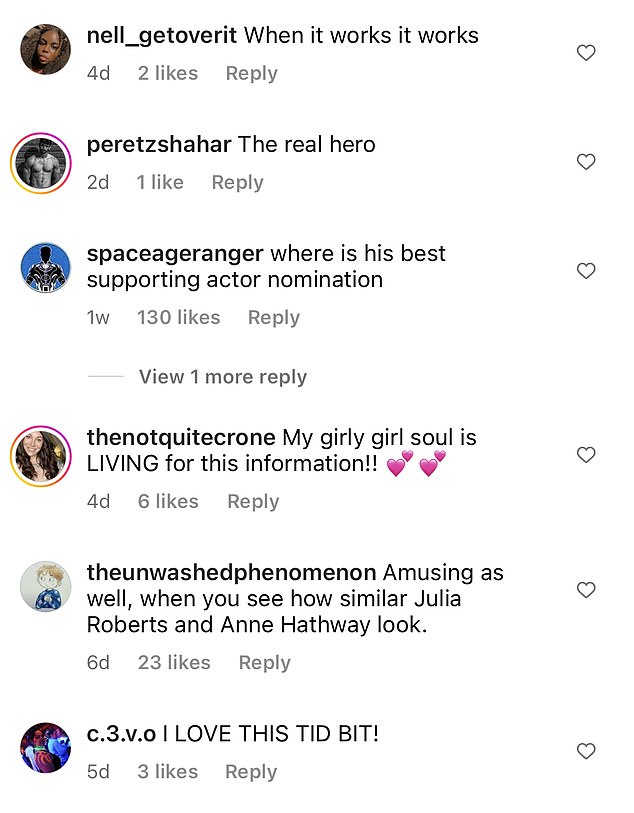 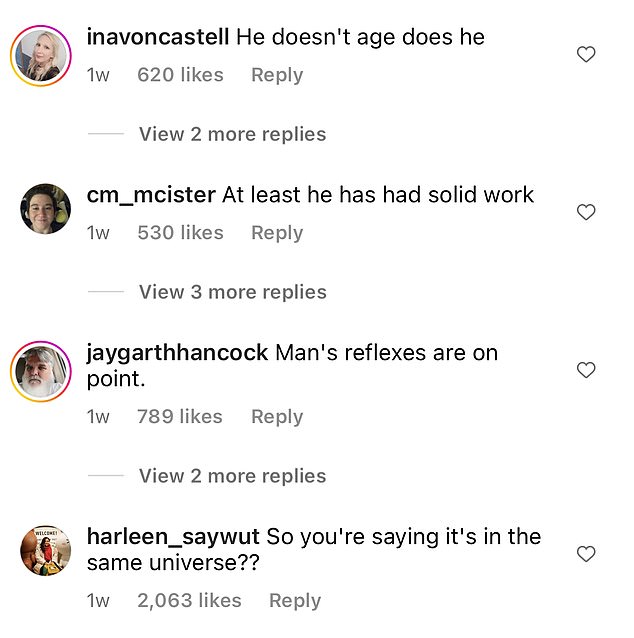 Read more: Richard Gere turns 73! Pretty Woman star cuts a youthful and relaxed figure as he is pictured out in NYC one day before his birthday