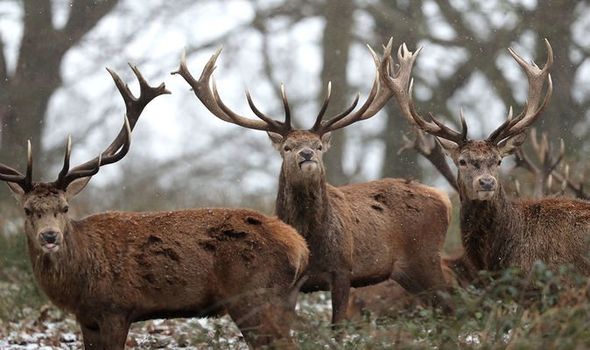 In the same period, 961 deer were culled in Richmond Park, while 532 were killed in Bushy Park. There are two culls per year.

Richmond, originally a royal hunting ground, is home to around 345 red deer and 315 fallow deer, while Bushy has a total population of around 320.

Charles Smith-Jones, technical adviser at the British Deer Society, said: “Quite simply, people need to give them space, pick up their rubbish, keep their dogs under control and slow down in their cars.

“The mistake many people make is that they think the deer are domesticated but they are not. They are wild deer who are more used to a human presence. They will put up with us being there but they don’t want people crowding them.

“The Royal Parks do a wonderful job and try to warn people but, sadly, some just don’t pay attention. You must keep your distance.”

The Royal Parks emphasised that deer safety is important and that culling is done purely to manage populations.

It also recommends dog walkers do not walk in the park during birthing and rutting seasons, saying: “Deer can feel threatened by dogs even over long distances and when the dog is not behaving in a provocative manner.”

A Royal Parks spokesman said: “We take deer welfare very seriously and all aspects of their health are regularly monitored. In addition, both the society and the Deer Initiative of England and wales fully endorse humane culling.

“The Royal Parks is an expert manager of enclosed deer herds, which are under veterinary supervision.”