Turning back time! Nostalgic families recreate childhood snaps as adults with hilarious results – as they squeeze into laundry baskets and cover their faces in spaghetti

Most of us are keen to avoid our embarrassing childhood photos, pushing the old albums to the back of the cupboard.

But in a hilarious new gallery, brave adults have taken ownership of their awkward childhood moments – recreating a series of side-by-side snaps.

The online gallery, created by picture sharing site Amomedia, shows some of the funniest attempts at copying old family photographs – and it may make you feel nostalgic about years gone by.

Among the amusing images contributed by people from around the world, is a woman who appeared delighted to be eating with a face covered in spaghetti bolognese – just as she had done as a baby.

Elsewhere two grown-up brothers hilariously recreated a bath-time picture from their childhood, managing to squash back into the tub. 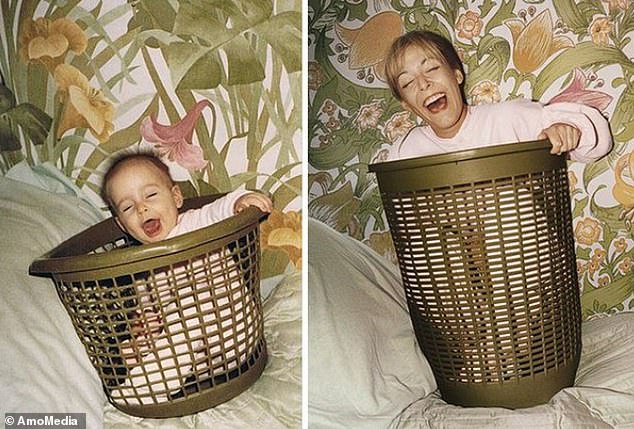 People from around the world contributed their attempts at recreating childhood photos to a hilarious online gallery, including this woman who found joy in a laundry basket – even posing against the exact same wallpaper 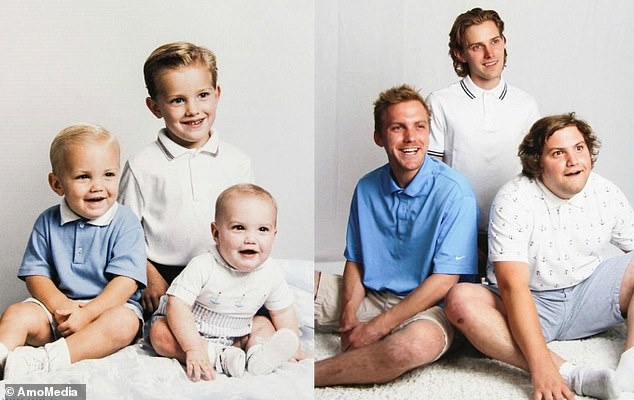 A group of brothers searched for outfits similar to ones worn as toddlers and hired a photographer to capture their lasting bond, left, before and right, now 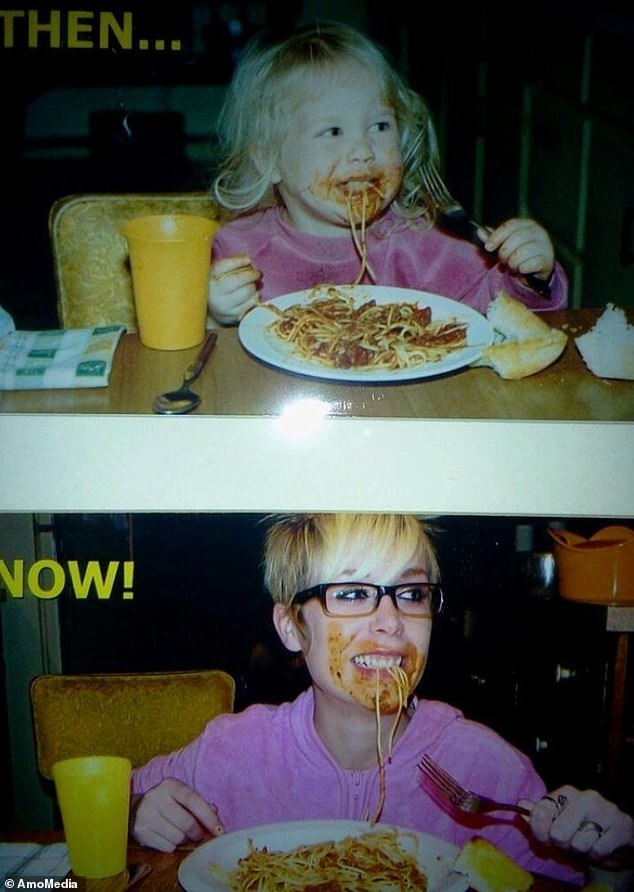 A woman who had been thrilled to have a face covered in sauce while eating spaghetti bolognese as a child, indulged in the meal years later, below 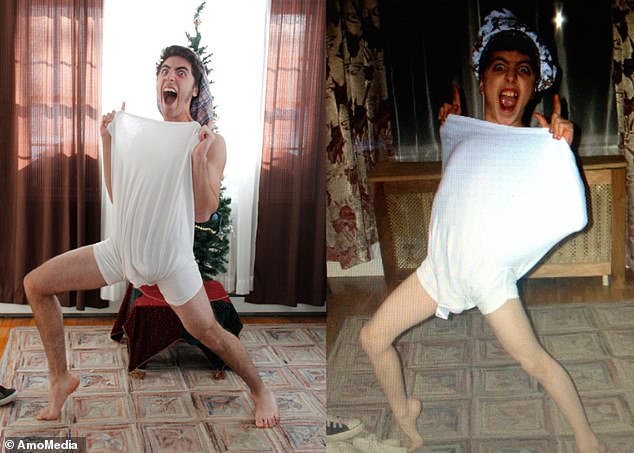 A man who had been ecstatic to celebrate Christmas as a child, right, recreated his awkward holiday pose by forcing his legs once through an upside down t shirt, left 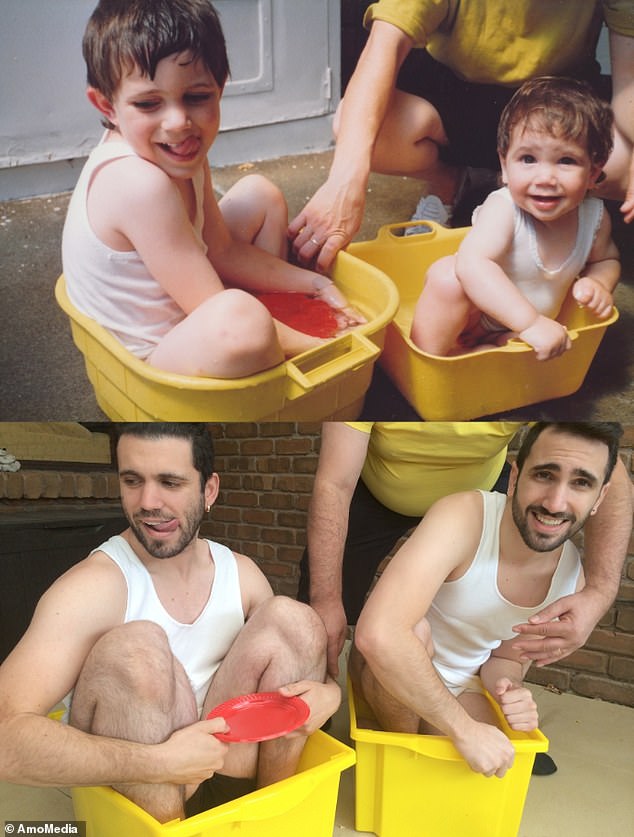 Two brothers managed to shrink back into yellow tubs as they posed for an awkward photograph wearing just vests, below, recreating their childhood snap, above 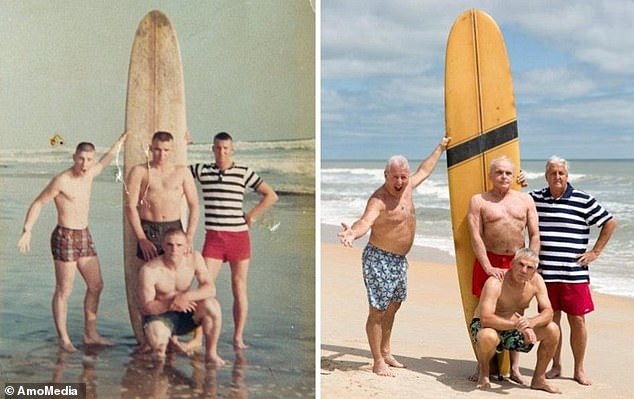 A group of siblings who had post alongside a surfboard on the beach, left, returned to the same spot for a similar pose years later, right, as older gentlemen 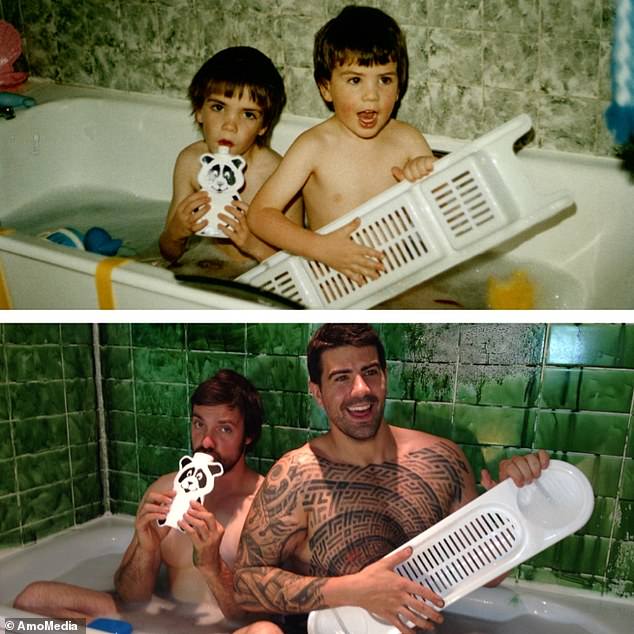 Two brothers who had played during bath time as children, above, appeared in good spirits as they recreated the scene, below 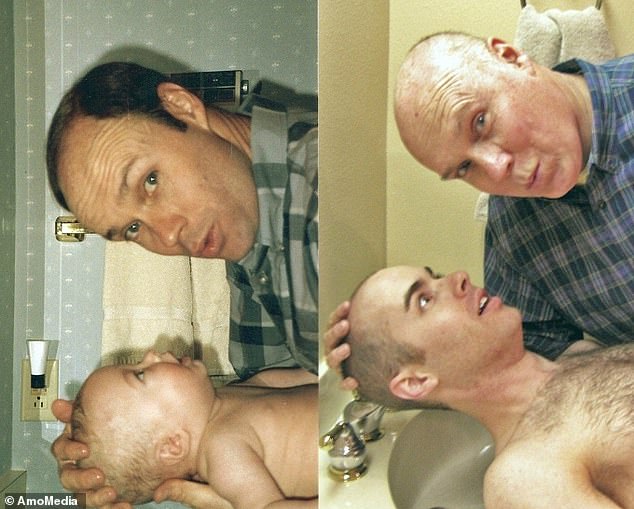 A man who had stared in amazement at his father as a baby, left, managed to achieve the same look years later, right, though it didn’t have quite the same effect 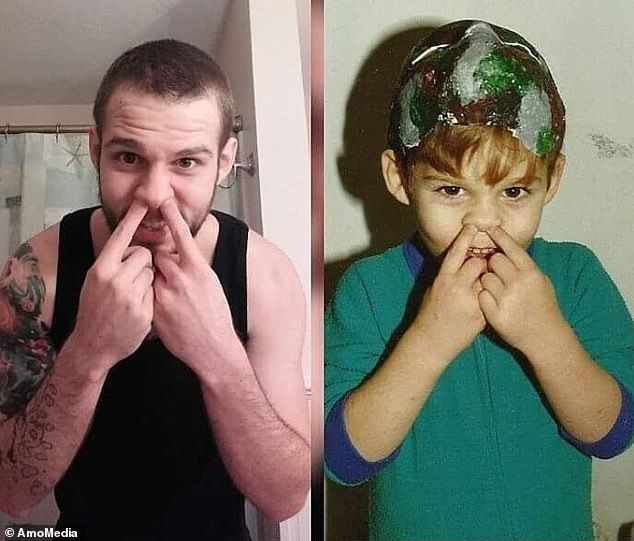 Picking both nostrils at the same time as a child, right, a man proved he still had the habit by posing for a photo with the same expression , left