Super mom! Evangeline Lilly is a hero not only to Marvel fans, but also to her young son.

“He came to set one day and got to see me fully kitted up with the helmet on and everything, and he was jazzed. He wanted to wear it all,” the Ant-Man and the Wasp star tells Us Weekly exclusively in the latest issue. “And another day he came to visit me on the set of Hope and Hank’s lab, and he was in awe of all the buttons and switches and gadgets. He asked if he could touch them, and I told him to go nuts. He sat at a particularly elaborate switchboard and started playing and then turned around to my partner [Norman Kali] and said, ‘Look at me, Dad! I’m the Wasp!’ That was a moment.” 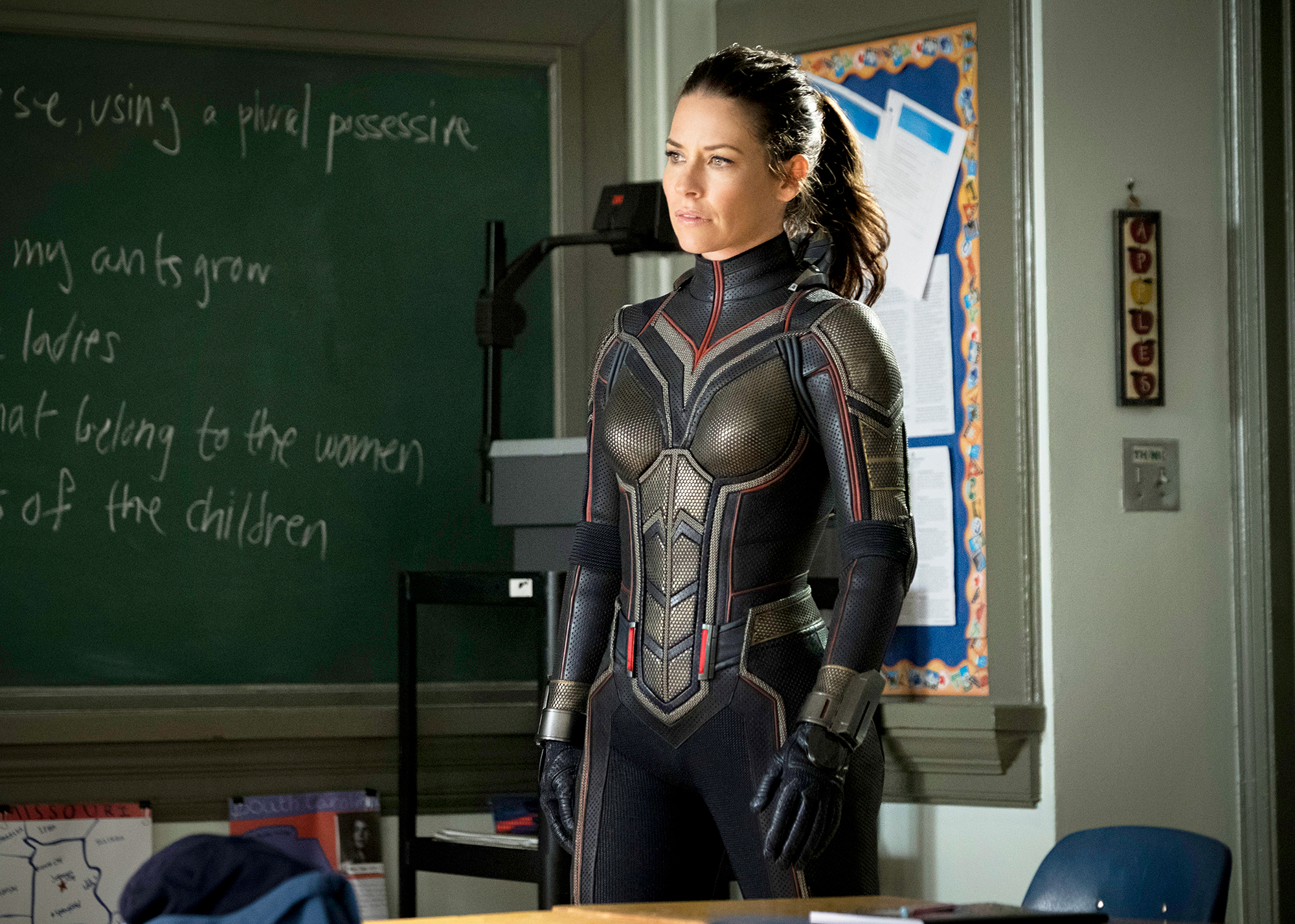 The longtime couple have two children together: son Kahekili, 7, and a 2-year-old daughter.

Lilly, 38, does not take her role as Hope van Dyne lightly. She is the first female superhero to be mentioned in the title of a Marvel film in the cinematic universe’s 10-year history. “The truth is that I felt both pressure and excitement going into the filming, but once we actually began shooting, the pressure melted away into the same pressure I feel tackling any role — the pressure to be honest and tell the truth in every breath I take on screen. I just wanted to honor Hope as a person,” she explains. “Women are having an incredible moment culturally right now, but let’s not lose sight of all the women who have come before us. We’re the tip of a powerful iceberg that is always growing and morphing. I am just a building block, creating something hopeful and hopefully something inspiring.”

The Lost alum applauds Ant-Man and the Wasp’s emphasis on partnership. “Marvel never intended Ant-Man and the Wasp to be a sidekick and a superhero. That was obvious in the way they set up their dynamic in the first Ant-Man film. Hope trained Scott (Paul Rudd) to be Ant-Man. She was always going to hold her own,” Lilly says. “Hope and Scott are opposites. Hope is calculating, driven and exact. Scott is emotional, fluid and relaxed. These differences are their strength. Right now, at a time where opposites can be seen as something threatening, it’s a beautiful thing to show how opposites are crucial, vital and unstoppable when embraced. Right needs left, high needs low, red needs blue, black needs white. This is the balance of life. Hope and Scott are yin and yang, and it’s not only sexy, but it’s really fun to watch.”

Although the first film prepared Lilly for her role as Hope, she had to get in fighting shape to become the Wasp. “My training for the movie was much more mental than physical. The truth is that I’ve always been the type of person to keep fit,” she notes. “But the physical feeds into the mental, so when I would be out in the frost-covered forest running till my lungs stung, I relished the feeling of digging in, the grit that you adopt to push your body. It really set my mind into a Wasp space — no mercy, no mistakes, no excuses … just results.”

She continues: “The biggest dietary adjustment I made was to really dramatically cut back on my salt intake. I love me a plate full of bacon or a bag of mesquite BBQ chips, but the swelling it induces is not so Wasp-y.”

Despite shining in her own right, Lilly can’t wait for moviegoers to experience her team-up with Rudd, 49: “The thing I’m most excited for viewers to see is Scott and Hope in action together. I really, really love the team aspect of this film. It’s fresh and fun, and I could watch Scott and Hope get under each other’s skin all day.”

For more on Lilly and her role in Ant-Man and the Wasp, pick up the new issue of Us Weekly, on stands now.

With reporting by Jamie Blynn