It was hard to tell who was more recalcitrant: the child screaming at the next table or the woman I couldn't help overhear bitching behind me. "I'm thirsty! I want lemonade," the child shrieked at a spirit-breaking pitch. "Darling, it's coming," his mother answered in lieu of telling him to lower his voice.

Now, I had been watching this scene from the moment this mother and her son arrived at the busy cafe and it had only been a matter of minutes since she ordered. Yet one would think the child had been crawling on his belly through the Sahara for days.

I understand that an irritated child makes for a frustrated mother, but I couldn't stop myself from thinking that if the child was about to turn to dust, she could always pour him a glass of the water the waitress had already brought to the table instead of the sugary alternative. 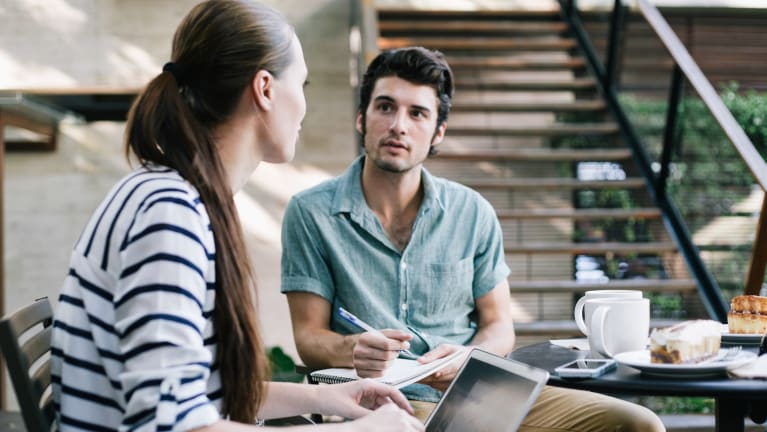 All I seem to be
hearing lately is
“I want it and
I want it now”.
Not “wouldnʼt
it be nice”.

I tried to shut out the annoyance but found it replaced by the loud conversation between the women behind me. It had started with one of them bleating about not getting a pay rise in a job she had started only months earlier. Then she moved on to how long it had taken her to meet someone suitable on Tinder and how long it was taking the person she finally found suitable to ask her out again. "I want a baby and can't muck around," she griped. "It's just not fair."

Normally, such a conversation wouldn't annoy me so much, but it appears my patience is past its use-by date. Because all I seem to be hearing lately is "I want it, and I want it now". Not "wouldn't it be nice", or "I would feel so grateful if this happened".

Nope, under every "I want" exclamation I hear there's an "I deserve" or "I am entitled to". This leaves me desperate to ask the question that convention prevents me from uttering: "Just who the hell says?"

Personally, I'd like to win the lottery, see that moron in Washington impeached, get my teenage waist back, and own a home so close to the beach I can smell it, hear it and see it. But do I feel that these things are my right? No. They are desires, not destinies; gifts, not givens. Just because we want something doesn't mean we should have it.

I remember asking my godmother when she was alive why she didn't have children and she told me about the concept of que será, será and accepting what fate has in store. "It just didn't happen, so I moved on with my life," she explained. "I grew up believing in fate and this was mine."

"But if IVF was available back then?" I pressed on.

"I think sometimes choice can be a bad thing," she said. "Comparing yourself with others is the same. It's not about wanting or demanding what they have but being grateful for what you have already."

There's no need for me to explain that I loved my godmother profoundly and I live with her words and their sentiment to this day. Which is why I want to lunge across the table and tell that kid to drink the bloody water if he's so thirsty. To ram it home that, as a rule, you don't get what you want when you want it in life, so it would be wiser to feel thankful, not entitled, when you do get what you wish for.

It also took all my willpower not to turn to the frustrated woman behind me and suggest she come up with a plan B in case her romantic desires didn't materialise within her designated time frame. And to add that just because she feels she deserves all the things she sees other people having, it doesn't necessarily mean she's going to get them.

Instead I hummed Que Será, Será under my breath, grateful that I understood that this is not just a song but a way of life. And in my case, it's a great life, regardless of the fact it may not have been the traditionally conventional one I envisaged for myself but rather a serendipitous case of whatever will be, will be.