Elon Musk, who’s attempting to buy Twitter, revealed that he spoke to Kanye West about the anti-Semitic tweet that got him suspended from the platform over the weekend.

“Talked to ye today & expressed my concerns about his recent tweet, which I think he took to heart,” the tech mogul, 51, tweeted on Monday.

Musk – who has built a friendship with West, 45, over the years – previously welcomed the “Gold Digger” rapper back to the platform on Saturday shortly after Instagram suspended his account for anti-Semitic posts the night prior.

West hopping on Twitter marked the first time he’s utilized the app since November 2020, around the time he went on a tirade against ex-wife Kim Kardashian and her mom, Kris Jenner.

Musk tweeted that West “took to heart” their conversation after his posts. 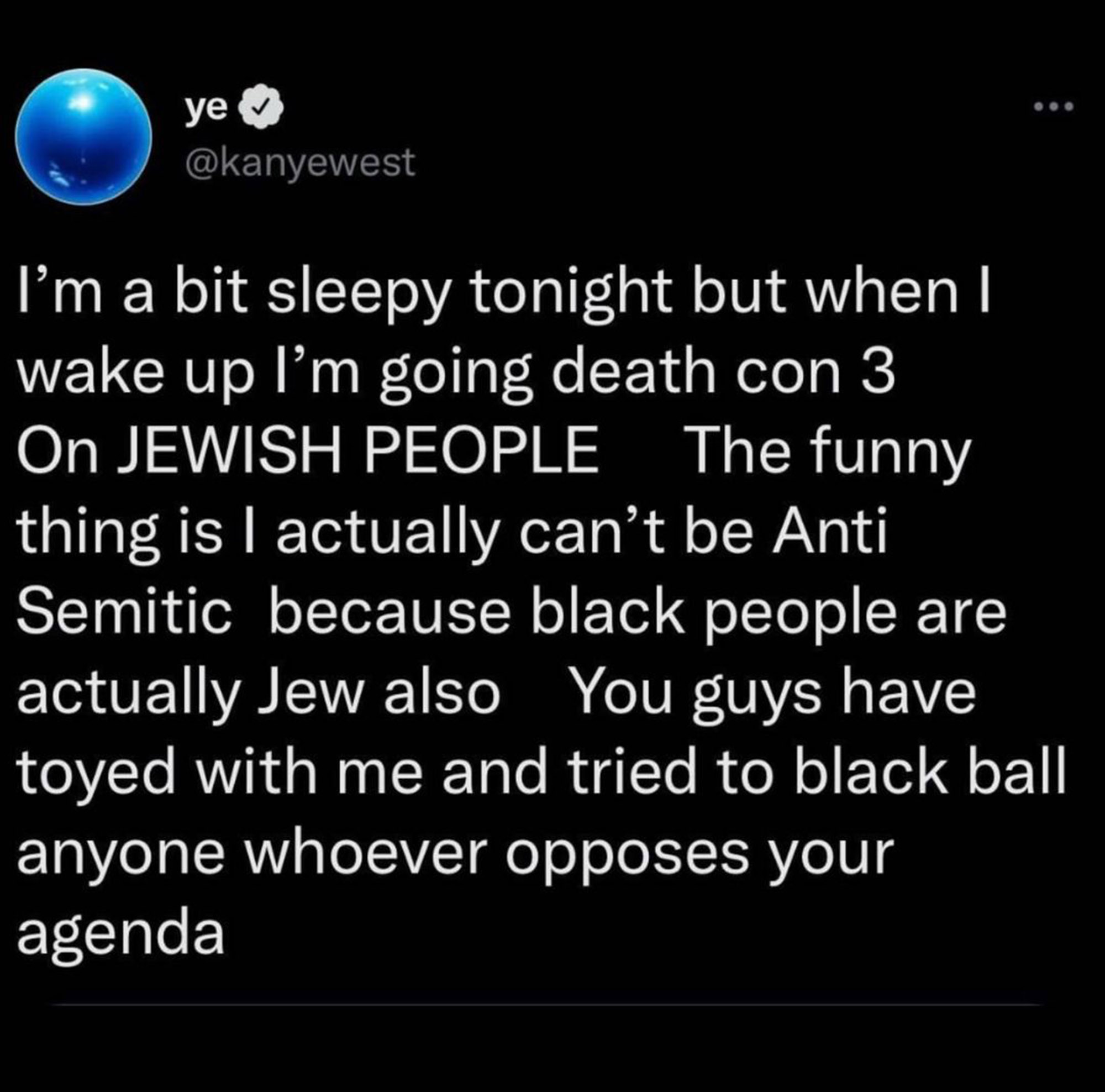 Musk tweeted that West “took to heart” their conversation after his posts.