Tagging her image from Bayside High, Berkley all but promises Voorhies will have a much more prominent role in the upcoming Season 2 of the Peacock revival.

Lark Voorhies was relegated to a disconnected cameo appeared in the first season of the “Saved by the Bell” revival series on Peacock, but it looks like she’s going to be back in a much more substantial capacity for the upcoming second season.

Elizabeth Berkley all but confirmed it with an incredible reunion photo shared to her Instagram featuring all three of the “Bell” belles together again after nearly three decades. She even tagged the image from the show’s fictional Bayside High. 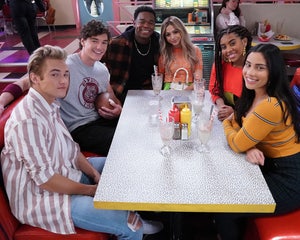 Berkley is one of the stars of the new series, while Tiffani Amber Thiessen has a recurring role with on-screen husband Mark-Paul Gosselaar. Mario Lopez joins Berkley in the main cast.

In the first season, Voorhies made a brief appearance from Paris, where her character has been living and working in fashion. So what brings her back to Bayside High? And how long will her stay be?

Peacock had an instant hit on their hands with the “Saved by the Bell” revival series, which picked up great viewership numbers and even strong critical acclaim (something that eluded the ratings juggernaut that was the original).

Berkley was clearly feeling the nostalgia of reuniting after all these years, and getting to do it in a way that honored how they first met, with a very sweet message accompanying the trio of beauties smiling together. 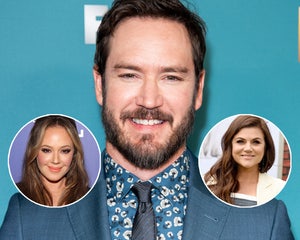 “These ladies… what a gift to get to work together again,” she wrote. “We have a special history that is beyond… we worked hard together as kids to make a show that people still love, we did high school together and our parents all looked out for us too as we were minors when we started. It was a safe place to grow up and now we get to take those sweet roots and fly together as women.”

“Don’t you love those connections that have history where you just get right to it with no explaining?” she continued. “It’s so comforting and we can’t wait to share some magic with you when season 2 comes out!”

The new season is also expected to pay tribute to Dustin Diamond, who passed away from Stage 4 cancer at 44 years old in February, just one month after Peacock renewed the show. Filming for Season 2 began on June 7. No release date has been announced.