‘Trust and respect’: In call, Macron agrees to rebuild ties with Australia

French President Emmanuel Macron agreed to start rebuilding a relationship with Australia based on “trust and respect” in his first phone call with new Prime Minister Anthony Albanese on Thursday evening.

Macron, who wrote privately to congratulate Albanese following his election victory on Saturday evening, reminded his new counterpart of the “deep breach of trust” which had occurred in an ugly chapter in Franco-Australian relations last year following the cancellation of a $90 billion submarine contract. 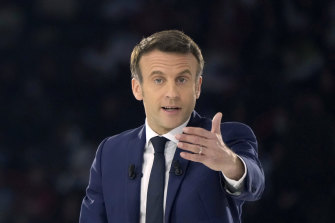 In a conversation that lasted more than 20 minutes, the pair agreed the two nations needed to repair the bond to jointly overcome global challenges, including the climate “emergency” and strategic challenges in the Indo-Pacific.

A new road map to structure a new bilateral agenda would be created, the pair agreed, with the aim of strengthening resilience in the region and contributing to peace and security amid a more assertive China.

Albanese said the conversation was “warm and constructive” in a social media post on Thursday evening, with the pair discussing a free and open Indo-Pacific, greater co-operation on climate and energy policy and support for Ukraine.

Former veterans affairs minister Darren Chester will challenge Barnaby Joyce for the Nationals leadership when the party meets in Canberra on Monday.

Chester confirmed his intention to nominate for the leadership late on Thursday, telling The Age and Sydney Morning Herald it was “time for a change”. 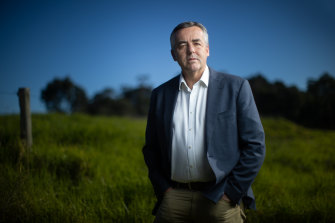 “We need to be honest with each other in the party room and take some responsibility for the Liberal losses in the city,” Chester said.

“How we develop our policies, deliver our message, and work with our Coalition partners in the future will determine whether we can return to government and deliver for regional communities.”

Three Nationals MPs, speaking to The Age and Sydney Morning Herald on the condition of anonymity, said they also expect deputy leader David Littleproud to mount a challenge on Monday.

This morning’s headlines at a glance

It’s Friday, May 26. I’m Ashleigh McMillan and I’ll be anchoring our live coverage for the first half of the day.

Here’s what you need to know before we get started.