Peta Tait believes truths about our present can be discovered in the pieces of history we've overlooked.

A few years ago, the Melbourne-based playwright learnt about the friendship between the American diplomat Eleanor Roosevelt and Australian modernist artist Mary Alice Evatt. 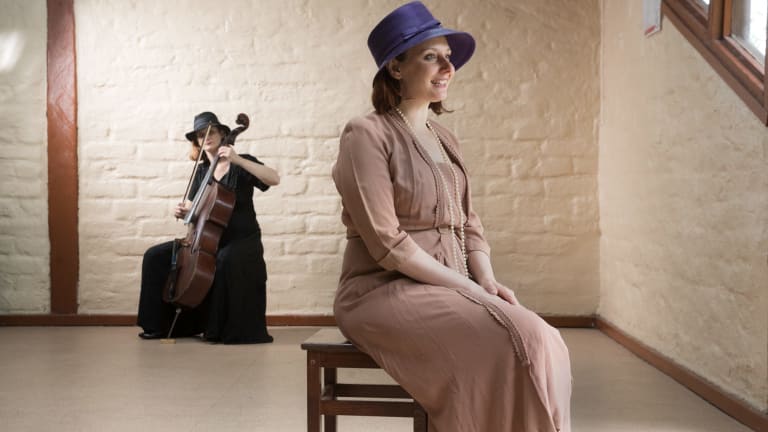 She found their bond had an invisible influence on post-World War II politics. It also helped steer a chain of events that led to the adoption of the United Nations' Universal Declaration of Human Rights in 1948.

"Eleanor Roosevelt and Mary Alice met at two crucial periods through history," says Tait, whose play, Eleanor and Mary Alice, is based on their relationship.

"[The first time] was in 1943 when Eleanor flew across the Pacific to Australia and New Zealand.

"Mary Alice Evatt had flown to America the year before with her husband, High Court judge Herbert 'Doc' Evatt, to ask for financial help because [Winston] Churchill had abandoned the country.

"The next time they met was in 1948 in Paris. Eleanor had been involved in establishing the Universal Declaration of Human Rights, although as the ex-president's wife, she didn't have an official title. Between them, they helped get the declaration through the committee."

Eleanor and Mary Alice opens in early December to coincide with the 70th anniversary of the Declaration of Human Rights, alongside a suite of events that includes an address by the former president of the Australian Human Rights Commission, Gillian Triggs.

Directed by Deborah Leiser-Moore and starring Sarah McNeill and Petra Kalive, it's not just about these formative moments in history.

The play highlights the ways in which the contributions of women have been erased from historical narratives.

It reveals the fact that female friendships, often relegated to the realm of the domestic, can change the world.

Tait says the work explores the way these women helped shape the era-defining decisions made by their more famous husbands.

"They were wives of these powerful men but, often, they worked with their husbands in partnerships – Eleanor reported everything back to Franklin," Tait says.

Mary Alice was responsible for the earliest acquisitions of modern art in Australia as the Art Gallery of NSW' first female trustee.

"The Evatts were champions of modern art in Australia," Tait says. "Mary Alice was a painter who knew Picasso and worked with cubism and expressionism, and her best friend Moya Dyring, was a prominent figure in the Heide art world.

"She was Australia's first female cubist artist. Mary Alice also [represents] a crucial element of the play – article 27 in the Declaration of Human Rights is about the right to the arts. It's always been considered a human right to have art and culture. This is one of the play's most important arguments."

Today, the world's approach to the global refugee crisis signals a slow erosion of human rights. Australia's lack of compassion for detainees in Manus and Nauru is among the most powerful examples.

"Australia set the standard for human rights at the very beginning and we need to be reminded of this on a very public arena in front of the rest of the world," she says. "Those post-war decisions were crucial to what's unfolding now. The play asks, why do human rights matter, why does art matter? These are big questions. I don't know if we have the answers."

Eleanor and Mary Alice will show at the Seymour Centre from December 5 to 8, 2018.