McDonald’s items have been axed from menus today-including the popular Big Tasty, Cheese Melt Dippers and the Festive Pie.

The fast food chain’s festive menu has come to end meaning eight items will be removed because they were only added for a limited period.

The Celebrations McFlurry and the hot festive drinks such as the caramel waffle latte and the hot chocolate deluxe have also been axed. 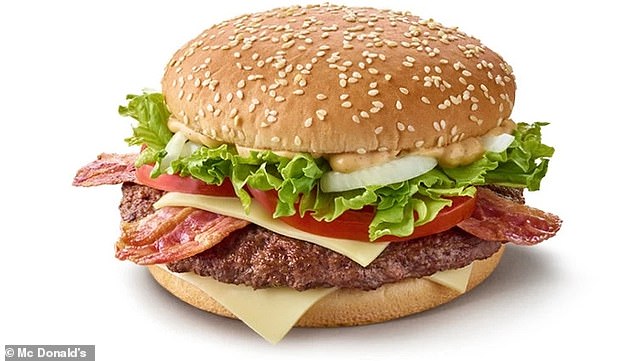 The Big tasty was topped with cheese, onions, juicy tomatoes and coated with a smoky flavoured sauce in a toasted bun.

The Festive Pie with a Christmas twist was filled with mince and custard and cost just £1.29. 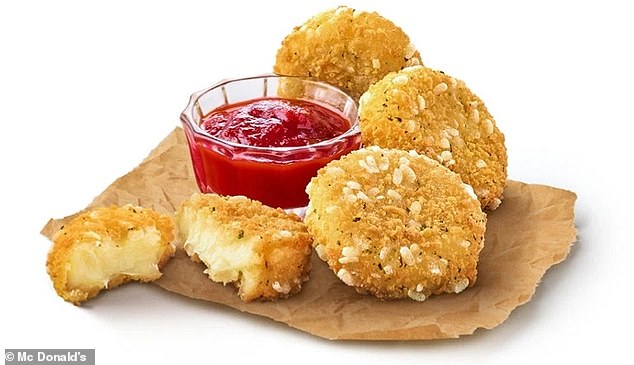 Meanwhile the tasty four breaded cheese melt camembert dippers, which came with a tomato dip, cost people £2.29, a sharebox of 15 had set customers back £5.99 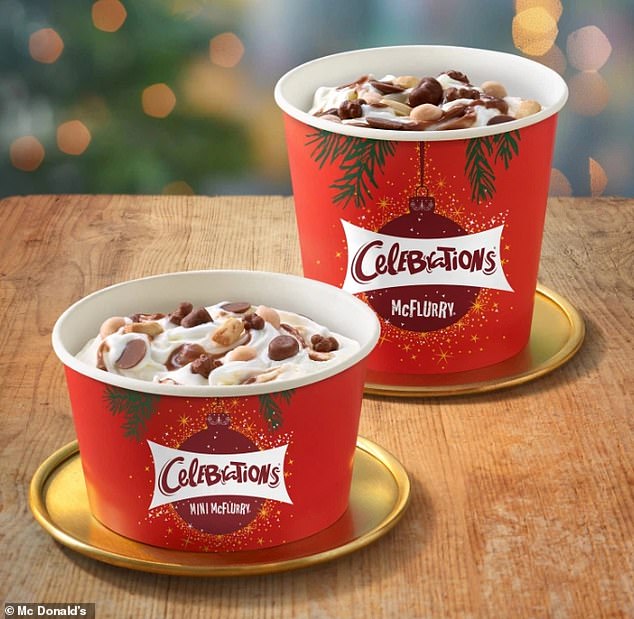 Meanwhile the tasty four breaded cheese melt camembert dippers, which came with a tomato dip, cost people £2.29, a sharebox of 15 had set customers back £5.99.

However, there is some good news for vegetarians and vegans as the chain is adding a Double McPlant burger to its menu.

The juicy plant-based patty burger, which was co-developed with Beyond Meat, will be available in all restaurants from tomorrow.

It is vegan certified and cooked separately from other McDonald’s burgers and sandwiches, using dedicated utensils.

The chain’s latest development follows the launch of its McPlant burger, which the brand says took three years to develop, and has ‘proved wildly successful with customers’ since its launch in September 2021.

Following the launch of the McPlant, fans have been clamouring for the fast food giant to double-up and offer a bigger meat-free option. 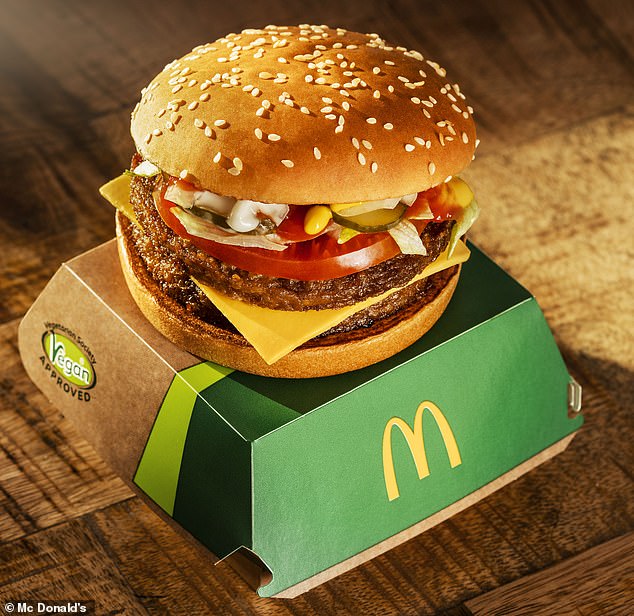 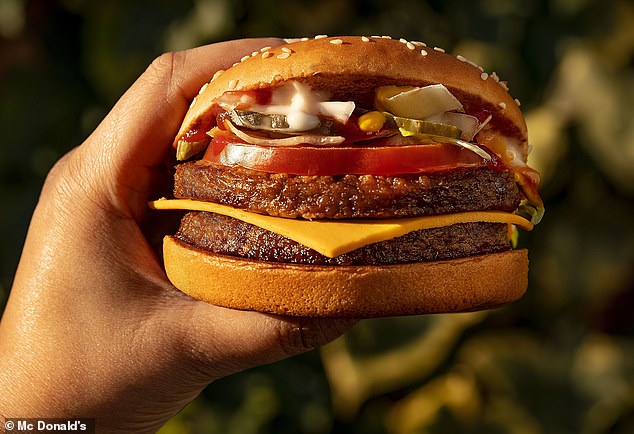 Ahead of the news, one fast food lover took to Twitter to write: ‘McDonald’s really needs to make a double McPlant.’

And one branded the double-up version a ‘game changer’, writing: ‘Double McPlant is a game changer. I’ve really enjoyed it the couple of times I’ve had it, but it’s just not big enough.’

Another said: ‘Apparently mcdonalds are bringing out a double mcplant in January, drunk me can’t wait to devour that.’

The new sandwich follows the success of McDonald’s McPlant, which it released last year.

Before its nationwide rollout, the McPlant – its first ever plant-based burger – was trialed in 10 restaurants in Coventry from September, then a further 250 stores from October before being rolled out nationwide this January.

‘As with every McDonald’s offering, we take our time to ensure it meets the highest standards and is something that all our customers will enjoy.

‘We are always looking for different ways to innovate and meet our customers’ needs, and with McPlant we have a delicious plant-based burger that will appeal to everyone.

‘Whether you’re vegan or just fancy a plant-based patty, we’re confident you will enjoy the McPlant.’

The McPlant is aimed at so-called flexitarians – those who follow a semi-vegetarian lifestyle – rather than vegans.

Ethan Brown, of Beyond Meat, said the deal with McDonald’s was ‘an exciting milestone’ for the firm.

‘We will combine the power of Beyond Meat’s relentless approach to innovation with the strength of McDonald’s global brand to introduce new plant-based menu items,’ he added.

No more ‘attitude at the counter’: McDonald’s new fully-automated restaurant which is completely run by MACHINES leaves internet divided – but do YOU think it’s a good idea?

Ex McDonald’s employee shares her ‘hack’ for saving money on your next meal: ‘I used to do this all the time’