He went there! As Eddie Murphy was honored with the prestigious Cecil B. DeMille Award at the 80th Golden Globe Awards, he addressed Will Smith’s now-infamous Oscars slap.

“This is very nice,” Murphy, 61, said during the broadcast, before shouting out fiancée Paige Butcher and his 10 children on Tuesday, January 10. “I’ve been in show business for 46 years and I’ve been in the movie business for 41 years.”

The Daddy Day Care actor went on to offer Hollywood newbies a few pointers that he’s learned through the years. “I want to let you know there’s a definitive blueprint that you can follow to achieve success, prosperity, longevity and peace of mind,” Murphy said. “It’s a blueprint [that] I followed my whole life. It’s very simple. There’s three things, you just do these things: Pay your taxes, mind your business and keep Will Smith’s wife’s name out your f—king mouth.”

The room then erupted in laughter and applause.

The 53-year-old Emancipation star made headlines at the Academy Awards last year when he smacked presenter Chris Rock across the face for joking about Jada Pinkett Smith’s shaved head. (Pinkett Smith suffers from alopecia and has been vocal about her hair loss.) While Smith eventually apologized for his actions, he was banned from future Academy of Motion Picture Arts and Sciences events for 10 years. 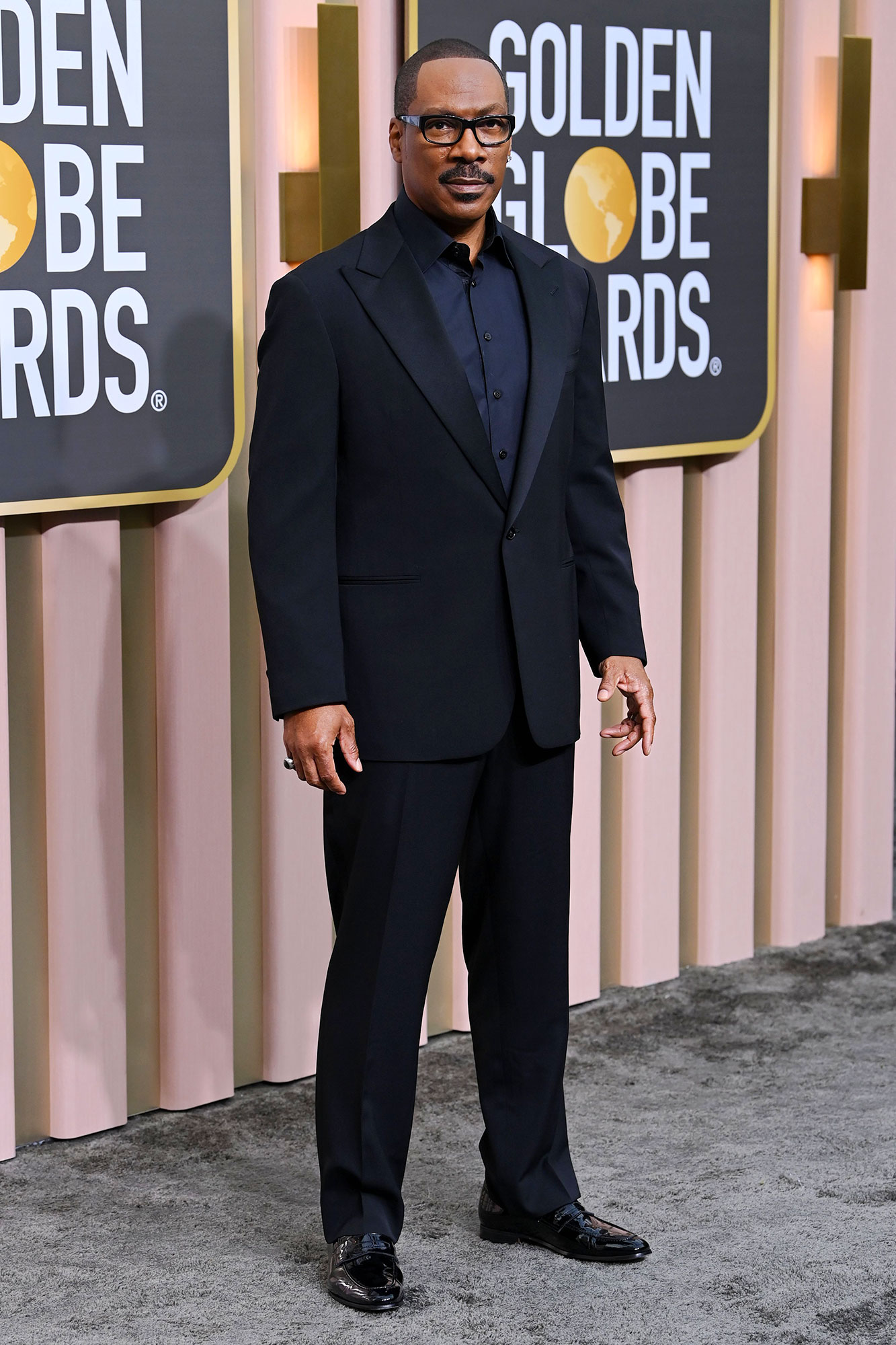 Murphy, for his part, earned the prestigious Cecil B. DeMille Award during Tuesday’s show in honor of his lengthy contributions to entertainment.

“We’re honored to present this year’s Cecil B. DeMille Award to the iconic and highly esteemed Mr. Eddie Murphy,” Helen Hoehne, the current HFPA president, said in a statement at the time. “We’re thrilled to be celebrating the lasting impact on film and television that his career – in front of and behind the camera — has had through the decades.”

The Cecil B. DeMille Award is a special Golden Globe, which is given to one recipient during the show. Previous honorees include Jane Fonda, George Clooney, Tom Hanks, Robert De Niro, Audrey Hepburn and Steven Spielberg. Murphy’s honor marks the first time in two years that the Cecil B. DeMille Award will be presented. There was not an honoree named during 2022 awards show as the celebrities, media and industry executives boycotted the Golden Globes over concerns about diversity and the HFPA’s accountability. 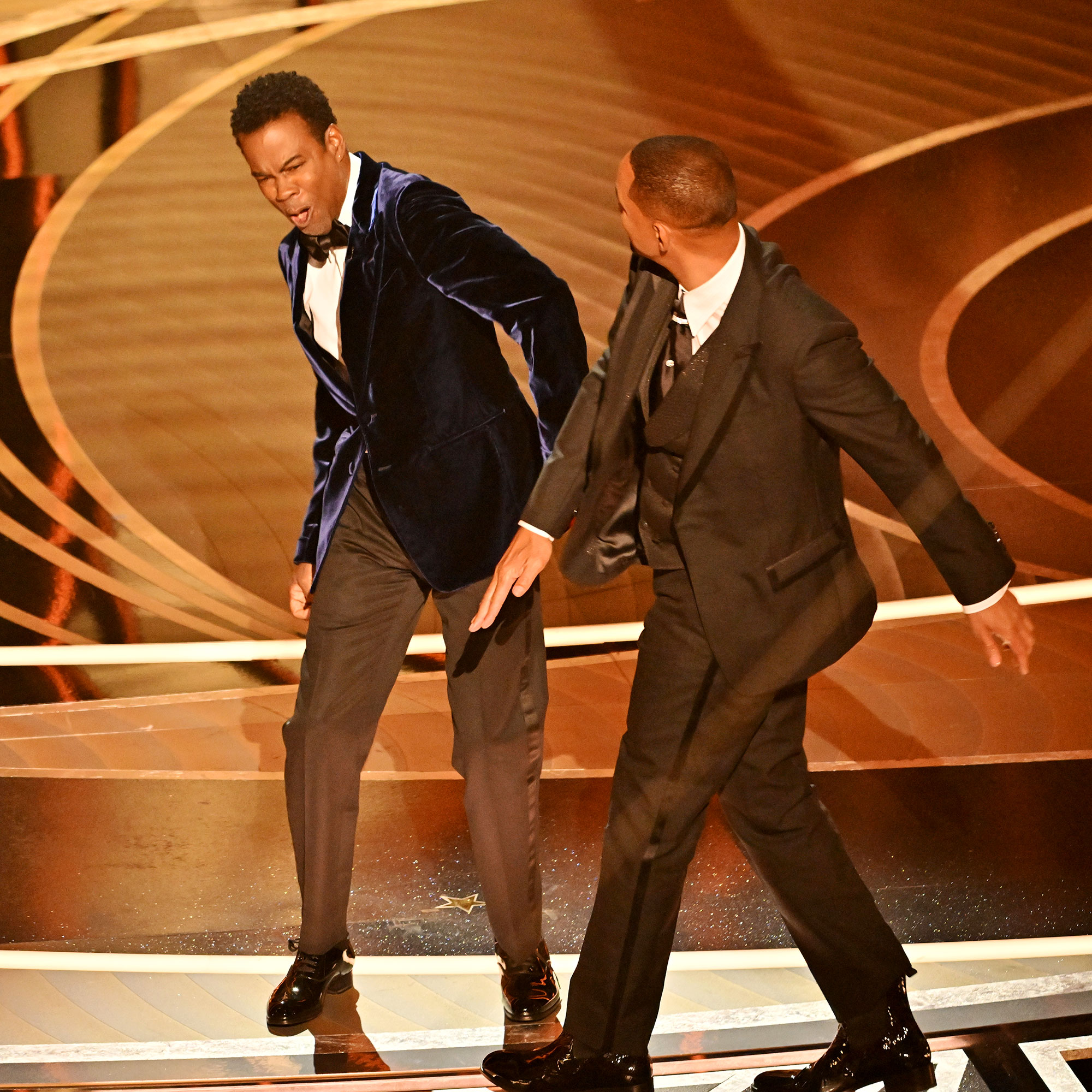 Murphy, for his part, rose to fame in the 1982 movie 48 Hrs., shortly before landing blockbuster roles in the Beverly Hills Cop franchise and a recurring gig on Saturday Night Live. The New York native won his first Golden Globe in 2007 for his character of James Early in Dreamgirls after four previous nominations. He later earned a Best Actor in a Motion Picture — Musical or Comedy nod in 2020 for his role in Dolemite Is My Name.

Celebs React to Will Smith Slapping Chris Rock at Oscars 2022

He added at the time: “I never chase a trophy. But when your stuff gets well received to the point that there’s even discussion about giving you a trophy, that’s a good thing. It’s a great feeling because most movies don’t work. Most TV shows don’t work. Most records don’t work. Success is the exception, not the rule. And when they want to give you an Oscar, or when they even have that conversation, that’s a good feeling because that just shows you how much people liked it.”

Murphy, who has yet to win an Academy Award, was previously nominated in 2007 for his Dreamgirls role.