Company directors are increasingly upbeat that 2022 will be a strong year for them and their businesses, with the biggest threats coming from a shortage of workers, cyberattacks and climate change.

As signs grow of inflation pressures through the business sector, a survey of company directors shows most are confident of better profits, investment and job opportunities and ready to throw off the problems caused by two years of coronavirus disruption. 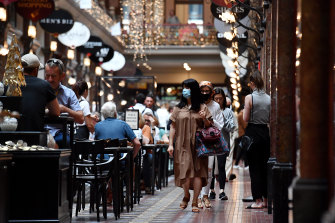 Company directors are upbeat about the coming year, a survey shows, with the biggest worry whether they will have enough skilled staff.Credit:Sam Mooy

Treasurer Josh Frydenberg will on Thursday release the mid-year budget update, with forecasts for the state of the economy expected to be upgraded for the remainder of 2021-22. Some of that will be driven by higher profits and strong employment growth feeding into the economy, which is also being supported by record-low interest rates.

The survey for the Australian Institute of Company Directors of more than 1600 business leaders found two-thirds were confident about the nation’s 12-month economic outlook. A similar number expected their operations would be in a strong position in a year.

Eight of every 10 company directors surveyed in Western Australia were optimistic about the coming year while 30 per cent of Queensland operators were concerned about the next 12 months.

While confident about the coming year, business leaders believe skills shortages will be one of their largest challenges, with 55 per cent citing it as a key issue. Almost two-thirds said they had already struggled to get skilled staff.

Another major issue was around cybersecurity, with only 53 per cent of directors saying their boards had enough insights into online threats to their operations.

AICD managing director Angus Armour said the fallout from COVID-19 was always going to be long-lasting and unpredictable.

He said issues such as shortages of skilled workers had been exacerbated by the virus outbreak. 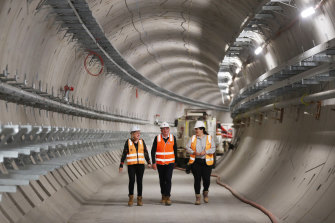 “There are many factors at play that will need a whole-of-government approach to tackle Australia’s skills shortage. Our closed borders saw a lack of migration and backpacker workers but there are other issues at play, such as considering our education and training priorities,” he said.

While confidence ebbed slightly in November, the survey showed a lift in profitability, trading and employment through the month. There had been a surge in confidence in October as NSW and Victoria ended their lockdowns.

Businesses in Queensland and South Australia reported the largest improvements in conditions, while they lifted slightly in Victoria and were steady in NSW.

The retail and transport sectors, most affected by lockdowns, showed strong increases in conditions but there was a fall in construction.

NAB chief economist Alan Oster said forward indicators such as capital spending were lifting, which pointed to a good year ahead.

“Notwithstanding the possibility of new disruptions related to the Omicron variant, the economy is well-placed to carry this momentum forward over coming months and into 2022,” he said.

But there are continuing signs that inflation pressures are embedding themselves, with labour costs the leading issue.

Mr Oster said across all measures, there were continuing signs of price pressures, which pointed to a quarterly rate well above 1 per cent.