Dwyane Wade’s Family Guide: Meet His Children and Their Mothers

The retired NBA player, 40, argued in Zaya’s favor in a new set of court documents filed on Monday, November 28. According to Page Six, Wade asserted that Zaya, 15, would be able to “live more comfortably and honestly in all aspects of her life” after making the legal changes.

“This petition is about allowing Zaya to take on the milestones of being a young adult with confidence and joy,” the former athlete added, stating that he supports whatever is in the “best interest” of his child. 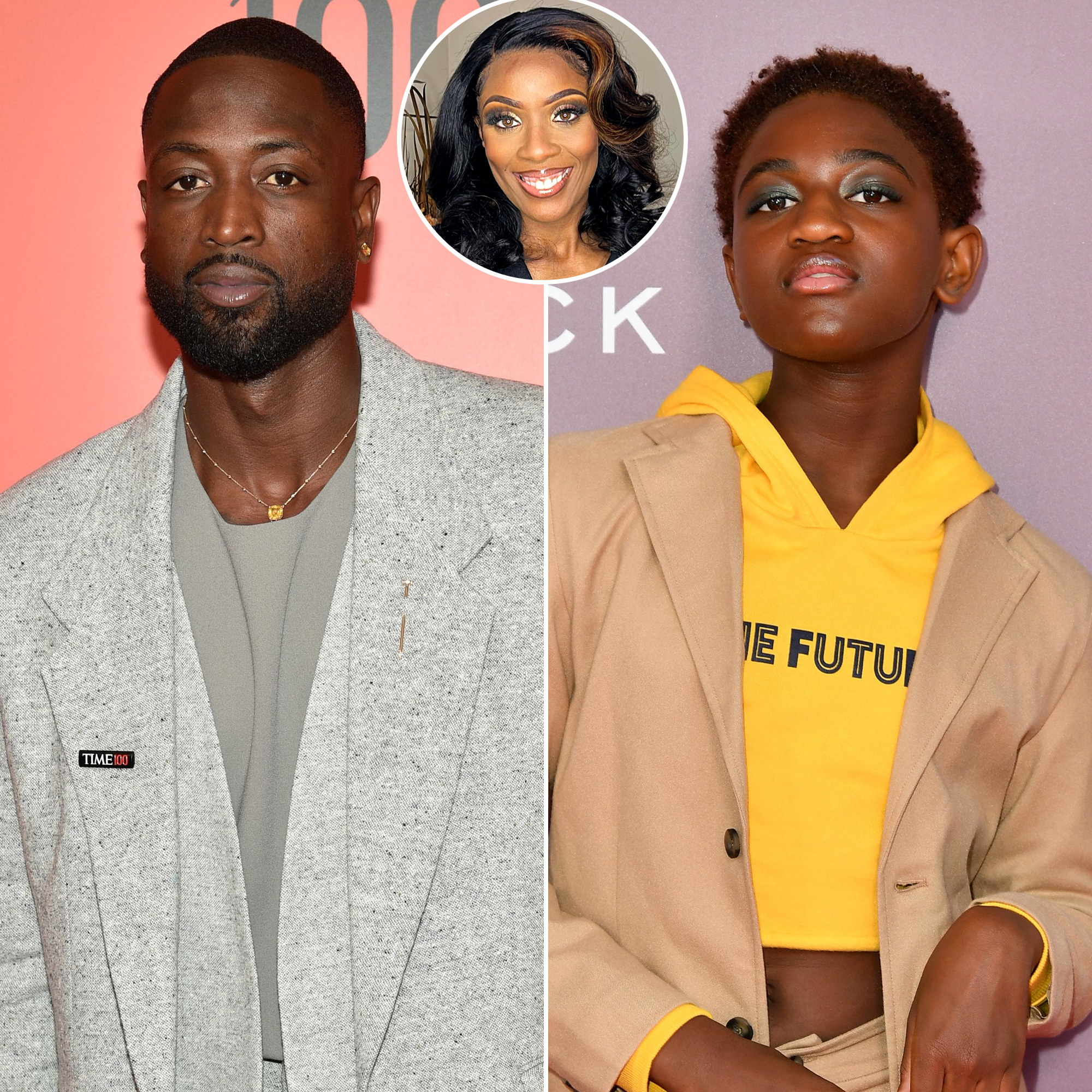 Wade took aim at Funches, 41, for her “nonsensical” stance on the issue, explaining his opinion that the changes would make a difference in all aspects of Zaya’s life, “from simple introductions and food orders, to applying for a driver’s license and filling out college applications.”

He continued: “While it certainly would have been preferable for Zaya’s mother to be supportive of this important part of Zaya’s journey, Zaya should not be forced to put her life on hold while she waits for Siohvaughn to acknowledge and accept her truth.”

The Olympian married Funches, who was his high school sweetheart, in 2002. They called it quits five years later, and Wade officially filed for divorce in 2010. He was awarded sole custody of their two children — Zaire, 20, and Zaya — in 2011 following a messy court battle. (Wade is also the father of son Xavier, 8, with Aja Metoyer and daughter Kaavia, 3, with wife Gabrielle Union.)

Earlier this month, the public speaker accused her ex-husband of profiting from Zaya’s gender identity after publicly revealing the teen’s transition in 2020. Wade initially filed a petition in August asking for Zaya to legally be able to change her name and gender. Funches expressed her “concerns” in documents of her own, claiming “a lot of money had been already made” from Zaya’s journey. 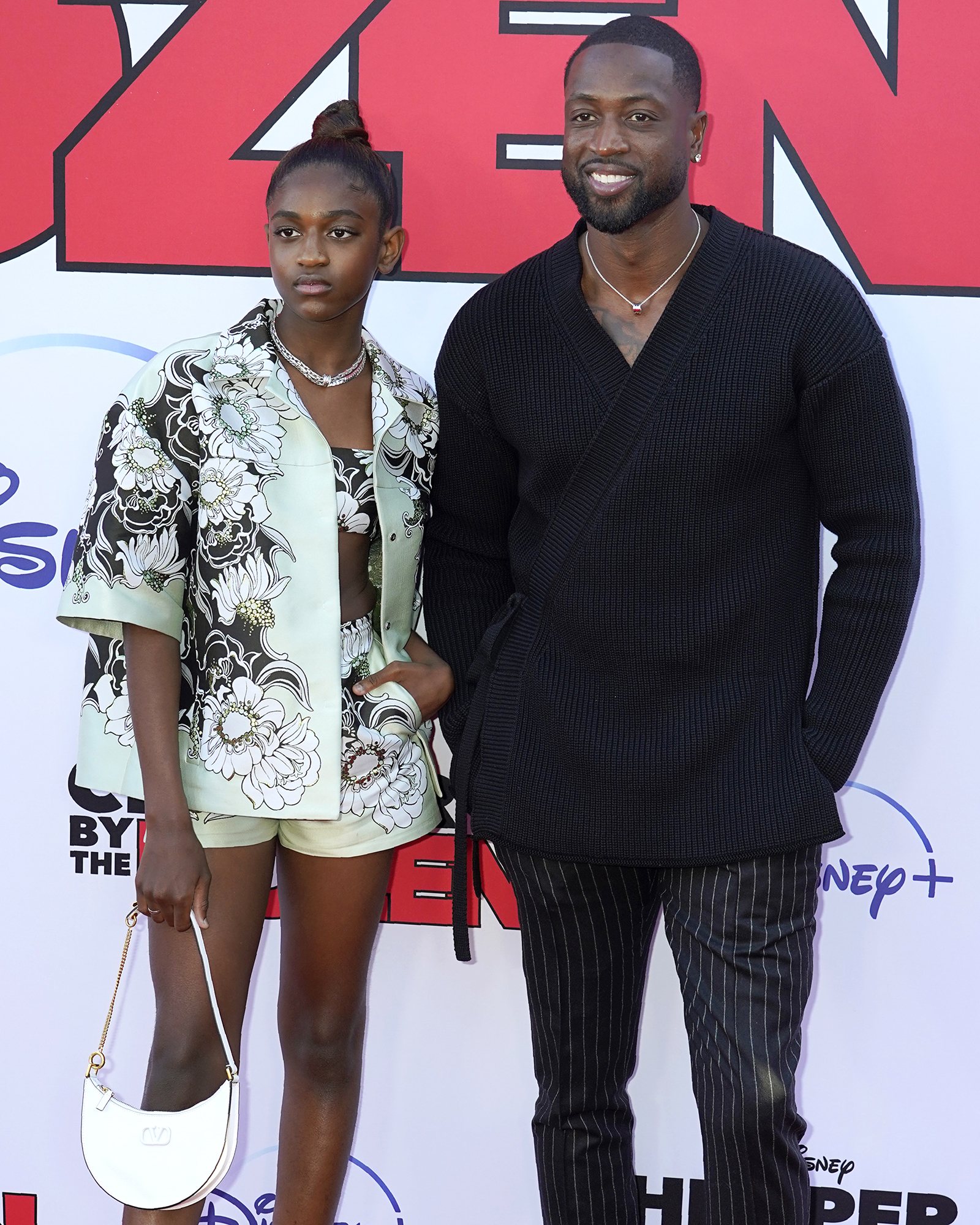 The former Miami Heat star fired back in a lengthy statement shared via social media on November 3. “These are serious and harmful allegations that have hurt our children,” he wrote. “While none of us are surprised by Siohvaughn’s attempt to fight Zaya’s identity and her unwavering attempt to drag my name through the mud, I’m very disappointed that she continuously find ways of centering herself and HER needs, without regard to her children. … I’ve given her the opportunity to reach out to Zaya’s teachers, doctors and therapist over the years and even meet her friends, so she could get her own understanding of our child’s needs for her LIFE. She won’t do it!”

Wade asserted that no member of his family “would ever force Zaya or any of our children to do anything against their will, much less force an identity on them. This isn’t a game for my family and definitely not for Zaya. This is her life.”

After stating that his lawyer would “be in contact” with Funches, the Cube host concluded: “As men, we get a bad rep for not showing up and being absentee fathers, well that’s not the case here because I’m ten toes down and I’m still going thru the BS! I will not sit on my hands this time and allow her to make a mockery of my dedication to my family. The high road has run out of real estate.”