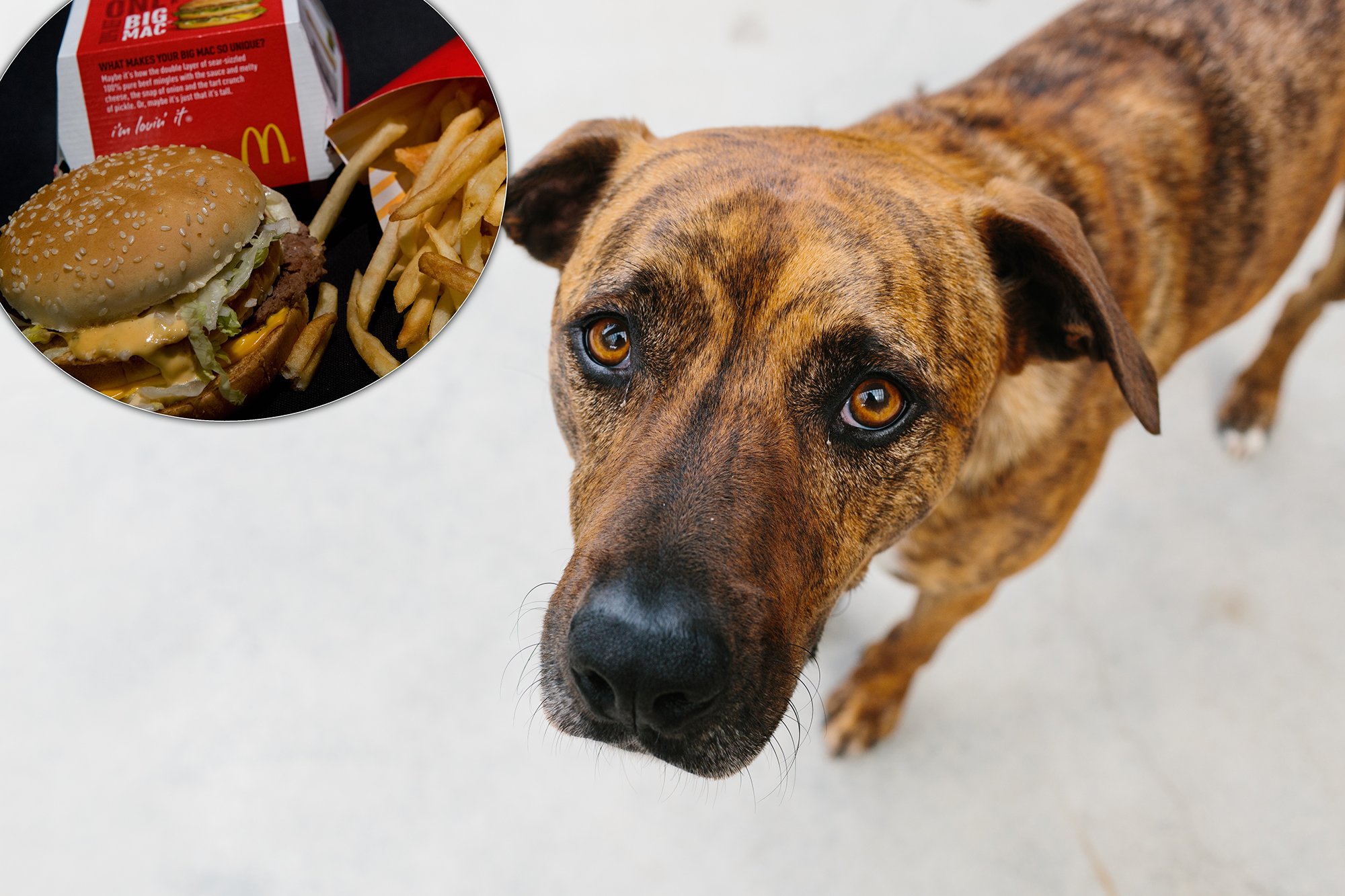 That’s one cute hamburglar! A dog named Princess living in Oklahoma City, Oklahoma, has gone viral for her thrifty ways, thanks to a Facebook post created by her owner, Betsy Reyes, that has been shared on the social media platform nearly 300,000 times.

In the post, which Reyes shared on Sunday, October 21, she claims Princess sneaks out of her house at night and sits outside a nearby McDonald’s, pretending to be a stray. Reyes even shared a photo of Princess patiently sitting in the dark parking lot one night, calmly waiting for charitable passersby to toss her a few fries or a piece of a Big Mac.

“If you see my dog @ the McDonald’s on shields, quit feeding her,” Reyes wrote. “She’s not even a stray dog.” The pet owner went on to call Princess a gold digger, and said the canine heads to the neighborhood fast-food establishment each night “so people will feel bad for her & feed her burgers.”

In a subsequent Facebook post published on Monday, October 22, Reyes shared video clips of Princess being fed part of a meal by a woman in a car, and later recognizing Reyes when she drove to that same McDonald’s in an effort to claim her dog and bring her back home. Upon seeing Reyes (and getting caught red-handed!) Princess instantly recognized her mom and began wagging her tail in excitement.

Though some Facebook users were concerned for Princess’s safety considering the danger associated with her sneaking out of the house and back in the dark, may were impressed by the dog’s intelligence and ingenuity. “Smart dog,” wrote one. Another added: “I laughed so hard.”