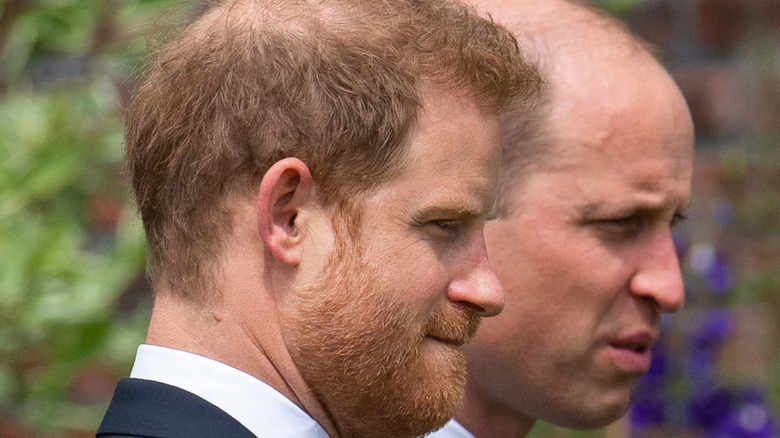 On Thursday, July 1, royal siblings Prince Harry and Prince William reunited to unveil a statue of their late mother, Diana, the Princess of Wales, on what would have been her 60th birthday. According to the BBC, the statue of Princess Diana was revealed to the world during a ceremony in Kensington Palace’s Sunken Garden.

Speaking at the event, the brothers said they remember their mother’s “love, strength and character,” as well as the “qualities that made her a force for good around the world, changing countless lives for the better.” The statue unveiling marked the first time the Duke of Cambridge and Sussex have appeared together in public since their grandfather the Duke of Edinburgh’s funeral back in April.

Despite a very public fallout, which intensified in the wake of Prince Harry and Meghan Markle’s bombshell interview with Oprah Winfrey, sources have claimed the brother’s relationship could now be on the mend following the emotional event marking their late mother’s 60th birthday.

Could Prince Harry and Prince William's relationship be on the mend? 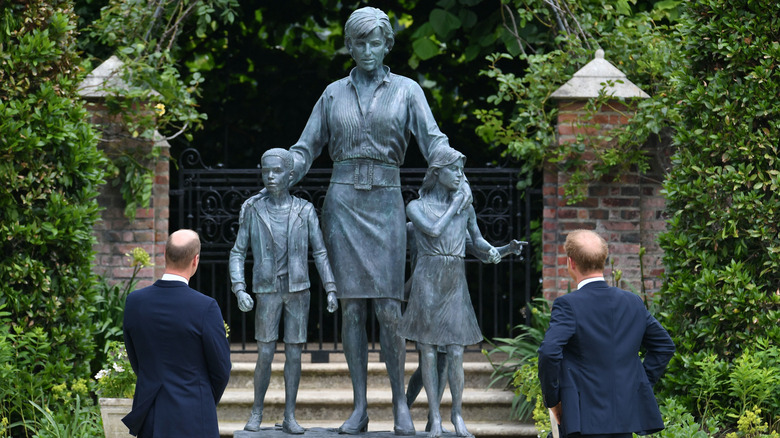 Speaking to Us Weekly, a royal source revealed, “William and Harry spent the morning before the statue unveiling looking through old keepsakes, notes from Diana and bonding. They have absolutely turned a new page in their relationship and have started the healing. Everyone around them was thrilled to see how close they were on the day of the statue unveiling.”

According to The Express, reports of a rift between Prince William and Prince Harry began to emerge in 2018, when the Duke and Duchess of Sussex decided to move out of Kensington Palace and into Frogmore Cottage where they established their very own foundation, Sussex Royal. In early 2020, things got worse between the siblings when Prince Harry and Meghan Markle announced they were stepping back from royal duties.

Although both parties had previously remained fairly silent on the status of their relationship, Harry went on to reveal details of what had gone down between the pair, and other senior members of the royal family, in a tell-all interview with Oprah Winfrey in March 2021 — during which he explained that he needed some “space” from his older brother.

However, the brothers managed to put their differences aside at the Princess Diana statue unveiling in London, where they were joined by their uncle Earl Spencer, and their aunts Lady Jane Fellowes and Lady Sarah McCorquodale.