Diary dates that will change your life — for the better: Whisper it, this year things really are looking up. So says top astrologer YASMIN BOLAND who opens her zodiac calendar to share what lies ahead for you

There’s nothing quite as exciting as cracking open a pristine new diary, yet, after the past couple of years, we’d be forgiven for feeling a little anxious as we look at its empty pages. Will we finally be able to fill them in 2022?

This time last year, I was inundated with requests from newspapers and magazines around the world seeking similar reassurance. Surely 2021 would be better than 2020? The problem was, I simply couldn’t tell people what they wanted to hear. With its series of nasty clashes between Saturn, the strict disciplinarian, and Uranus, the deceitful saboteur, 2021 was always going to be at least as bad, if not worse, than the year before.

But 2022? A completely different story. This year, there is good news. Not only are there no major nasty planetary clashes causing havoc, but the most active of the highly influential so-called ‘outer’ planets is Jupiter, which brings luck.

Overall, 2022 is a year when change isn’t just possible, it’s almost inevitable — on the world stage, for humanity as a whole, and on a personal level, too. Think not about superficial baby steps, but rather transformational strides forward — a rebirth, even.

How to make the most of these powerful energies? This year, I’ve decided to share my year planner to give you a peek at the crucial astrological dates for 2022. That way, you can harness their potent energies. Want to change your life for the better? Put these dates in your diary . . . 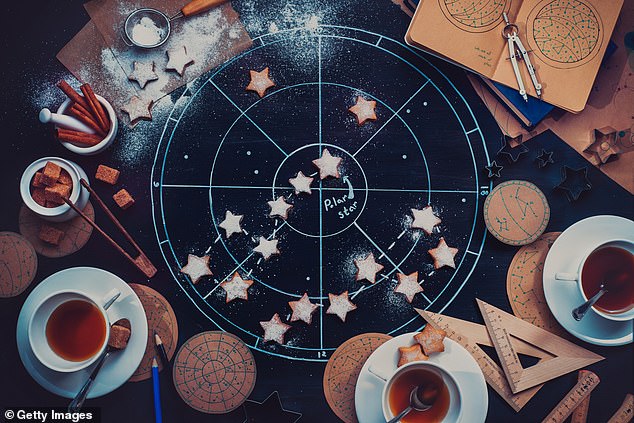 There’s nothing quite as exciting as cracking open a pristine new diary, yet, after the past couple of years, we’d be forgiven for feeling a little anxious as we look at its empty pages. Will we finally be able to fill them in 2022?

We’ve started the year in a reflective mood, with Venus, the planet of love and abundance, retrograde. A planet is said to go retrograde when it appears to reverse through the zodiac from our vantage point here on Earth. It’s an optical illusion, with a lot of symbolic astrological meaning.

Venus is the planet of values and worth, so this is a time to go inwards and contemplate what really matters to you.

Follow your gut feeling, don’t think too hard, and note down the five most important people, places, concerns or goals in your life. Once you’ve done that, you’ll have a clear idea of what’s most important to you, and you can prioritise those things.

There’s a very special day coming on Sunday, January 9. Every ten to 12 months, the Sun and Venus meet, forming a so-called Venus Star Point (if you trace the Sun and Venus’s meetings in the zodiac over eight years, they form a beautiful five-pointed star).

This is a highly feminine energy that puts our feelings in the spotlight — love is in the air. This first Point is in the serious sign of Capricorn, which means Sunday is a good time to take a long, hard look at your significant relationships. Are you giving as much as you’re getting and vice versa?

FEBRUARY: GET READY FOR FREEDOM

On February 18, lucky Jupiter meets tricky but exciting Uranus, creating what’s called a sextile. This is when the planets are 60 degrees away from each other, and it’s a very happy alignment. In terms of the pandemic, it is wonderful news. If Jupiter signifies joy and Uranus evolution, paired together they very likely spell freedom — at last!

To tap into this energy, make a list of changes to your life that would make you feel happier and freer. Under what circumstances have you felt trapped, and what can you do about it? Refer back to the list when you find your willpower slipping.

To find out which part of your life is particularly affected by this transit and where you can expect positive change, see the box on the right. 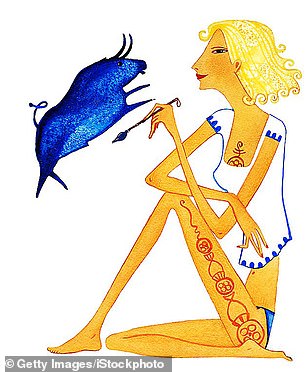 March kicks off with some volatile energies as angry Mars meets furious Pluto on the 3rd. If you start to lose your temper with someone, then breathe!

It’s a good time to be honest about how you feel, but don’t be brutal.

That said, March also brings two beautiful and far more melodic alignments, on the 13th and 23rd, which are perfect for calming down.

Set aside time on both days to connect with your spiritual side. Practise some simple yoga stretches or try a guided meditation. If you use oracle cards, draw one and see what it says to you.

If you feel buoyed by these practices, consider making them a Sunday ritual ahead of a new week.

The next major planetary alignment takes place on April 12, when lucky, freedom-loving Jupiter forms a rare conjunction with meditative Neptune, the planet of dreams and soulmates.

A conjunction happens when two planets are on the same degree of the zodiac at the same time, and Jupiter/Neptune conjunctions happen roughly once every 13 years.

Neptune is about dreams, poetry and following your bliss, so expect to feel creative this month.

This alignment could also bring dream-fulfilling opportunities for travel, and perhaps new romance along the way.

However, it would be remiss of me not to mention that the Jupiter-Neptune conjunction has two sides to it. Neptune’s negative side is all about illusion, deception and disappointment, so don’t be surprised if you suffer a letdown. Hopefully there is no pandemic-related disappointment.

The New Moon in Taurus on April 30 is a partial solar eclipse, though it’s not visible in the UK, and also a Black Moon — the second New Moon in a single calendar month (the first is on April 1). So we get two New Moons and therefore double the wishing power in April.

The last big alignment for the year is on May 3 — another harmonious sextile between amplifying Jupiter and powerful, passionate Pluto.

Pluto was strongly implicated in the pandemic (it rules pestilence and plague) and it can exercise a dark, difficult energy, as in 2020. But this more positive 2022 alignment of Pluto with lucky Jupiter could herald the dawn of a new era. It’s about releasing what’s not working, and making space for something that will.

Pluto works on a psychological rather than practical level, so transform some element of your mindset. For example, reassess your approach to money or to starting a project. From May 10 to June 3 — when the retrograde goes back into Taurus — is the time to rethink your financial set-up.

June brings a Super New Moon on the 14th, in the sign of Sagittarius. A Supermoon is a New or Full Moon that coincides with ‘perigee’, the Moon’s closest point to Earth in her monthly orbit. There are up to six a year. Use this as a reminder to think back to the wishes you made at the start of the year and see how well you’re doing with them.

JULY: RECHARGE IN THE MOONLIGHT

This month, on the 13th, we get a Super Full Moon — different to last month’s Super New Moon because we can actually see it. Indeed, it will be up to 14 per cent bigger and 30 per cent brighter than a non-Super Full Moon, so be sure to get out into its light for a bit of restorative moon bathing.

If you’re into crystals, then you’ll know that all Full Moons are the perfect time to cleanse and recharge them, and a Super Full Moon is even better for it.

Remember to breathe, too. It’s a well-documented fact that many of us go a little loony at Full Moon, so watch out if you find yourself feeling extra emotional.

It’s peak holiday season, and I hope we’ll all get a break. However, I must say that August looks quite intense, thanks to some rather feisty Mars action. Mars is the red planet, of course, and in astrology it symbolises drive, determination, blood, war and anger.

August 7 sees Mars clashing with tedious Saturn. If you’re banging your head against a brick wall with someone or something, take a breather. Are you wasting energy on something that’s not worth it?

After that, Mars turns the corner and the energy will, too. By the 11th, Mars is harmonising with Neptune, so even the most intense situations are likely to cool down. Meditation will help, or a ‘spiritual sport’ such as yoga or tai chi.

On September 10, Mercury starts to whizz backwards again, staying retrograde until October 2. In order to make the energies work for you, as the retrograde cycle starts, look at your life and think about what you need to redo, review, revisit or revamp.

Now is the time to plan some retraining or to write a new dating app profile. The retrograde period itself is for gathering information, rather than taking action — wait until the end of the retrograde for that and then make your moves.

On the 22nd the second Venus Star Point of the year occurs, but with a very different energy to that of January because this one is in Venus’s home sign of Libra.

It’s a time to shine a happier light on the love in your life. Or it could be a make or break period for relationships, taking place on a so-called ‘degree of fate’, which is the 29th degree of any sign.

There’s also a New Moon eclipse on October 25 in Scorpio. If you have any wishes related to love or abundance, now is the time to get serious. Make them at 11.50am or as close to after that as you can.

Star by star: what to focus on this year

There is a lot of action in Taurus in 2022, which means something different for us all, because we all have Taurus in our chart. Look at your sign (or better, your Rising Sign) below to find out what part of your life will change in 2022.

Make up to three wishes, and turn the biggest wish into an affirmation. For example, if you’re looking for a new job, your affirmation could be ‘I love my new job!’, then close your eyes and imagine yourself in that job, chanting your affirmation. This will set your dream in motion, capturing the Scorpio energy.

A Full Moon eclipse in Taurus on November 8 marks the end of the final eclipse season for 2022. Note that this Full Moon stands out because it’s on the same zodiac degree — or conjunct — as the planet of chaos, Uranus.

To find out which part of your life is being particularly affected, see our box below, but know that any endings which come now might be rather sudden. Even if they feel tough, they will almost certainly be for the best.

DECEMBER: A CHANCE TO GET LUCKY!

The big news for December is that the planet of good luck and good times, Jupiter, is moving back into Aries where it will stay until next May. Here’s where you’ll see your luck shift for the better as the year ends. Read your Rising sign — which you can discover at moonmessages.com/freechart.