Sharing her story. Delilah Belle Hamlin opened up about her recent health struggles, which resulted in a dependency on Xanax.

The 23-year-old model took to Instagram on Tuesday, November 2, and described her journey in a nearly 30-minute video captioned, “here’s my story I guess.” As she reflected on the past year of her search for answers about her health, Hamlin noted that some people — who remained unnamed — told her not to talk about what she experienced.

“This is scary to do,” she began. “Basically, in the beginning of the year, I want to say February and March, is when I got my COVID-19 vaccine. … And after the second vaccine, I was sick for, like, 36 hours. I felt like my bones were breaking but, like, whatever. … That’s when everything kind of started.” 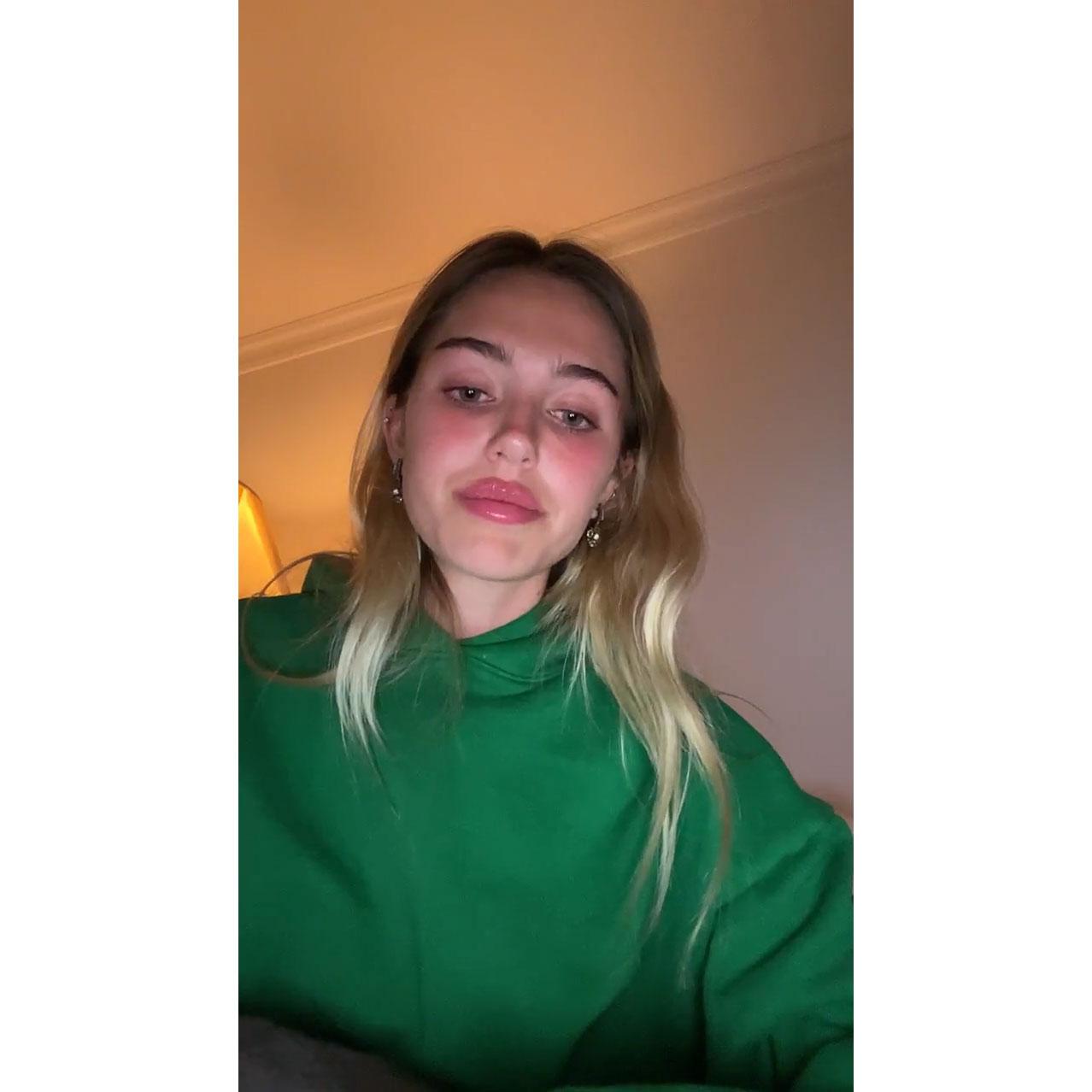 Lisa Rinna and Harry Hamlin‘s daughter recalled flying home from the U.K. to get her second dose of the Moderna shot, which wasn’t available across the pond at that time. Following her 11-hour flight, she had a severe panic attack and called her housekeeper for help.

“I didn’t realize that the vaccine would cause an autoimmune response in my body,” Delilah continued, reassuring her followers that she’s not anti-vaccine. “Basically [it] flared up and triggered certain autoimmune diseases that I didn’t know I had. … I started getting really sick, I started feeling like I had the flu. I was getting migraines, I was having panic attacks — it was like my body was in constant ‘fight or flight’ mode. It was horrible.”

The California native consulted different specialists to try to find out what was going wrong and ended up seeing a psychiatrist for help with her panic attacks.

“I just knew in my gut that there was something else wrong,” she recalled, listing all the antibiotics and supplements she was told to take for a series of health problems, including tick-borne illnesses. “For the panic attacks, they were so bad that I had to find a psychiatrist. I found this guy and he … over-prescribed me.”

Delilah claimed she was instructed to take “three milligrams of Xanax a day,” adding, “My body got dependent on Xanax, No. 1, and No. 2, I overdosed. I didn’t mean to at all. I overdosed on this one medication called Propranolol. I took Benadryl with it and, for some reason, I ended up in the hospital.” 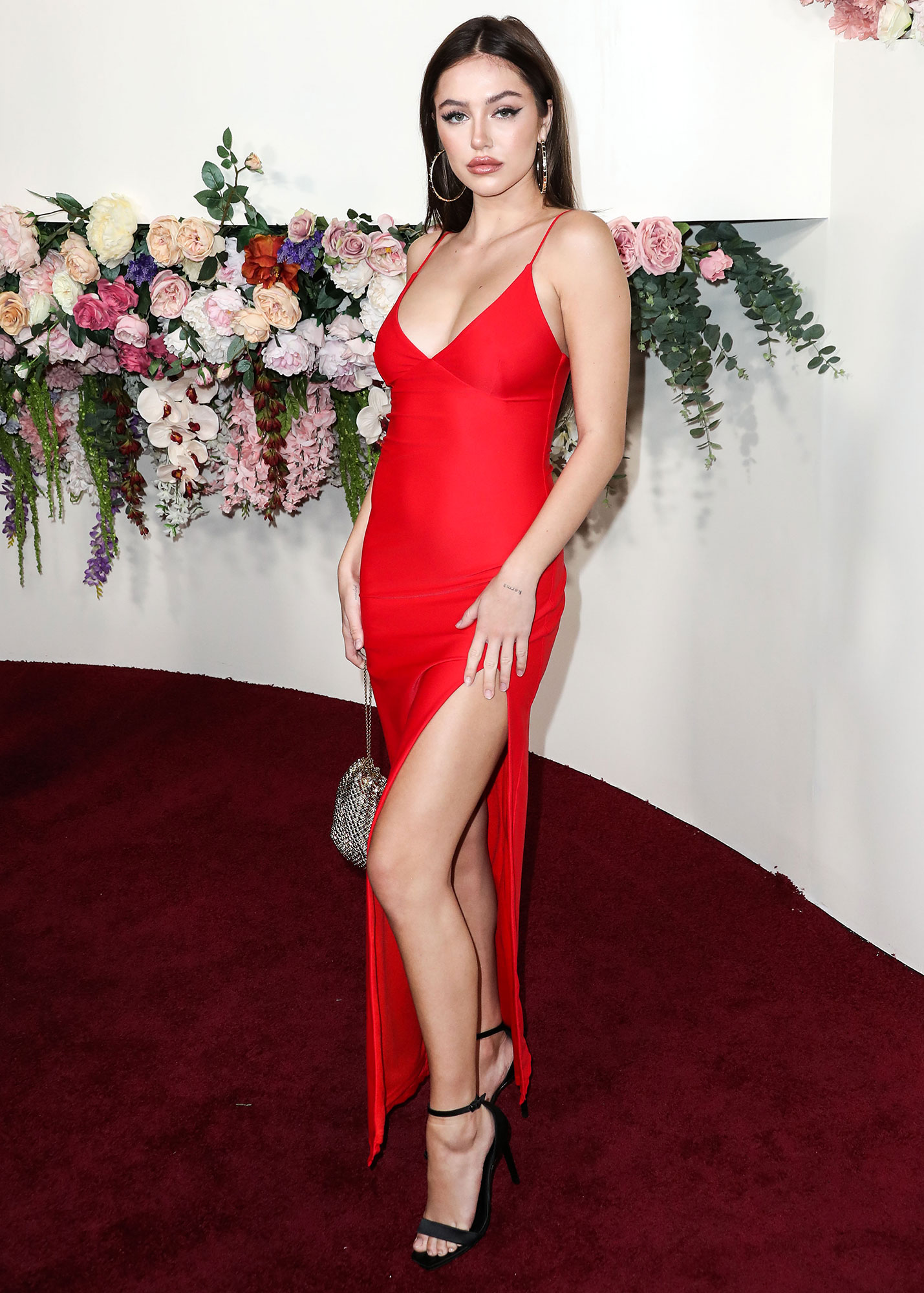 She remembered feeling “helpless” and “hopeless” from the panic attacks, which weren’t helped by the Xanax, and decided to check into “a beautiful place in Arizona” for continued treatment.

“I had already come down on the Xanax. I wasn’t like a drug addict, but my body was dependent on it because of how much the doctor had prescribed me,” she said, tearing up as she continued to share her experience. “I thought this place was gonna be, like, a place to cure me, cure everything, help me.”

Delilah noted that it “was really hard at first” to be at the treatment center, which she clarified wasn’t a rehab facility. “Everything seemed to work. I cut down so much on my Xanax [use]. … [But] I’m having seizures left and right,” she said. “My health is getting scary. … Unfortunately, I was I think a medical risk, so I was politely asked to leave after three weeks of being there and making a best friend.”

Because the place she was staying wasn’t an official medical facility, Delilah was encouraged to seek help elsewhere. “My family and I are struggling to figure out, kind of, what to do,” she continued. “Mentally, I am not great today. I’m feeling hopeless … since the last treatment center didn’t work out.”

As she shared her recent health scares, Delilah’s boyfriend, Eyal Booker, showed his support in the comments. “I love you & know you will get better. Day by day ❤️,” he wrote. “So proud of you for continuing to fight xxxx.”

If you or someone you know is struggling with substance abuse, contact the Substance Abuse and Mental Health Services Administration (SAMHSA) National Helpline at 1-800-662-HELP (4357).