One of the most explosive was that Boris Johnson had personally intervened to ensure the evacuation of animals from the Nowzad rescue shelter, run by former Marine Paul ‘Pen’ Farthing.

According to Marshall, ‘there was a direct trade-off between transporting Nowzad’s animals and evacuating British nationals and Afghans evacuees, including Afghans who had served with British soldiers’. No 10’s response was swift.

‘This claim is untrue. This was an operational decision. Neither the PM nor Mrs Johnson were involved,’ a spokesman said. It was a lie. 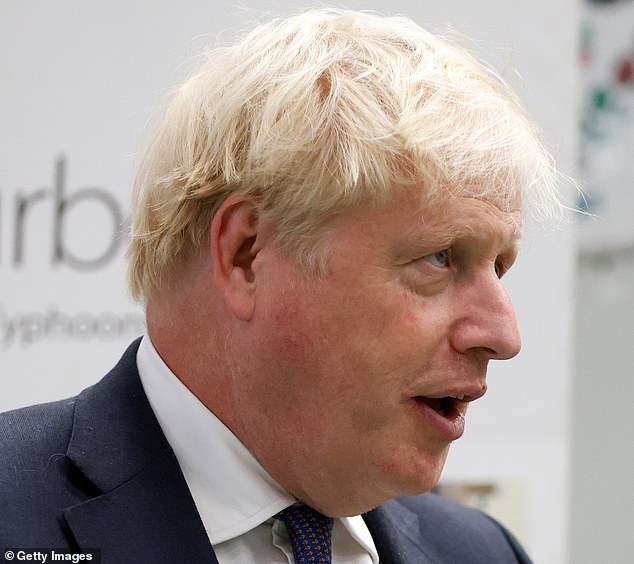 Last week, Foreign Office whistleblower Raphael Marshall rocked Westminster with a series of allegations over the UK’s chaotic withdrawal from Kabul. One of the most explosive was that Boris Johnson had personally intervened to ensure the evacuation of animals from the Nowzad rescue shelter, run by former Marine Paul ‘Pen’ Farthing

I was contacted by a Cabinet Minister who is close to Defence Secretary Ben Wallace. Referring to Boris, the Minister said: ‘He 100 per cent intervened. Ben was overruled by Boris on evacuating the animals. He was furious during the whole thing – it was awful for him.’

In addition, I spoke to a senior Downing Street official. ‘Carrie [Johnson] was on at Boris to do something about the animals. She kept telling him he had to help get them out.’

As well as going public, Marshall submitted his complaints internally at the Foreign Office. Although it has not yet been made public, I understand a report has been produced addressing his allegations in detail. Someone with knowledge of its contents told me it states that a decision to evacuate the animals was taken ‘by a Minister outside the Foreign Office’.

Richard Nixon had a deft political touch. He secured power by capturing swathes of the US that had previously been a political no-go zone for his party. He kept it through a populist appeal to a ‘silent majority’ and triumphed in a culture war by defining himself as against a despised liberal elite

According to his spokeswoman, that Minister was not Ben Wallace. She said: ‘Throughout Operation Pitting [the evacuation’s codename] the Secretary of State prioritised people over pets. There was no change of policy. He absolutely did not intervene. His position all along was he would not prioritise this.’

She added: ‘At no time did the Prime Minister ask the Secretary of State to engage with Nowzad or their representatives.’

But someone did engage with them. On August 25, the Prime Minister’s Parliamentary Private Secretary Trudy Harrison sent Farthing a letter. It said: ‘I have received confirmation from the Foreign Commonwealth and Development Office, the Home Office and the Ministry of Defence that you, your staff and their dependants are permitted to travel.’

It added: ‘The Secretary of State has also confirmed that animals under the care of Nowzad can be evacuated on a separate flight. The Ministry of Defence will ensure that a flight slot is available.’

Marshall says he believes the decision to evacuate the animals directly put the lives of British soldiers at risk – because troops were needed to physically escort them on to the airport.

He also claims Nowzad staff members were evacuated to Pakistan when other vulnerable Afghans – including British Army interpreters – were left to their fate.

So the Nowzad evacuation is a scandal in its own right. But it also reveals something more fundamental about how Boris and No 10 currently operate and, by extension, how the country is being governed at the present time.

As the fiasco over the party that wasn’t a party has underlined, they cannot stop lying.

‘It’s endemic,’ one Minister told me. ‘They can’t help themselves. It’s like an addiction. Every time they are presented with any sort of problem, the default position is to just lie about it rather than actually tackle it.’

There are several reasons for this. One is obviously Boris himself. As a former Minister said: ‘He treats facts like he treats all his relationships – utterly disposable once inconvenient.’

Another issue is the Pavlovian way Downing Street responds to any negative issues surrounding the Prime Minister’s wife. 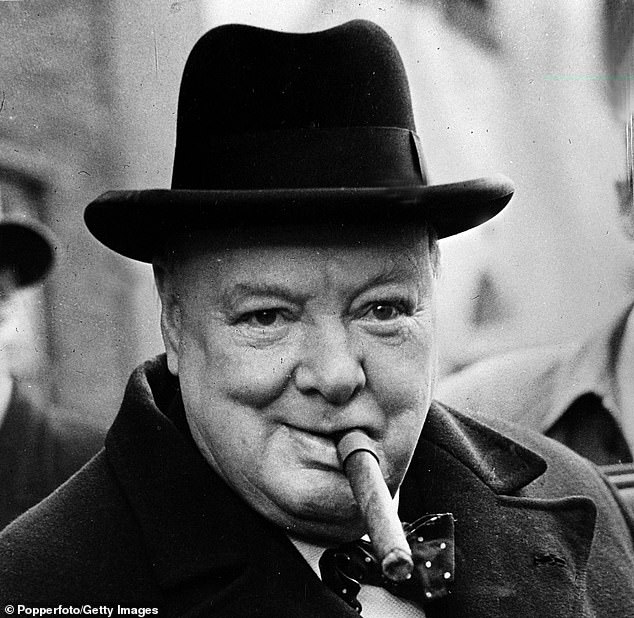 In Boris’s mind’s eye, he is the heir to his great hero, Churchill. But he’s starting to resemble another of history’s great international statesmen

As one Government official told me: ‘It’s treated like a loyalty test. How far will you go to defend Carrie? If you can show you’re prepared to lie for her, then you pass.’

Others point to broader cultural and structural issues within No 10. ‘There’s no one with any authority in there who’s got the stature to tell him, “No Boris, we’re not going to say that. It’s not true. It will come back to bite us.” ’

So now the lies are snapping and snarling at him.

Labour has leapt ahead in the polls. Tory MPs are mutinous. Party insiders believe the North Shropshire by-election is a lost cause.

One Tory backbencher said: ‘I was in PMQs. When Starmer said that stuff about the Queen sitting alone at Prince Philip’s funeral and the moral authority to lead, it was painful to watch. Because it was true.’

Perhaps it was. But subjecting Boris to morality lectures is a waste of time. Bluffing is his way. It’s served him well, carrying him from City Hall to the highest office in the land.

And for all the piety, there is a precedent – running from Suez through to Saddam’s WMDs – of British PMs playing fast and loose with the truth.

So if Boris won’t change for moral reasons, perhaps he can do so for pragmatic ones.

Firstly, he must realise the extent to which the lies are not protecting his premiership, but destroying it.

Even after the video of his team joking about their Christmas bash had gone viral, No 10 were still trying to claim ‘there was no party. No rules were broken’. They’ve been caught bang to rights trying to play the British people for fools.

And if that continues, the British people will respond accordingly. Because this is the other thing that Boris needs to grasp. The next Election won’t be a fight between him and Jeremy Corbyn.

Sir Keir Starmer has landed with voters like a wet fish. But unlike his predecessor, he doesn’t make himself unelectable merely through the act of getting out of bed.

When the country next goes to the polls, people will be offered two starkly contrasting visions for their nation. Which one they see as most plausible will determine who they choose to place in No 10. And if they keep catching Boris lying through his teeth to them, they will not be sending him back to his tastefully refurbished flat.

There’s one final thing that Boris needs to grasp.

The constant lying is not just in danger of destroying his tenure within Downing Street, it also runs the risk of carving a scar across what comes after.

Though his critics will never acknowledge it, Boris has some substantial achievements to his name. Breaking the Brexit stalemate. Getting the vaccine into people’s arms. But if things carry on as they are, they will not be his legacy.

In Boris’s mind’s eye, he is the heir to his great hero, Churchill. But he’s starting to resemble another of history’s great international statesmen.

Richard Nixon had a deft political touch. He secured power by capturing swathes of the US that had previously been a political no-go zone for his party. He kept it through a populist appeal to a ‘silent majority’ and triumphed in a culture war by defining himself as against a despised liberal elite.

But he couldn’t stop lying. Tricky Dicky told small lies which then became big lies, which in turn became scandals that finally drove him from the White House.

We’re not there yet. As the Bexley by-election showed, Boris remains more popular than his enemies would admit, or like.

His Government’s fortunes will rise and fall on more substantive issues than where his staffers exchanged Secret Santa gifts. But things can’t go on like this.

I rang Downing Street to ask them to comment on Pen Farthing. A spokesman said: ‘Neither the PM nor Mrs Johnson were involved.’