Sarah and Maya Ghassali are typical bubbly sixteen year olds: the identical twins finish each other’s sentences and talk over each other.

They’re funny and goofy and quick to make each other laugh. They talk excitedly about wanting to go on US talk show Ellen and how they’ve even applied for an audition.

But the Melbourne twins also have a serious side and are mature beyond their years. Last year they started their own podcast called Refugees on Air where they interview refugees about their journeys to Australia. It’s hard to believe that only six years ago they themselves were leaving their home in Aleppo, Syria with nothing but suitcases filled with clothes and making their own journey to Australia. 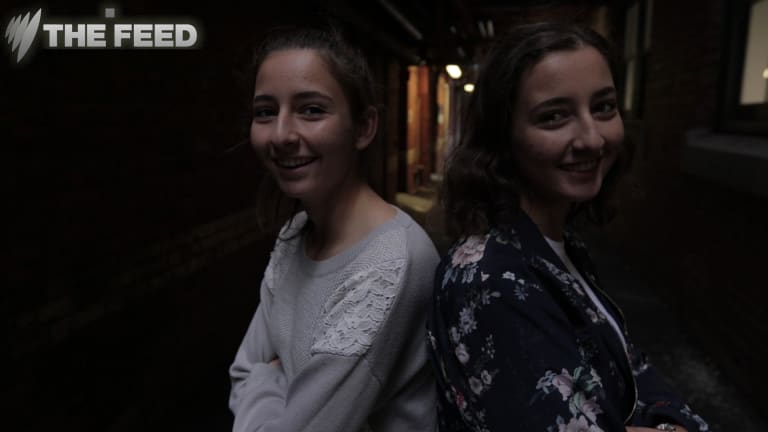 I met Sarah and Maya for a TV feature for The Feed on SBS VICELAND. I was surprised how much their story mirrored mine and I realised I wasn’t all that different to them. I too arrived in Australia when I was ten years old, leaving behind a beloved country which was being torn to pieces by war.

I remember the day my parents told my brother and I that we were leaving Yugoslavia to move to Australia. It was September 1995, a few days after my birthday.

My Dad was an architect and Mum was a flight attendant and we had a great life in the capital of Belgrade. My brother and I loved school and our friends. I couldn’t understand why they wanted to leave everything behind and move to an upside down land on the edge of the map.

Of course the reason for leaving was obvious. As opponents of the war, my parents watched on helplessly at what was happening in nearby towns and cities. 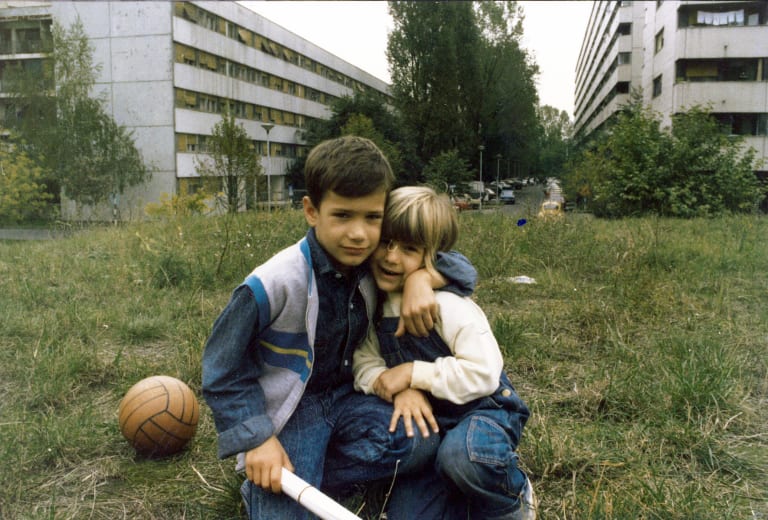 Una Butorac and her brother at home in Belgrade in 1989.

Although the war wasn’t fought in Belgrade, there were times when I felt its effects. I remember waking up in the middle of the night and seeing a line of daunting tanks going down our street. There was a rumour at our school that a Serbian kid had brought a gun to shoot a Croatian student. Because of sanctions, food like bread was also occasionally scarce.

All of this of course pales in comparison to the atrocities traumatised children in other regions of Yugoslavia witnessed, but as a naïve child they were moments I realised my life was turning upside down.

Despite this when I look back at my childhood I think of an incredibly happy one which is a testament to my parents’ ability to create a sense of normalcy.

I tearfully said goodbye to my friends, most of whom ended up moving overseas themselves – to New Zealand, Canada, Germany and the US. The last thing I remember before we left was looking up at our apartment from the street below. My grandparents were hanging from the window, weeping and waving goodbye.

Adjusting to life in Australia was tricky. Having only learnt Russian at school in Yugoslavia, my brother and I didn’t know much English except for a couple of swear words we picked up from movies. We started school a couple of weeks after our arrival and had no choice to learn the language and culture on the fly.

The school and other kids didn’t really know what to do with us, often leaving us to our own devices once they grew bored of teasing us for our strange lunches or funny accents. Although I’m now fluent in English I still mispronounce words. “Colonel” gets me everytime and I still get teased for saying things like “it’s a Catch-21” instead of “Catch-22”.

In 1999, three years after arriving in Australia, NATO finally bombed Belgrade. My father’s predictions would sadly come true and he would be vindicated in his decision to uproot our lives. We were glued to our TV screens, watching SBS World News every night. It was our only portal into what was happening back home.

Considering the role TV news played in my life during that time, it was little surprise I decided to become a journalist. Like me, Maya and Sarah have decided to dedicate themselves to sharing the story of diaspora. Perhaps we do it to make sense of our own experiences.

The country that I come from doesn’t exist anymore. Now when I have to choose my country of birth on online drop down boxes, I have to tick “Serbia”. A country and nationality that I don’t particularly have an affinity to. I still consider myself a Yugoslav.

The country Syria that Sarah and Maya came from is also no longer the same place. Many people who come to Australia, weary and exhausted with nothing but hope, share this experience. It’s a feeling that gives immigrants like us a new perspective on life, one where we never take the new opportunities given to us for granted.

Sarah and Maya Ghassali's story is featured on Wednesday night's episode of The Feed on SBS VICELAND.