Groundbreaking IVF technology aiming to prevent mitochondrial disease has been given the green light, after a late-night conscience vote enacted new laws enabling the controversial procedure to be carried out in Australia.

Dubbed “Maeve’s law” after the Victorian family of a young girl with the rare but serious condition known as “mito”, the bill passed 37-17 in the Senate without amendments late on Wednesday night after a passionate debate. 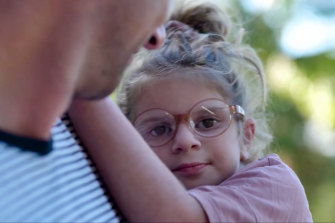 Health Minister Greg Hunt welcomed the vote, tweeting that the “globally leading” legislation would give hope to families across Australia.

Mitochondrial disease refers to a group of disorders that occur when faulty mitochondria fail to produce energy in the body’s cells as they should.

About 50 babies are born with a severe form each year, and many die before the age of five.

Mitochondrial donation is a procedure that works by replacing the faulty mitochondrial gene in an egg cell with a working gene from a donor egg, with the aim of preventing the condition while conceiving.

While the legislation was championed by paediatrician MPs, Labor’s Dr Mike Freelander and Liberal Dr Katie Allen, religious groups and some Parliamentarians opposed it.

Labor senator Deborah O’Neill sought to amend the bill with the backing of senators including Kristina Keneally, who shares her Catholic faith, but was unsuccessful.

“There are people of no faith who also share these views about the protection of human life and embryos,” Senator O’Neill said in the chamber on Wednesday night.

Liberal Senator Paul Scarr said he had struggled to support the bill “on an ethical basis”, taking issue with the idea that “one should create an embryo with the intention that part of it will be transferred and the balance destroyed”.

Jacqueline Maley cuts through the noise of the federal election campaign with news, views and expert analysis. Sign up to our Australia Votes 2022 newsletter here.