There’s a strong whiff of deja vu about Ticket to Paradise, a rom-com with an ensemble cast of assorted ages, who all get their chance at love in a suitably exotic setting.

There are certainly echoes of Mamma Mia, which makes sense since the film’s director and co-writer is Ol Parker, who did the Mamma Mia sequel, Here We Go Again! 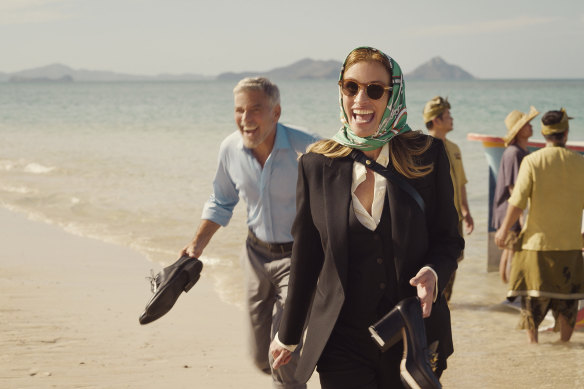 George Clooney and Julia Roberts in Ticket to Paradise.Credit:Universal Pictures

The only surprise lies in the fact that the film’s co-stars, Julia Roberts and George Clooney, haven’t teamed up to do this sort of thing before.

It’s the fifth film in which they’ve appeared together and it’s clear that they’re enjoying themselves as a divorced couple who are nobly attempting to set aside their distaste for one another long enough to accomplish an important mission. United in their desire to prevent their daughter, Lily (Kaitlyn Dever), from making the same mistake as they did, they are travelling to Bali to dissuade her from marrying Gede (Indonesian actor Maxime Bouttier), a dreamily handsome local she’s known for five minutes.

That’s the premise. In reality, Bali was off-limits because of COVID and was re-created in an impossibly idyllic form in the Whitsundays and on the Queensland coast. Australian government incentives helped to sweeten the deal and the team from Working Title, the British company responsible for Four Weddings and a Funeral, Notting Hill and Love, Actually, became the film’s co-producers. 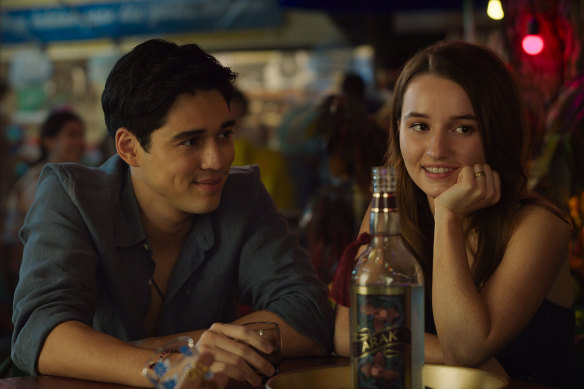 Hostilities between Roberts’ Georgia and Clooney’s David get under way at Lily’s graduation from law school. Unhappily seated next to one another, they start jostling for custody of the armrest while trading barbs over grudges that go back 25 years. But you can already see that a reconciliation is in sight. According to this particular rom-com formula, any couple who can put this much energy into lobbing insults at one another will eventually achieve a happy ending.

There’s lots more shouting to be done, however, before we get to that point and sadly, there aren’t enough laughs along the way. Parker has a great track record in comedy. He wrote the screenplays for The Best Exotic Marigold Hotel and its sequel, but you get the feeling that Clooney and Roberts were allowed to improvise more often than was wise. It’s all a bit broad, especially when they temporarily forget their differences during a night of drinking games and daggy dancing.

A few of the supporting players have their moments. Genevieve Lemon is at her ditzy best as a woman unlucky enough to score the seat between Georgia and David on their Bali-bound flight. And Billie Lourd, who appeared with Dever in Booksmart, makes droll work of her role as Lily’s best friend. And there’s the setting. While it has little to do with the real world, it’s a seductive slice of make-believe.