Cleaning experts have revealed the washing ‘hacks’ that work for your dishwasher and washing machine – and the ones you shouldn’t waste your time on.

After the recent tip for placing dishwashing tablets in your washing machine to clean them went viral, the experts at CHOICE warned this ‘hack’ may to be doing more harm than good to your appliance.

White goods expert Ashley Iredale said while the trick ‘may work initially’, he doesn’t ‘recommend it’ as it may damage the machine.

So what are the other dos and don’ts for your household appliances? 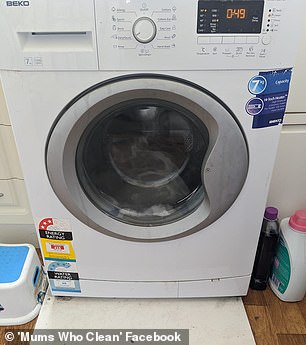 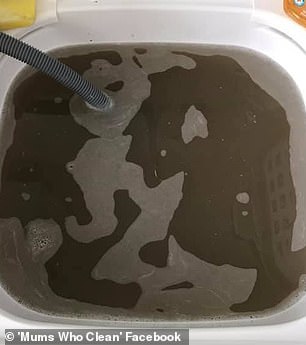 According to the experts at CHOICE, using dishwashing tablets to clean your washing machine may damage the machine

DO: SAVE WATER AND DON’T WASH BY HAND

First up, the CHOICE experts recommend using the dishwasher more often than handwashing dishes as while it might surprise you, it actually saves water and is more energy efficient.

Not only is this cost effective and better for the environment, but it will also save you additional time in the kitchen too. 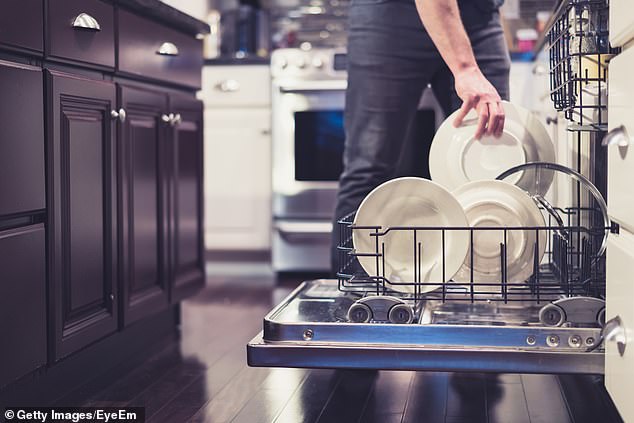 DO: USE VINEGAR TO CLEAN THE DISHWASHER AND BRIGHTEN FABRICS

WHAT ARE CHOICE’S WASHING HACKS?

It’s commonly known to clean the dishwasher using vinegar to remove soap and odours from the appliance, but the experts say it really does work – and it’s a cheap option too.

Although it’s recommended to check the appliance’s manual first and read the manufacturer notes as some brands state you shouldn’t use vinegar on certain machines.

To clean, pour 250 milliliters or one cup of vinegar into the bottom unit or into a bowl on the top or bottom rack.

Then turn on the machine and run on a full cycle without any dishes inside.

Vinegar can also be used in the washing machine to brighten colours, whiten whites and is a good alternative to fabric softeners.

Simply add one cup of vinegar to your load – but check your machine’s manual before doing so, too. 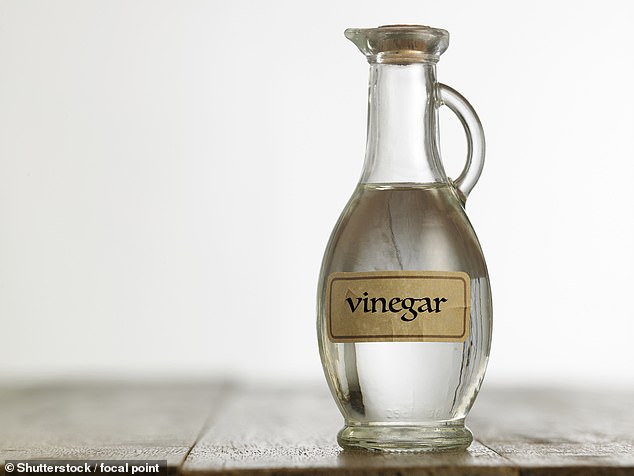 It’s commonly known to clean the dishwasher using vinegar to remove soap and odours from the appliance, but the experts say it really does work. It can also be used in the washing machine to brighten colours and whiten whites

Many will rinse their dishes and cutlery before putting them into the dishwasher, but apparently this is unnecessary.

The experts have discovered that rinsing the dishes ‘doesn’t make any difference to how clean they come out at the end.’

Simply scrape off excess food to avoid any particles getting stuck in the appliance. 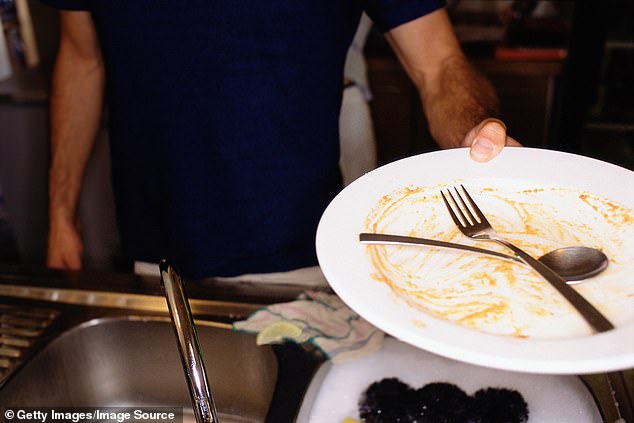 DO: CONVERT A WHEELIE BIN INTO A GREYWATER TANK

One of CHOICE’s more creative ideas is to convert a new or unused wheelie bin to reuse greywater from the washing machine for other purposes.

Choice’s expert Ashley said she wanted a small water tank to store greywater in though her local hardware store had sold out of water-saving products.

‘Instead, we settled on a 100L wheelie bin – it holds the same amount of water but it’s about half the price,’ he said.

‘We rigged it up with an inlet for the grey water extension hose near the top and a tap kit at the bottom by drilling two 28mm holes.

‘Our backyard is on a slope, so we can hook a regular garden hose up to the tap at the bottom of the bin and gravity takes care of distributing the water onto the lawn.

‘All up we spent about $100 and now our lawn is lush and green again – it’s actually being watered more often than before the water restrictions!’ he explained.

Although if you already have a water tank, this can be used just as well. 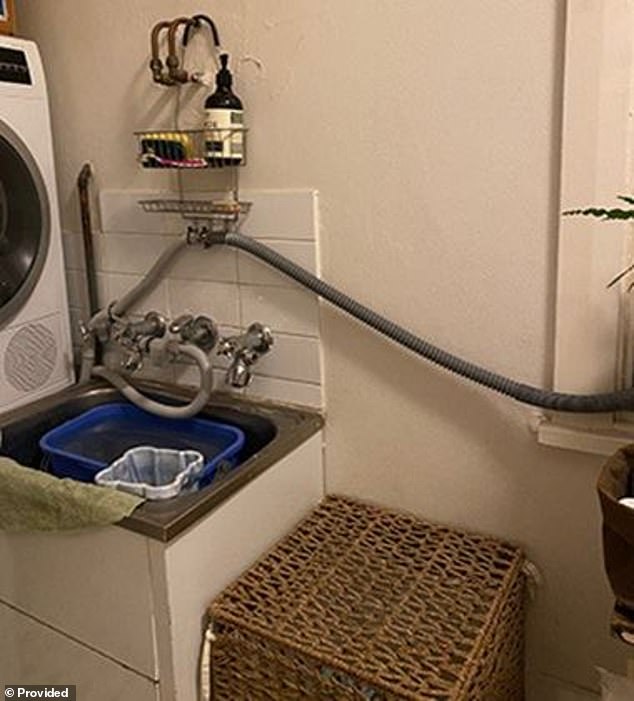 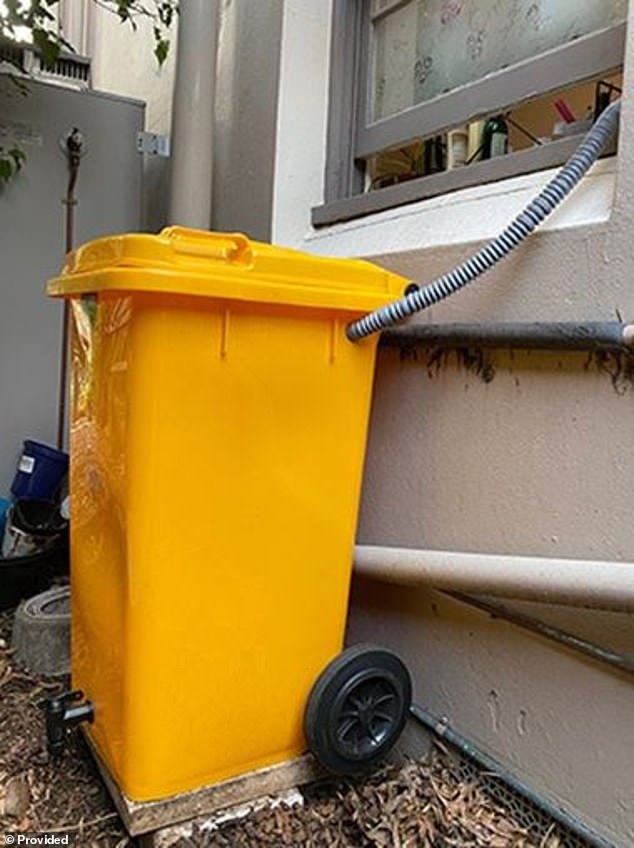 Instead of buying a new water tank Alice bought and converted a wheelie bin into a greywater tank (above). ‘All up we spent about $100 and now our lawn is lush and green again,’ she said

DO: AN OCCASIONAL HOT LOAD

Unlike the tip that went viral of placing dishwashing tablets in your washing machine to clean the inside drum of the washer, experts recommend simply running an occasional hot cycle.

‘If you regularly wash in cold water, run the occasional very hot empty cycle, with just a bit of good-quality detergent in the dispenser,’ they said.

CHOICE also recommend to stop using fabric softeners as they gradually add to a build-up inside the appliance.