HL spoke to Karrueche Tran, Carrie Preston, and the rest of the ‘Claws’ cast about what fans can expect from the ‘explosive’ final season.

It’s the beginning of the end for Claws, and stars Karrueche Tran, Jenn Lyon, Carrie Preston, and Judy Reyes are promising a wild ride for the hit TNT drama’s fourth and final season, which premieres on Dec. 19. “The previous seasons were pretty crazy, and it just gets crazier,” Karrueche, 33, who plays Virginia, EXCLUSIVELY told HollywoodLife. “And we are definitely going out with a bang.” Jenn, 36, who stars in the show as Jennifer, shared similar sentiments about the final season. “Just when you think it can’t get crazier, we’ll take it up a notch,” she told HL. “I think it’s gonna be a really exciting season. We just love these characters in this world that has been created so much. And we just hope we can do the fans justice.” 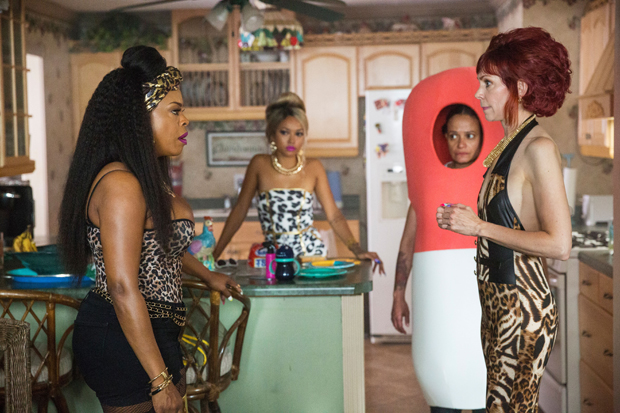 Claws follows Desna Sims (Niecy Nash), the owner of a nail salon in South Florida who gets her four trusty employees — Virginia (Karrueche), Jennifer (Jenn), Polly Marks (Carrie) and Quiet Ann (Judy) — thrust into the crime world after they start laundering money from a neighboring pain clinic. Carrie, 54, admitted to HL that she has mixed feelings about the show ending, calling it “the most treasured experience of my whole career.” She added, “It made us sad to think, ‘Oh gosh, this is the last time we’re going to be in the salon,’ and we would just count down all the momentous moments throughout the season. That said, I’m excited to finally share the season with the fans. They’ve been waiting a long time. I think it’s gonna be bittersweet to see the show air and know this is our last hustle.”

As for Judy, the 54-year-old actress said she’s had “the most treasured, unique experience” getting to play fan-favorite Quiet Ann on the show. Judy also teased to HL what’s in store for Quiet Ann’s last hurrah. “She’s very vocal this season. She was going through a lot of stuff,” Judy revealed. “We know that she blew up a casino because her wife died, so you’re gonna see that unfold in terms of the relationship that she forges with Uncle Daddy [Dean Norris]. We’ll see how that affects her story arc throughout the season.” 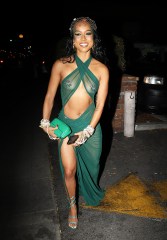 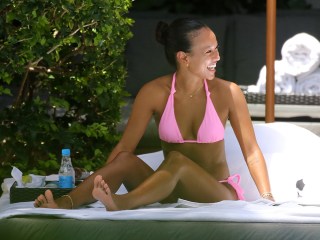 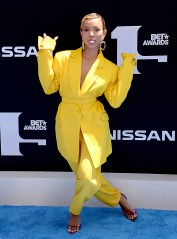 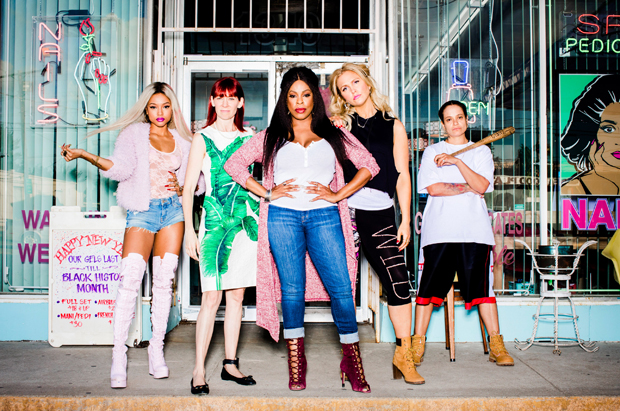 Jenn further teased Claws season 4 to HL by calling it “explosive,” incendiary,” and “el fuego.” The actresses also gave some non-spoiler hints as to how the journeys for their dynamic characters end, starting with Karrueche. “I feel like you see Virginia’s growth and maturity and finally being taken in by all the ladies. That’s all she’s wanted all season is to just feel the love and to be one of them,” she explained. “As complicated and weird and different each character is, she just wants to feel the love and they all absolutely love each other.” 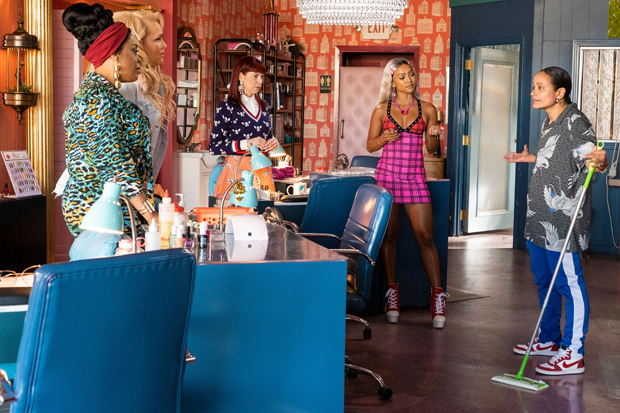 Meanwhile, Carrie said she’s “very happy” with how Polly’s story wraps up on Claws. “I actually am very pleased with what they gave Polly to do this season and the resolution of the character,” she told HL. “It’s always entertaining and surprising and strange. I couldn’t be happier.”