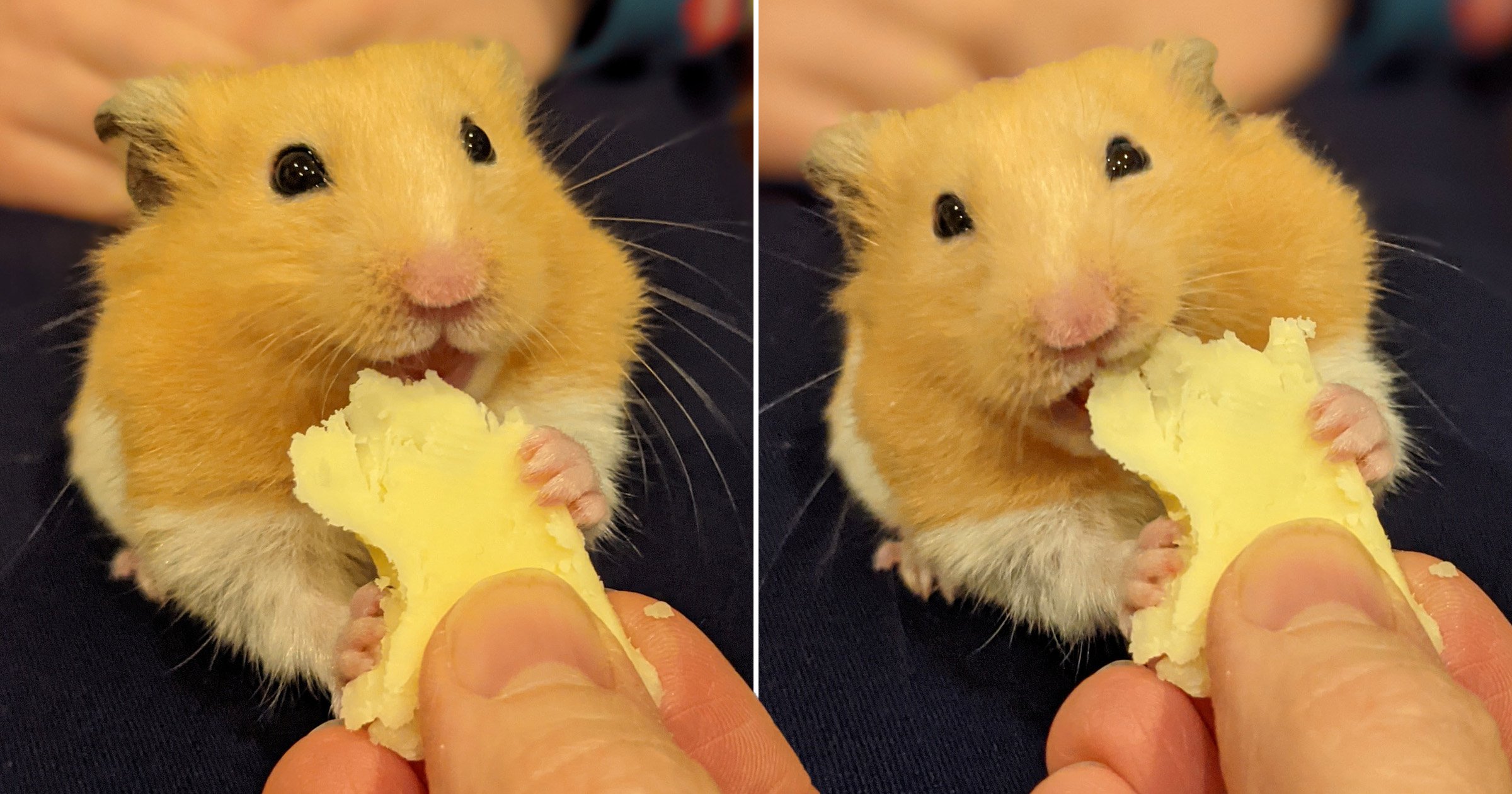 A very fussy hamster called Toffee has developed a taste for the finer things in life.

The brie-lliant little dude used to happily accept cheese from any old shop until owner Jo Le Page let him have a taste of the good stuff.

Even though Jo, 40, only gives the hamster cheese as a treat on rare occasions, she says he remains picky.

The mum-of-two explained: ‘I know hamsters aren’t supposed to eat much dairy, but a little now and again is fine.

‘But after he had some from Waitrose, he turned up his nose at Iceland and Co-op cheese.

‘It was amusing – he clearly knew and he walked away from it.

‘For his birthday this year we gave him a chunk with a candle in it – not lit of course – and he grabbed the cheese straight away and started to eat it.

‘People find it hilarious when I tell them – he lives a pampered life, so he’ll probably live a long time.’

Pre-school worker Jo got Toffee two years ago, and the rest of their family includes four guinea pigs and kids Grace, nine, and Isaac, five.

The hamster leads a charmed life indeed, sleeping all day until it’s time to show his face in return for his favourite cheesy snack – maybe sweet dreams are made of cheese.

She added: ‘When I tell people about his expensive taste, they find it so funny. Even the ones who don’t like rodents think he’s cute.

‘Toffee’s story always seems to cheer people up. As I get my guinea pigs salad from Waitrose too, we’re basically keeping the shop in business.’