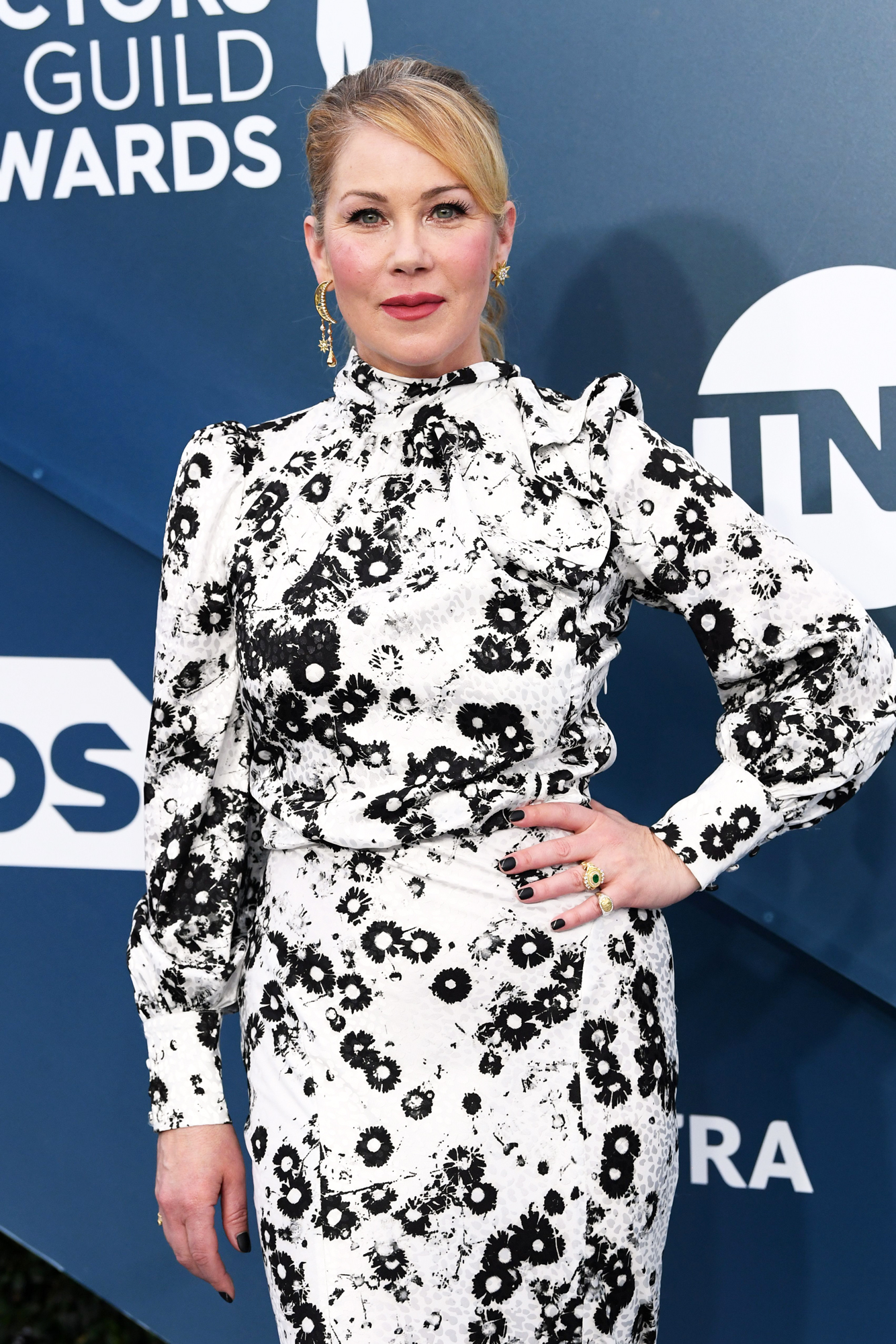 Happy to be there! Christina Applegate stepped out at the 28th annual Critics’ Choice Awards — the first awards show she’s attended since being diagnosed with multiple sclerosis.

Applegate, 51, was nominated for Best Actress in a Comedy Series at the awards show. During the Sunday, January 15, broadcast, Cedric the Entertainer presented her category, in which she ultimately lost to Hacks’ Jean Smart. When the 58-year-old Neighborhood alum said her name, Applegate was seen applauding and smiling from her seat.

The Dead to Me star announced her intentions to attend the Los Angeles-based ceremony — hosted by Chelsea Handler — two days earlier. “So this Sunday will be the first awards show I have been to since 2019. And the first since MS. NERVOUS,” Applegate tweeted on Friday, January 13. “But grateful to the @CriticsChoice for including me.”

“Hi friends. A few months ago I was diagnosed with MS,” Applegate wrote via Twitter in August 2021. “It’s been a strange journey. But I have been so supported by people that I know who also have this condition. It’s been a tough road. But as we all know, the road keeps going. Unless some a—hole blocks it.”

She continued at the time: “As one of my friends that has MS said ‘We wake up and take the indicated action’. And that’s what I do. So now I ask for privacy. As I go through this thing.”

The Samantha Who? alum has since been candid about her health struggles and determination to finish filming the final seasons of her Netflix series despite her MS diagnosis. (Dead to Me’s third and final season aired in 2022.)

“I had an obligation to [the series creator] Liz [Feldman] and to Linda [Cardellini], to our story. The powers that be were like, ‘Let’s just stop. We don’t need to finish it. Let’s put a few episodes together,’” Applegate told The New York Times in November 2022. “I said, ‘No. We’re going to do it, but we’re going to do it on my terms.’”

She added: “This is the first time anyone’s going to see me the way I am. I put on 40 pounds; I can’t walk without a cane. I want people to know that I am very aware of all of that. … There was the sense of, ‘Well, let’s get her some medicine so she can get better.’ And there is no better. But it was good for me. I needed to process my loss of my life, my loss of that part of me.”

Christina Applegate’s Multiple Sclerosis Battle in Her Own Words

The Bad Moms star made her first public appearance later that month when she was honored with a star on the Hollywood Walk of Fame.

“The most important person in this world is my daughter. You are so much more than even you know. I am blessed every day [with you],” Applegate gushed of 11-year-old daughter Sadie, whom she shares with husband Martyn LeNoble, during the ceremony before addressing her illness. “Oh, by the way, I have a disease. Did you not notice? I’m not even wearing shoes. You’re supposed to laugh at that.”