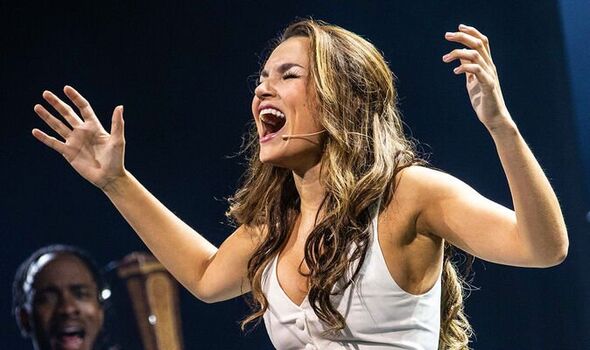 Endlessly tinkered with since its 1986 West End debut, you never quite know which version (or songs) you’re going to get. From ABBA composers Benny and Bjorn, the show never found the effortless mainstream popularity of the Swedish supergroup, despite including the crowd-pleasing I Know Him So Well and One Night In Bangkok. The overarching plot about competing 1980s chess masters in the Cold War era remains a truly terrible idea, but the underlying interpersonal dramas are rich with dramatic juice and the smart, spiky lyrics are some of Rice’s best. It’s true the semi-operatic music might appear challenging but it is packed with endlessly exquisite refrains and hooks that reward your attention. It is also quite possibly the toughest score to sing in mainstream modern musical theatre. But when it works, oh boy, it is sublime. 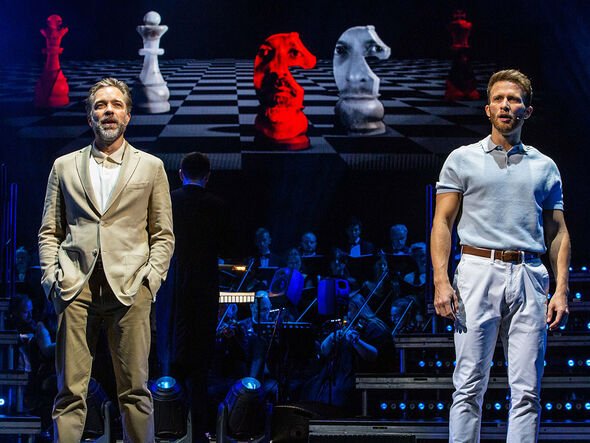 This two-day-only concert (Monday night and Tuesday matinée and evening) production glories in the grand setting of the Theatre Royal, regular home of Frozen, and also borrows its leading lady. The cold certainly doesn’t bother her any more because Barks is absolutely on fire as Florence, the aide of bad boy US world champion Freddie (Joel Harper-Jackson) who falls in love with his world-weary Russian rival Anatoly (Hadley Fraser).

All three leads are vocally sensational, with Barks’ star power rewarded by having the reworked reprise of Anatoly’s showstopping Anthem given to her to close the night on a roof-raising high. Fraser has real presence and a beautiful rich tone but the real revelation of the night is Harper-Jackson. 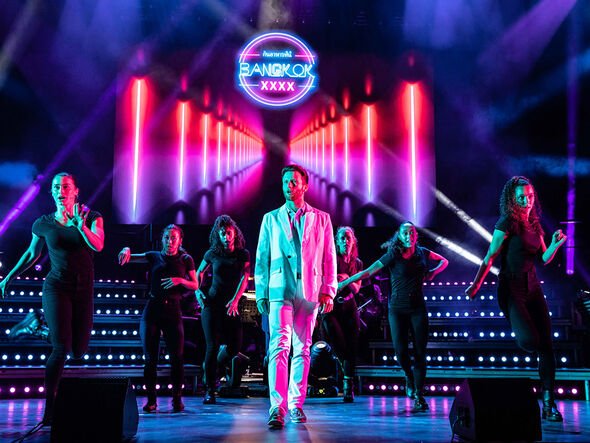 Harper-Jackson brings a jagged swagger that is beautifully peeled back to reveal the wounded boy underneath in a showstopping Pity The Child.

This multi-octave marathon is the Everest of male musical theatre songs, scaled by few and rarely well. Until last night.

Harper-Jackson effortlessly handles the vocal challenge with fluid beauty and also brings the drama and pathos. It is one of the best performances of any song I have ever seen.

Elsewhere, Craig Els has fun with manipulative Russian handler Molokov but a couple of the other lead vocals disappoint, unable to handle the complex range and breathing patterns. 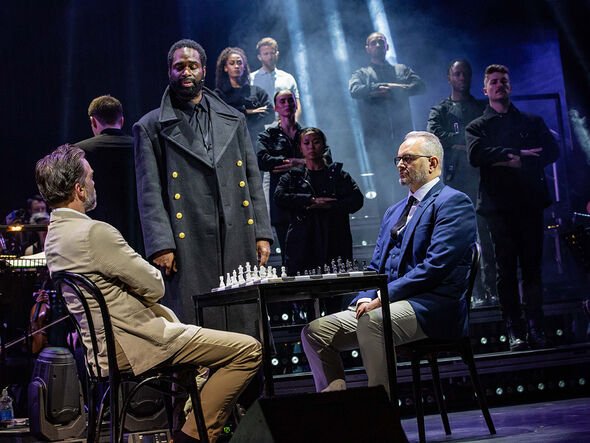 I understand the worry that a concert format with no sets and few costumes risks feeling static, but, particularly in the Second Act, the background dancing was too often frustratingly distracting and utterly unnecessary. Trust the material. It has more than enough to hold our attention.

The excellent 50-piece orchestra and backing choir handled the complex material with clarity but the decision to go with smoother mezzo forte arrangements robbed much of the score of its tremendous power and attack. This is a show packed with bombast which can be performed with a rock opera intensity and electric guitars. It should give you goosebumps. Instead, it veered towards muzak at times.

Nevertheless, there was so much talent on stage (particularly the three leads) that there was still much to savour, and any chance to hear this rarely performed masterpiece is to be embraced.

CHESS THE MUSICAL AT THE THEATRE ROYAL DRURY LANE AUGUST 1 AND 2.