Medical experts are calling on the federal government to introduce universal access to self-collection for cervical screening, a move they say would cement Australia’s position as the global leader in the quest to eliminate cervical cancer.

Claire Nightingale, a research fellow at Melbourne University’s School of Population and Global Health, said there was a broad consensus among experts on the major role self-collection could play in dismantling deep-seated inequities in women’s access to screening.

Australian Cervical Cancer Foundation data shows that about 950 women are diagnosed with cervical cancer Australia-wide each year, with well over 70 per cent of cases occurring in women who have not been screened regularly or at all. 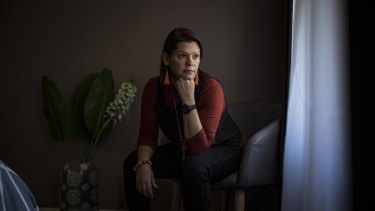 Lack of time, fear of pain, embarrassment and past trauma or abuse were just some of the recognised reasons women refused or forewent clinician-collected cervical screening tests, Dr Nightingale said.

Jodhi McMahon was a 38-year-old registered nurse with a background in gynaecology and oncology when she was diagnosed with cervical cancer. Though she was well aware of the importance of regular screening, she was two years overdue when her cancer was discovered.

“My cancer diagnosis really hit me for six,” Ms McMahon said. “We had just moved interstate, had a new baby and time had got away from me. I just hadn’t made my own health a priority.”

Dr Nightingale said more complex barriers to testing typically manifested in culturally and linguistically diverse populations, including Indigenous communities, LGBTQI groups and people with disabilities. As a result, these groups were the most vulnerable to both developing and dying from cervical cancer.

Self-collection was introduced in a limited form at the end of 2017 as part of a change to the national cervical screening program which saw two-yearly Pap tests replaced with five-yearly HPV tests.

But new scientific evidence, which revealed an “equivalent sensitivity” between the two methods, had paved the way “for universal self-collection as a choice for women”, Professor Canfell said.

That same evidence prompted the Medical Services Advisory Committee to endorse universal access to self-collection in a review of the national cervical screening program.

Professor Canfell is also director of the Daffodil Centre at Sydney University, a research centre on cancer control and policy. She said universal access to self-collection would be an “international leading innovation” and “a game changer” in overcoming barriers to screening in the fight against cervical cancer.

“[Self-collection] not only has the potential to be a much more culturally sensitive way of screening but it’s also a form of self-determination for women because it offers women a measure of control and choice over their health,” she said.

“We know that people who are under-screened really like [the option of self-collection] and that it engages people that would otherwise not screen,” Dr Nightingale said.

Associate Professor Julia Brotherton, medical director of VCS population health at the VCS Foundation, said Australia’s future success in eliminating cervical cancer as a public health problem would depend on the relative availability of self-collection.

“Self-collection is a safe and effective thing to do [and] if we want the elimination of cervical cancer to be for all women in this country, we really need to focus on those groups who are currently the most vulnerable,” Professor Brotherton said.

Four years on from her cancer diagnosis, Ms McMahon said it was “heart-breaking that women are still dying of cervical cancer when it is such a simple thing to prevent”.

On the most recent data, about 50 per cent of women are overdue for cervical screening and about 250 women die from cervical cancer in Australia each year.