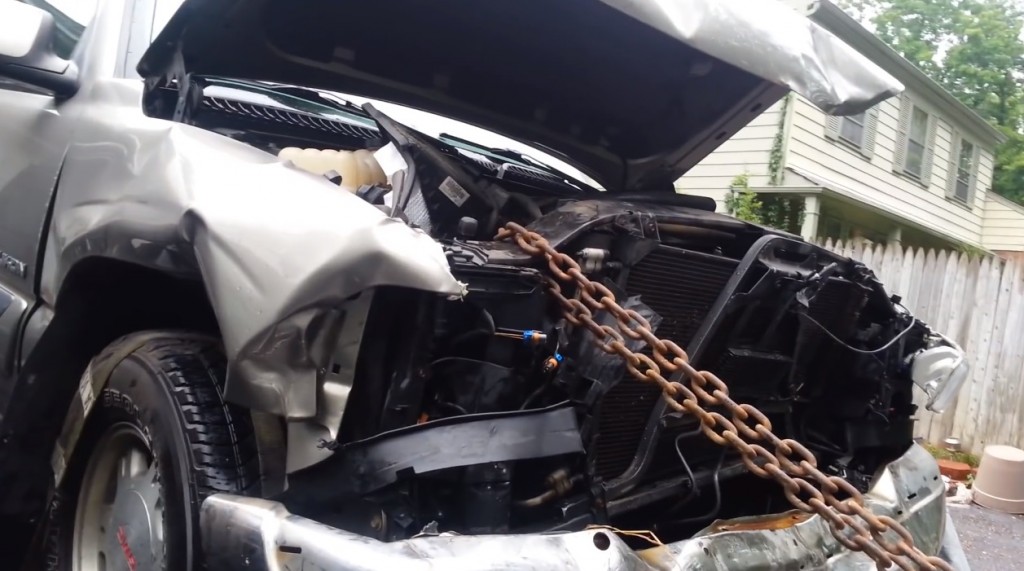 Some car issues aren’t worth the hassle | Source: Lee Calhoun via YouTube

In America, used cars can sometimes be bought for next to nothing. Unfortunately, that’s because thousands of severely compromised vehicles get quickly patched up and sold with “Like New” decals, which can make buying a used car pretty nerve-wracking.

Sometimes it’s the driver’s fault; certain people still think that oil changes shouldn’t be mandatory and that a smoking tailpipe isn’t a bad sign. Other times, there is nothing that can be done — like when a deer jumps out in front of the car while you’re cruising at 70 miles per hour and in turn the entire front of your car gets rearranged.

But regardless of whose fault it may be, sometimes the best plan of attack is actually knowing when to surrender. Cars aren’t cheap, but neither are they inexpensive to fix, and knowing when to hang up your hat is half the battle when repairs suddenly seem too overbearing.

We spoke with a few industry experts and auto repair shop owners, and came up with 10 repair problems that cause most people to walk away from a vehicle. Whether it be tedious, dangerous, or just downright pricey, this cheat sheet compiles some of the worst automotive fixes in an effort to let you know when to let go.

1. Road salt is basically a carcinogen to cars 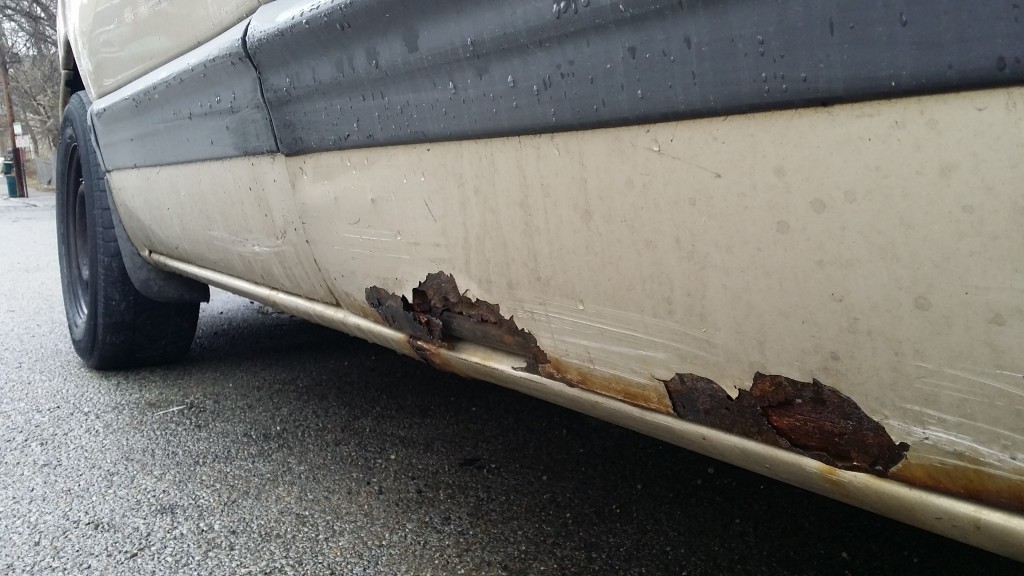 Older cars in particular tend to rust out faster than most people can say the word “tetanus,” and in areas that get lots of snow this issue is expedited at an alarming rate. Surface corrosion quickly eats into quarter panels and wheel wells, while exhaust systems and fuel tanks get the brunt of the road grime underneath. Certain areas are also very expensive and difficult to repair, so if your car has a rear quarter panel or a large section of severe rust along its frame rails, it might be time to reconsider your daily driver.

2. Rod knock that wants to blow through your block

For those of you who are unfamiliar with this term, by watching the video here you can get a pretty good idea of what I’m talking about when someone says “rod knock.” Drive a car hard enough, or without fresh fluids in appropriate amounts, and chances are that you will eventually encounter this issue, as connecting rod bolts and bearings wiggle their way toward freedom. Some people may try to ignore the issue by adding additives, which works all the way until the day a piston rod frees itself and goes charging through one end of your block.

3. The bent frame of shame

If your car gets hit hard enough by another vehicle or you plow into something at speed, chances are that the frame of the car is going to take a beating. Sure, you could take it to a body specialist and cough up ungodly amounts of green, but even then, you aren’t entirely out of the woods. Even though the frame may be back to its original shape, it has been compromised and weakened by the strain that was placed on it during the accident and while getting bent back into shape. Avoid cars with frame damage folks, there’s just nothing good about them.

4. Electrical gremlins and varmints, oh my! 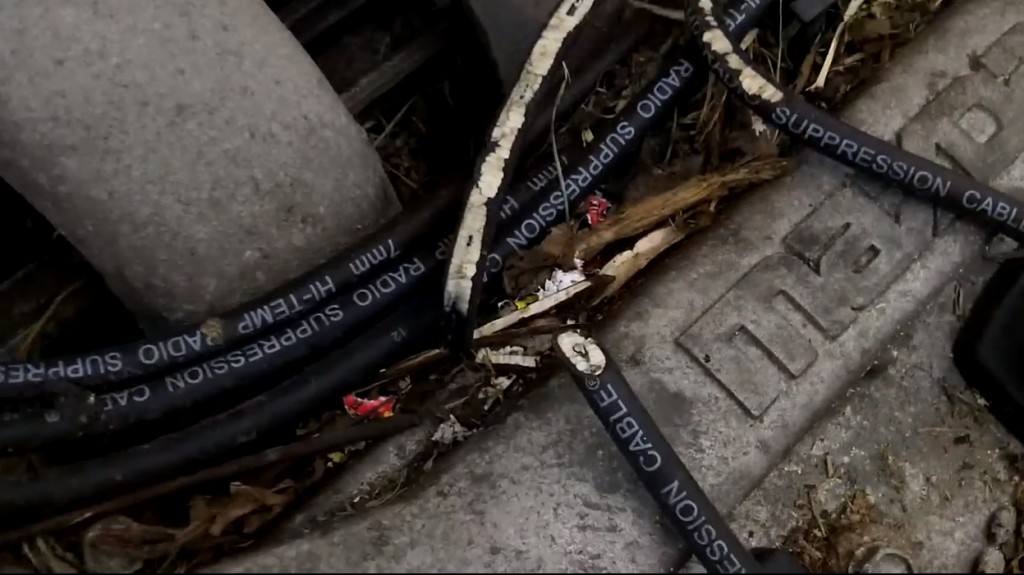 Newer cars may not be as prone to electrical issues as aging models, but that doesn’t mean that modern automobiles are off the hook in the wiring department. Tracking down electrical issues is a very tedious and expensive venture, but it pales in comparison to what happens when critters decide to make your engine bay their home. Pop the hood of any vehicle, and you’ll see a tasty farm filled with wires. So if for whatever reason a small rodent decides to claim this area as their nesting ground, you’re in for some serious issues. Mice, squirrels, and all manner of vermin have the tendency to gnaw on electrical wires, and even though it may not give them any form of sustenance, it will give you and your bank account a nightmare of a time. Replacing a single wire is one thing. Swapping in multiple sets, well, that’s just asinine. 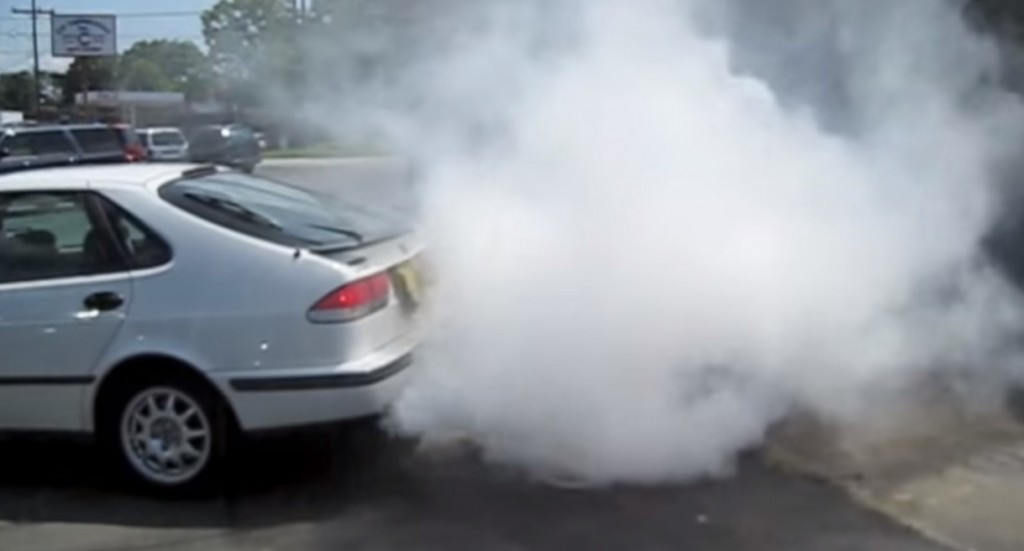 When the gasket that separates the block from the head of an engine goes bad, all kinds of pricey problems come to the surface. Oil and water were never meant to mix, so when a head gasket goes, antifreeze and engine oil bump uglies and an emergency C-section needs to take place to save your “baby.” If this doesn’t happen, a cloud of abnormal smoke will form, and at that point you might as well throw in the towel and start looking for a fresh, low-mileage motor. Putting a new head gasket on is possible — and common — even though it is expensive, but heavens knows what else has gone wrong during the “birthing process.” 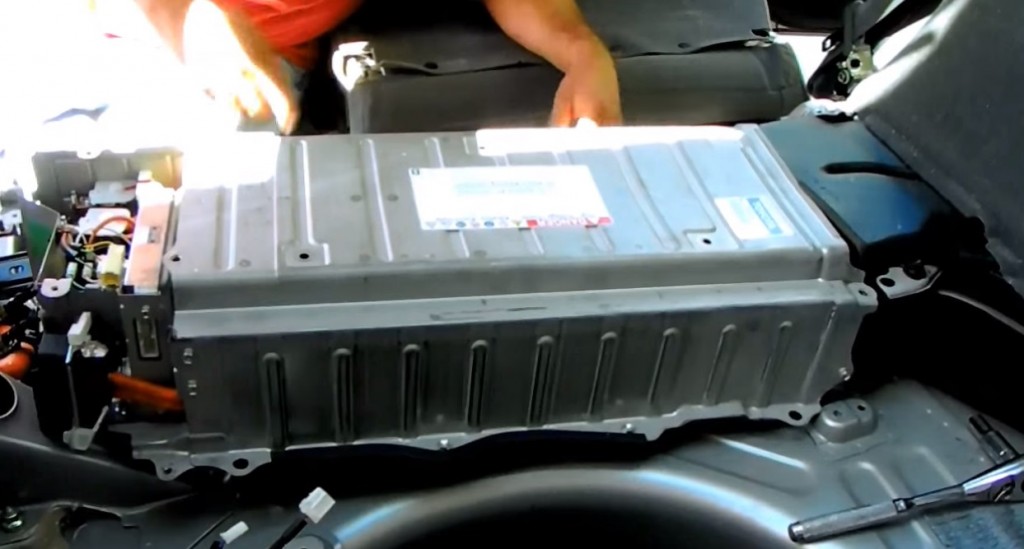 Everyone nowadays has a hybrid it seems. But even though a drivetrain may work well right off the lot, down the line those hybrid motors can become quite the pricey headache. The act of replacing a defunct hybrid battery (especially on older models) is a time-consuming, expensive affair, often requiring the removal of large portions of a car’s interior, and the re-calibration of vital electrical components. Hybrid owners will often abandon ship when they discover how much one of these “power-packs” costs, instead opting to take a steep cut in trade-in value for that prized Prius instead. 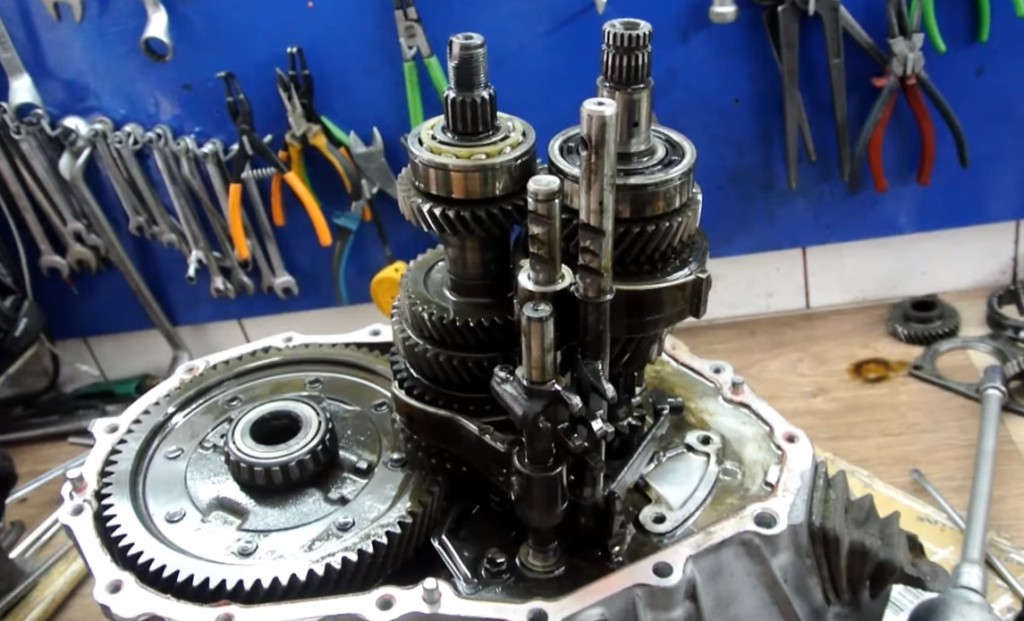 A transmission locking up on you while driving is a huge fiasco, as it not only leaves you stranded and in need of a tow, but also because back at the shop the process of replacing a transmission proves to be both expensive and time-consuming. This isn’t some “while you wait quick fix” we’re dealing with, and even though replacement transmissions can sometimes be had for very little money on older models, the labor costs alone on swapping them in are just staggering. 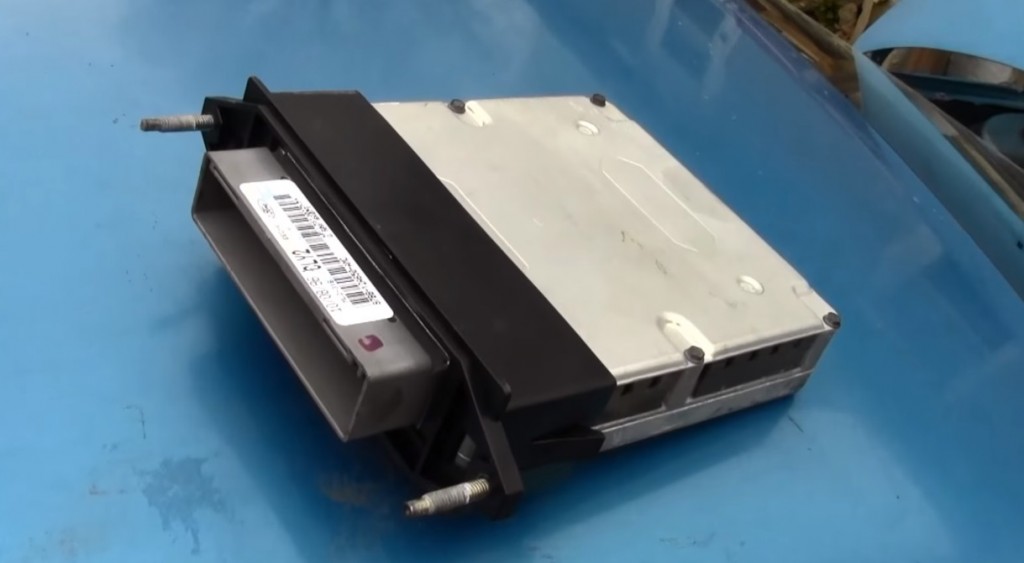 A car’s Power Control Module, or PCM, is basically the onboard computer consisting of the engine control unit (ECU) and the transmission control unit (TCU). So if your car’s brain suddenly develops a tumor, the engine and almost anything else that relies on microprocessor controls stand a good chance of shitting the bed. This may include the charging system, transmission, various emission controls, or the communications it may have with other onboard control modules. Add in the fact that installers typically don’t disconnect the car battery like they should prior to removing the old PCM before installing a replacement, and you’ve got a super expensive fix that requires extensive reprogramming and other technical issues. 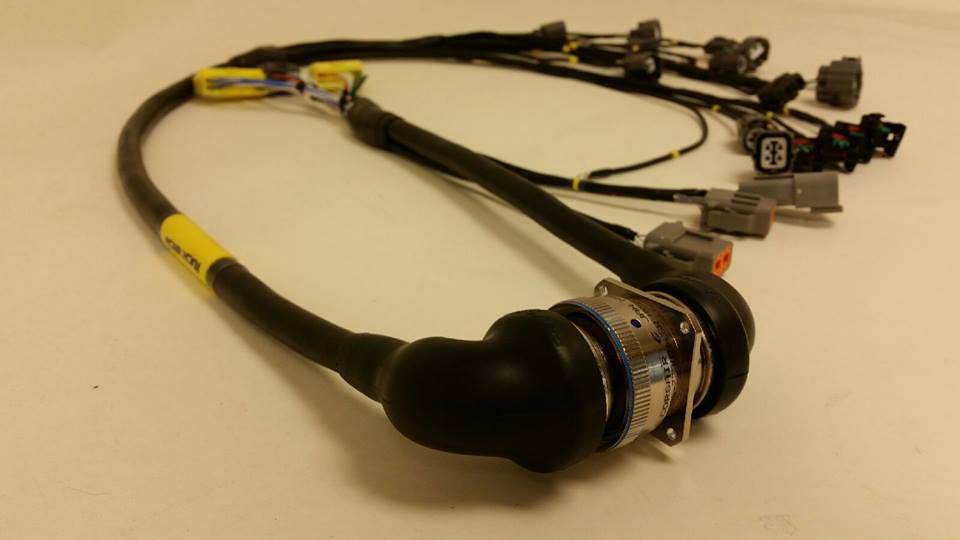 Unlike the wiring woes that I mentioned with squirrels and such, having issues with a car’s main wiring harness presents a much wider and far more frustrating swing at automotive issues. Unlike the gorgeous, aftermarket mil-spec example seen here, a typical OEM engine harness is a maddening array of wires that are bound tightly together and rerouted throughout the vehicle to make it all work. So if one wire goes bad somewhere along the way, chances are that the entire damn thing will have to be replaced, a process that is neither cheap nor easy to attempt.

10. A rank smell somewhere inside the cabin 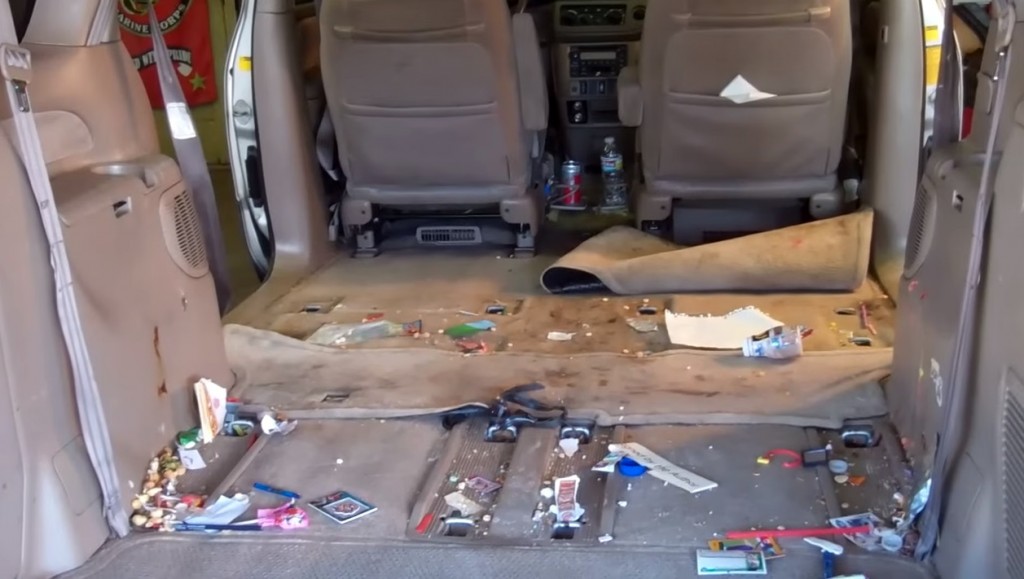 Bad odors can be more trouble than they’re worth | Source: SuperiorShine via YouTube

Our final issue of the day seems like a silly one, all the way up until you realize that some rabid animal has died in your car and you can’t find its corpse. From allergy-inducing carpet mold to gagging animal aromas, an offensive odor that refuses to go away is enough to send most people running to the dealer for a trade-in. Ripping a whole car apart in search of a single dead mouse that got trapped in the air vent does sound a bit extreme, but sometimes that’s what it takes to make a car usable again.