There’s nothing worse than sprinting to catch a bus, only for the doors to slam shut in your face at the very last second.

But while it’s tempting to blame the driver in this scenario, one TikToker – who works in the public transport sector – has revealed the reason they rarely wait for passengers.

Stephen, from Glasgow, has amassed over 127,500 ‘likes’ on his videos detailing his experience as a bus driver.

Last year, the social media star – who goes by the username Fat Bus Driver – responded to a comment from a furious viewer who labelled drivers ‘scumbags’. 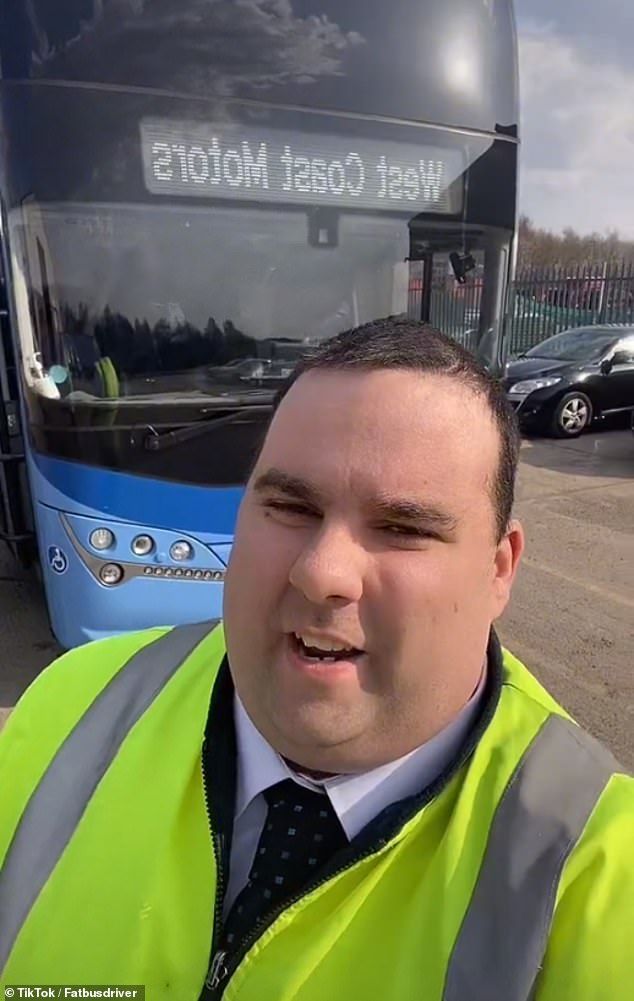 TikToker Stephen, known online as ‘Fat Bus Driver’, has 127,500 ‘likes’ on his videos detailing his experience working in the public transport sector

They wrote: ‘Glasgow drivers are total scumbags, they won’t even let you on if you’re still at the stop and [their] doors are closed [and they’ll] drive right by you. It’s a nightmare.’

Hitting back at this criticism, Stephen then proceeded to film a whole video explaining why drivers are required not to open their doors again at a stop.

He said: ‘Would this happen to be [taking place] in town by any chance? Because this is a good point and quite a lot of people don’t actually know this.

‘If we are in town, we are under TRC conditions which means they’re enforced by Glasgow City Council, SPT and our own inspectors.’ 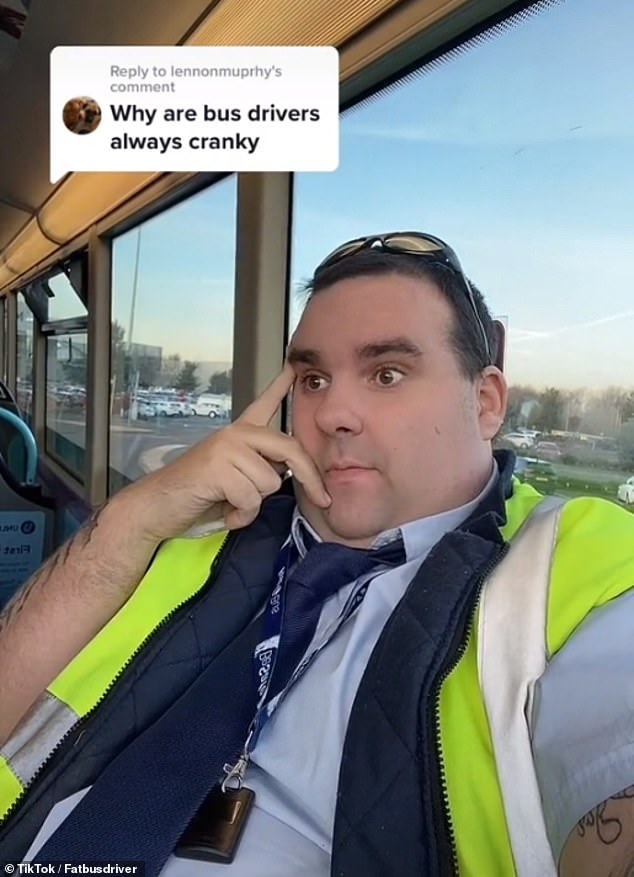 Stephen says drivers are can get in ‘serious s**t’ if they re-open their doors to allow late-running passengers to get on. He claims the company faces a fine if they’re caught doing it

As such, drivers are required to continue with the route once they’ve closed their doors to pull away – even if that means leaving a passenger who has just arrived at the stop behind.

He continued: ‘As soon as we’ve serviced a stop and the doors close, we cannot open them again.

‘The company faces a fine and and can have their bus license for that vehicle taken off which means it costs them money.’

Even if they wanted to let the passenger on, Stephen insisted drivers can ‘get into serious s**t’ for breaking this rule.

Backing up his point, he later shared a photo of a sign at a Glasgow bus stop which read: ‘Failure to be at the bus stop at the scheduled time will result in missing the bus.’

One replied: ‘Here’s an idea, wait for the poor sod running down the street to reach the door before closing them.’

‘Happens in small places etc too, not just the town,’ another added. ‘Happened a few times when my son was a newborn I was raging.’

Jumping to his defence, a third replied: ‘As said, City Centre has restrictions. Town drivers don’t have time to waste.’

Savvy baker shares ‘genius’ hack for measuring the perfect amount of parchment every time (and there are no scissors required!)

You have the eyes of a marksman if you can spot the sniper hiding in this snowy landscape – but how quickly can YOU spot them?