Spoilers for Wynonna Earp Season 3, Episode 8, "Waiting Forever for You." Wynonna Earp has already covered demons and angels, and now they can add locations like the Garden of Eden to their Biblical roster. While audiences have seen glimpses of the demon Bulshar (Jean Marchand) in Season 3, they finally understand what he’s looking for. In Episode 8, the big bad resurrects the Stone Witch from her salty grave, whose corpse roams Purgatory in search of three Tarot cards. At the tail-end of the episode, it’s revealed that Bulshar is searching for paradise, and it’s in the Ghost River Triangle. So what is the Garden of Eden on Wynonna Earp, and is it really the one mentioned in the Bible?

For those unfamiliar with the book of Genesis, the Garden of Eden is where Adam and Eve lived before sinning, according to the Bible. As Genesis 2:8-9 says, "Now the Lord God had planted a garden in the east, in Eden; and there he put the man he had formed. The Lord God made all kinds of trees grow out of the ground — trees that were pleasing to the eye and good for food." The next chapters go on to explain that God put Adam and Eve there to care for everything in the garden, but they weren’t supposed to eat one thing: the fruit from the tree of knowledge of good and evil. Naturally, they do, and God exiles them from the garden. 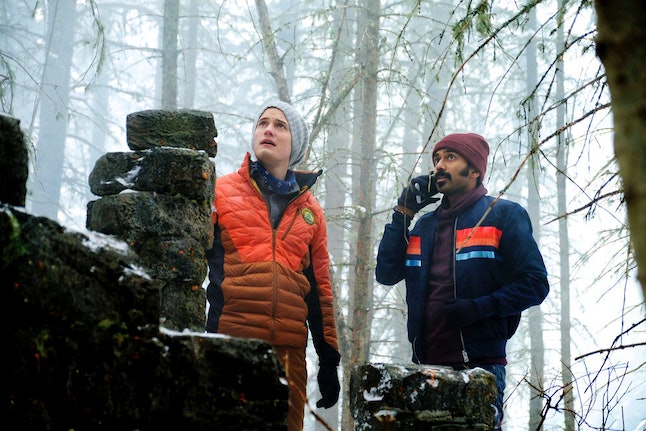 So why is Bulshar searching for this Biblical location? And, as Nicole (Katherine Barrell) points out, is it even in North America? However, to discover Bulshar’s motive, audiences must recall his interaction with Kate (Chantel Riley). In Episode 8, the vampire tells Wynonna (Melanie Scrofano) that her family moved to Purgatory before she became a vampire. Kate’s parents died soon after, and she began working as a fortune teller. One day, Bulshar — then known as Sheriff Clootie — came to have his Tarot cards read. "I’m looking for something in the Ghost River Triangle," he told Kate. "I’m close, but one piece alludes me. Powerful though I am, I cannot find it on my own. So you will do it."

The fortune teller nervously flipped over the Tarot cards that represented his past and present. But her hand hovered over the third card. "I can’t read your future," she said, obviously frightened of what it held. When Bulshar protested, Doc (Tim Rozon) drew his gun alongside Kate’s, and the Sheriff promptly left. As the two introduced themselves, the gunslinger slipped the three Tarot cards into his pocket. 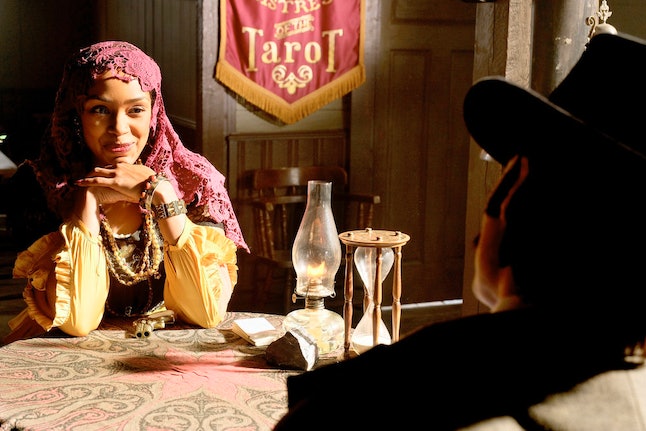 Present day, the Stone Witch steals these and delivers them to her husband, which Bulshar inspects. The past card depicts what looks like a demon. His present reveals three figures, dressed in what looks like royal clothing. Bulshar’s future card, meanwhile, features a tower. While it’s unclear what this means at the offset, the demon appears pleased and laughs maniacally.

And then there’s Bulshar’s ring, which has been bouncing around Purgatory, begging to be found. But when Waverly (Dominique Provost-Chalkley) puts it on, she’s not burned, and it even gives her powers. This excitement is short-lived, however, when she realizes the trinket won’t come off. While she, Nicole, and Jeremy (Varun Saranga) attempt to remove it, they find an inscription on the underside, which Nicole swears wasn’t there before. 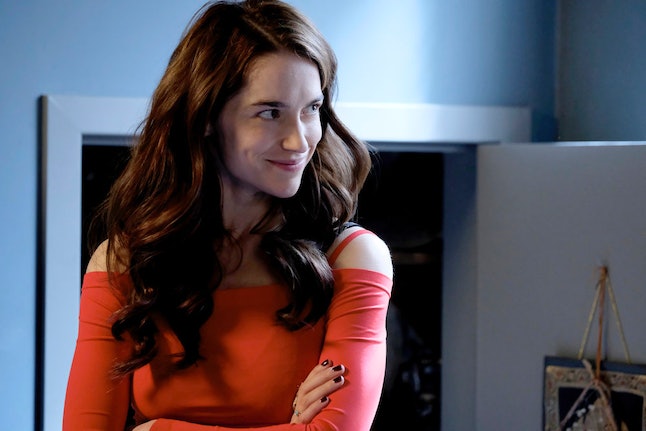 Even in such a tense episode, Wynonna makes room for humor. She and Kate have finally teamed up (at least temporarily) to search for the demon. "Wouldn’t it be awesome if Bulshar’s cards just said, ‘Hey, Bulshar! You’re a big, ‘ol back of deflated dicks!" Wynonna jokes. "Yeah, I haven’t seen that card," Kate deadpans. Fortunately, Wynonna has an idea out of this seemingly innocuous exchange: If her fate is linked with Bulshar’s, then perhaps their futures are the same — thus their Tarot cards.

Later on, Wynonna ollies through the door at the Earp homestead, screaming, "I know why Bulshar’s in the Ghost River Triangle!" She lays out her cards for Waverly, Nicole, and Jeremy to see. The past: a devil. The present: a tower, which means darkness and destruction, according to Kate. Wynonna’s future, however, shows two people making out. Or, as she says, "The first two to grab some birds and rub ’em on their bees?! Season 1, Episode 1 of Boneland?" 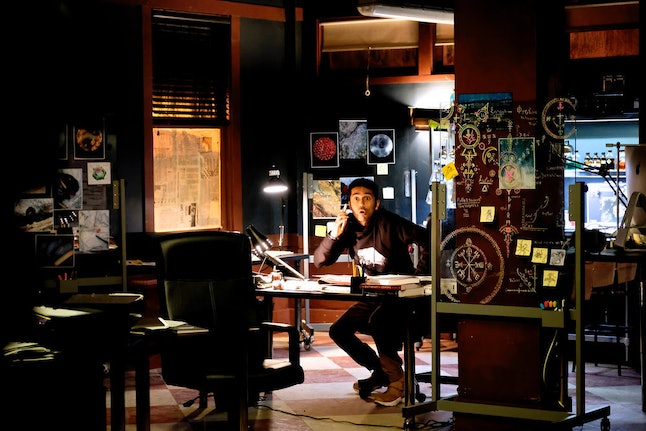 Nicole somehow figures out that Wynonna’s referring to Adam and Eve through that joke. Jeremy then discovers that the writing on Bulshar’s ring means "Garden of Paradise" in Arabic. So it looks like Bulshar really is looking for the garden? And it’s in the Ghost River Triangle, which has been hinted at in the past few episodes given that something is going on with the trees. (Not to mention the fact that Jolene was literally eaten by one.)

So while it’s not clear how the Garden of Eden will come into play, it’s obvious that Bulshar’s unknown missing piece is waiting for him there. "Juan Carlo said this was sanctuary, right?" Wynonna says, referring to the all-seeing priest from Seasons 1 and 2. "That’s why! [Bulshar’s] looking for the garden!" Just then, Jeremy’s boyfriend, Robin enters, who’s a bit worse for wear after licking a potato and crouching shirtless in the barn (long story).

"No, he’s not looking for the Garden of Eden," Robin says. "He already found it." So maybe Bulshar’s been onto something this whole time.